AWS Aurora running out of freeable memory and crashing

We have an issue with our AWS Aurora MySQL instance running out of freeable memory and crashing as a result. AWS's response was to upgrade to a bigger instance, but I don't feel that will necessarily solve the problem.

We are on a db.r5.large instance which is 15GB of RAM.

After a reboot it drops to 5GB of RAM which is pretty much expected, but then gradually declines over the course of a week to 0GB RAM and then reboots - and sometimes fails to do so and requires a manual reboot of the instance. 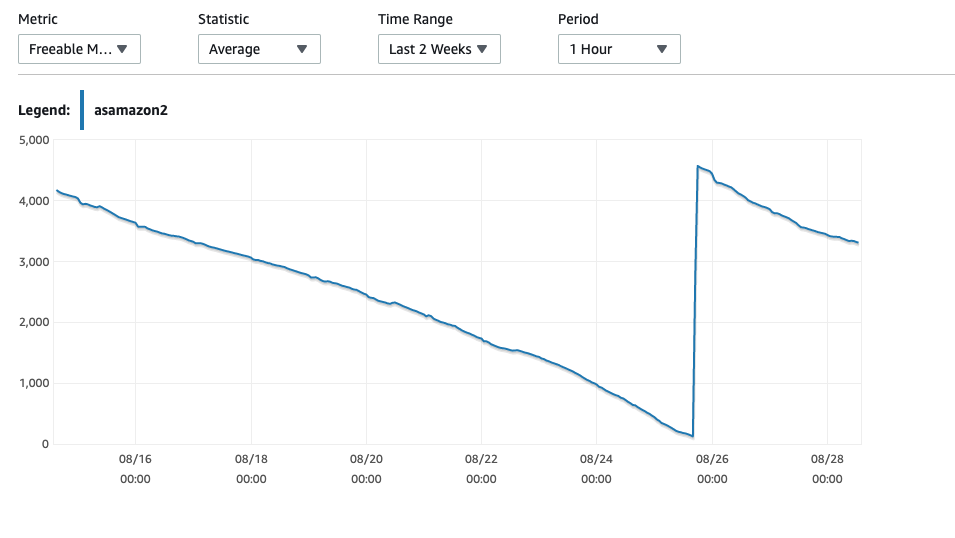 CPU usage generally hovers around 15% which spikes when we do heavy late-night processing.

From How large should be mysql innodb_buffer_pool_size?

gives 10GB as required to hold all data and indexes in memory.

shows only a couple of processes and no hung threads.

My question is, is there a way of ensuring the freeable memory never goes past a certain point and is released back for usage e.g it should never fall below 2GB so if something is memory heavy, it won't exhaust memory.

I understand there might be a performance hit for this, but before I scale up to a bigger instance (at double the cost) and experience the same slow decline to 0, I'd like to see how it performs as it's better than a production machine crashing at random times.

Not really sure how to run the Unix commands on the RDS instance as there's no access to the filesystem.

I checked other logs and it seems the CPU is steadily climbing too when it should burst and drop back to a normal level. 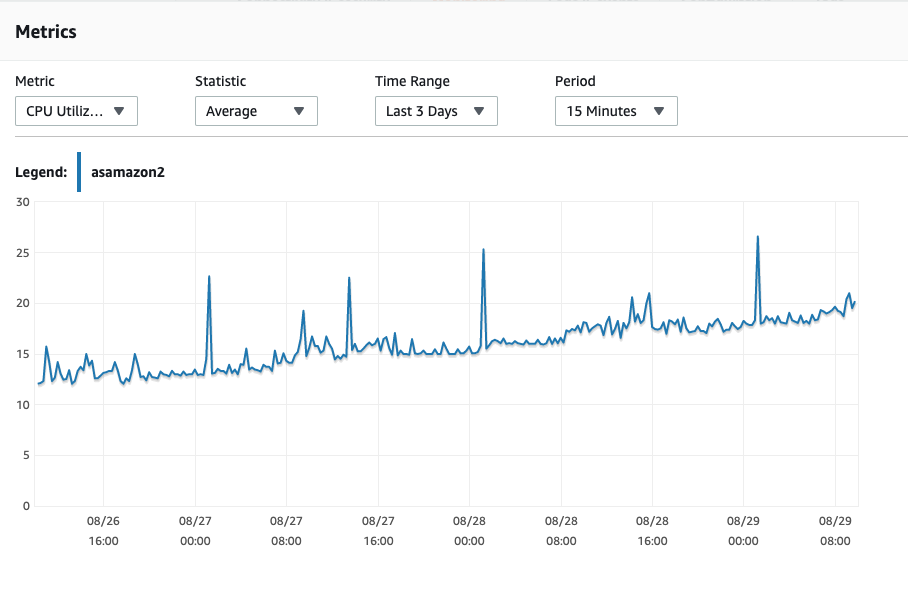 This is not a high traffic site, though it does do some heavy lifting behind the scenes. 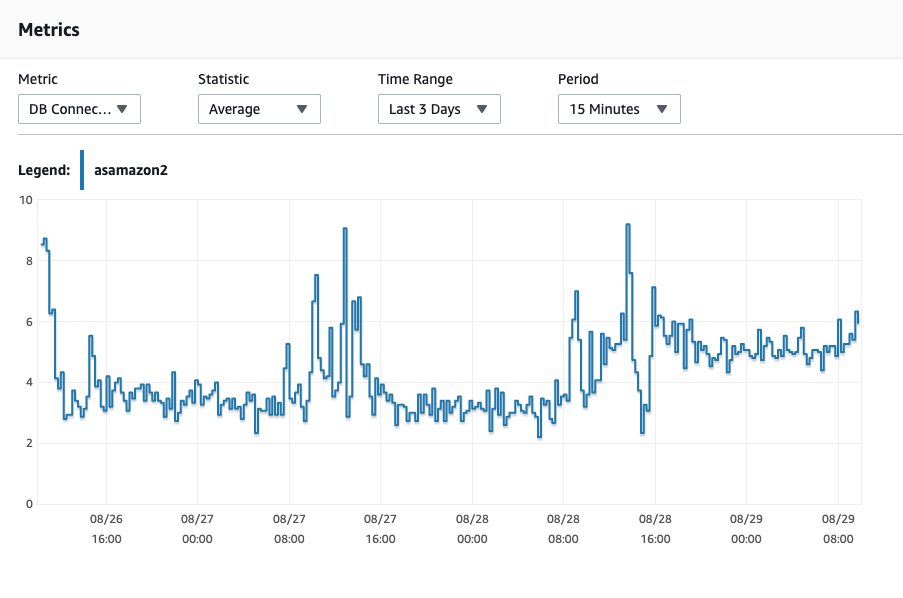 While doing further digging, I noticed there's an attempt at synching to a slave still active from when the initial migration was done. Even as root I can't remove it, but could this be eating memory / CPU?

The pattern still seems to be the same - CPU is going up and up - albeit gradually.

Slow log is empty (I know it's turned on as there was previously entries in it).

I also installed an APM tool and there is nothing suspicious coming up there - all script execute in the time they should as do the Db queries. We have some long-running CRON jobs (3 minutes), but they shouldn't affect the DB as they're on the webserver box. 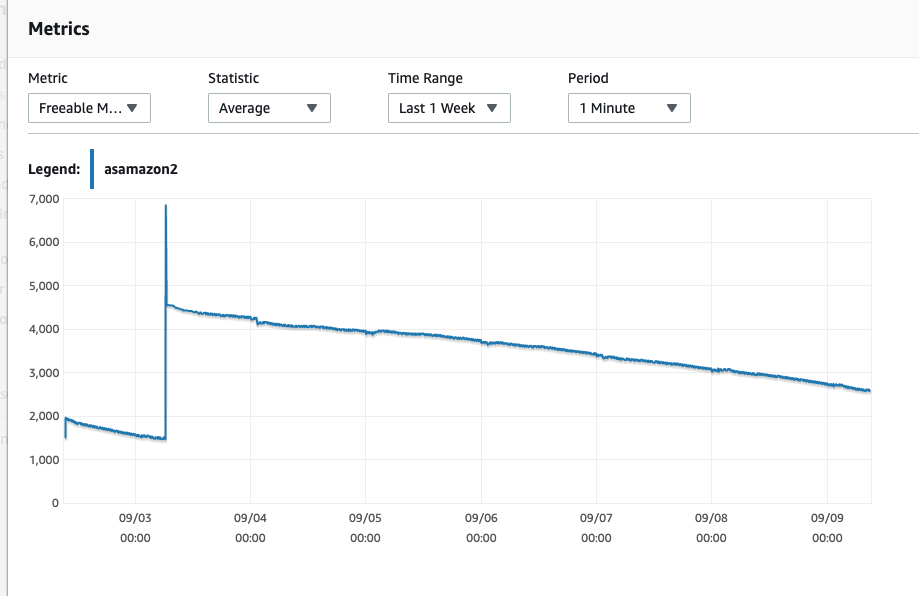 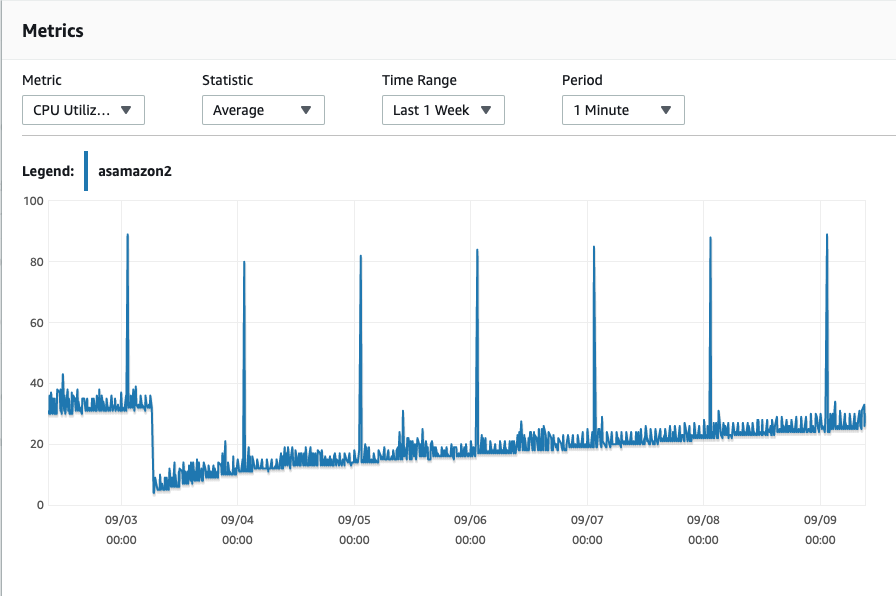 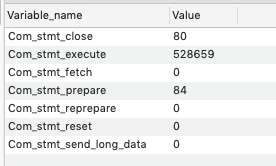 These Suggestions may help stabilize your instance.

Disclaimer: I am the content author of website mentioned in my profile, Network profile where we offer FREE downloadable Utility Scripts to assist with improving performance, more suggestions, contact info.

Not the answer you're looking for? Browse other questions tagged mysql memory crash aws-aurora or ask your own question.

192
How large should be mysql innodb_buffer_pool_size?

2
MySQL 5.5 Runs Out of Memory, Drops All Connections When Creating Many Databases
1
MySQL 5.6.17 running out of memory when opening table with many partitions
3
Release MySQL Memory and Performance Tunning
0
Mysql Crash SIGSEGV signal 11, recovered after killing apport
0
MySQL running out of memory
1
'Out of memory' Error for MariaDB on RDS
3
AWS RDS Really Odd Error… #1041 OUT OF MEMORY, Buffers OK and Memory OK