While installing PostgreSQL I keep getting the message:

This seems to prevent me from using PGadmin correctly.

In the install log I have found the following section which seems to indicate where things went wrong.

I haven't been able to find a solution to this problem.

I have tried the following without luck so far:

If anyone knows what could be the problem I'd be very grateful!

I've just struggled with this for several hours, so I'm posting this for anyone else who winds up here.

BUG #15856: The program "postgres" was found by "initdb" but was not the same version as initdb.

The specific symptoms are:

and although the versions match, you get this:

If these are your symptoms, the issue is that you have your region/language settings set to use UTF-8 (beta setting). This causes problems with lots of programs, and PostgreSQL is one of them. Disable this and re-install and you should be fine. 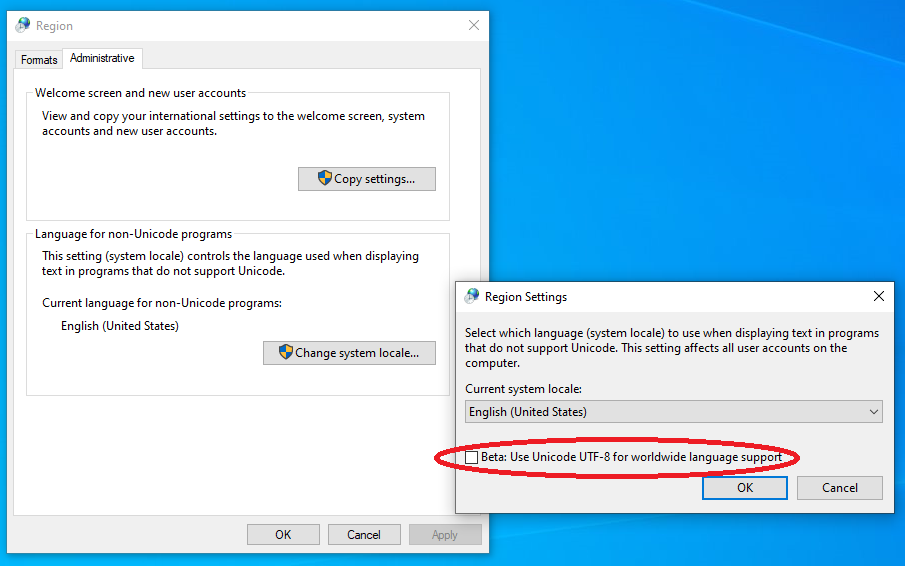