Since this still is a test database (we're migrating a production system from Oracle) we reverted to a backup and disabled IndexOptimize and everything returned to normal.

However, we would like to understand what IndexOptimize does differently from the "normal" Index Rebuild that could have caused this extreme performance degradation in order to make sure we avoid it once we go to production. Any suggestions on what to look for would be greatly appreciated.

Execution plan for the update statement when it is slow. i.e.
After IndexOptimize
Actual execution plan (coming asap)

I haven't been able to spot a difference.
Plan for the same query when it is fast
Actual execution plan

I suspect you've got a different sample rate defined between your two maintenance approaches. I believe Ola's scripts use default sampling unless you specify the @StatisticsSample parameter, which it doesn't look like you're currently doing.

At this point, this is speculation, but you can check to see what sampling rate is currently being used on your statistics by running the following query in your database:

If you see this is coming through a 1s (e.g. 100%) chances are this is your issue. Maybe try Ola's scripts again including the @StatisticsSample parameter with the percentage getting returned by this query and see if that fixes your problem?

As additional supporting evidence for this theory, the execution plan XML shows vastly different sampling rates for the slow query (2.18233 %):

John's answer is the correct solution, this is just an addition as to what parts of the execution plan changed and en example on how to easily spot the differences with Sentry One Plan explorer

When looking at all the query plans when your performance was degraded, you can easily spot the differences. 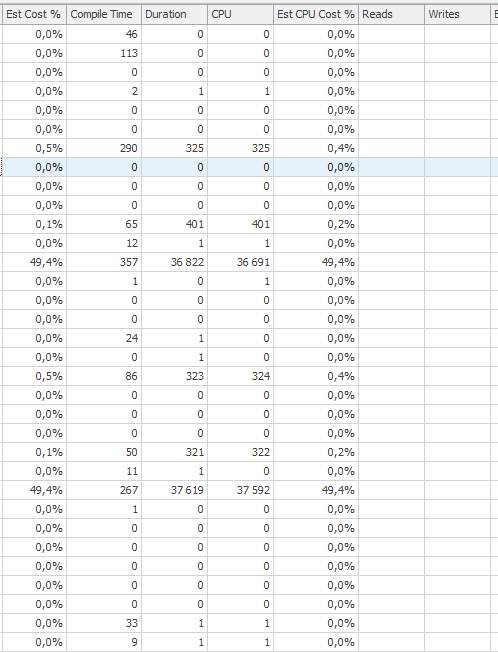 Two counts of over 35 seconds of cpu time & elapsed time 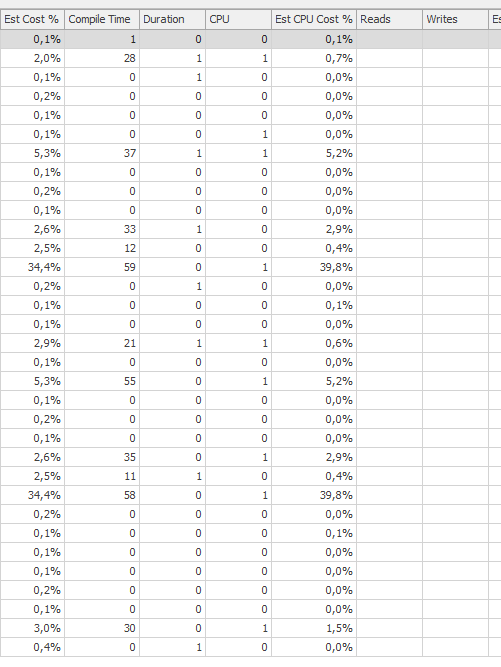 The main degradation is twice on this update query:

the execution plan for this query with degraded performance

The estimated query plan of this update query has very high estimates when performance was degraded:

While in reality (the actual execution plan) it still has to do work, just not the crazy amount that the estimates show.

The biggest impact on performance is the two scans & hash match joins below: 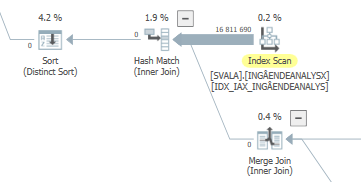 The execution plan for this query with expected performance

When you compare that to the estimates (or actuals) of the query plan with normal expected performance, the differences are easy to spot.

Also, the previous two table accesses did not even happen:

You don't see this elimination on the hash join because the build (top) input is inserted into the hash table first. Afterwards zero values are probed in this hash table, returning zero values.

Without more information we can only take lightly informed stabs in the dark, so you should edit the question to provide a little more. For instance the query plans for that update statement that you have given the timings for, both before and after the index maintenance operations as the plans may differ due to the index stats having been updated (https://www.brentozar.com/pastetheplan/ is useful for this, rather than filling the question with what might be a huge chunk of XML or giving a screen-grab which doesn't include some of the pertinent information the text of the plan contains).

Two very simple points off the bat though: