Which Plan is Better? WHERE EXISTS Instead of INNER JOIN

Did a switch to a WHERE EXISTS in temp table (Object13 in the plans) from an INNER JOIN to said temp table in final select in procedure.

Logical reads plummeted, but plan cost and memory performance seem worse. Duration and CPU are slightly better with the WHERE EXISTS

Curious if this new plan (with the WHERE EXISTS) is superior to the one with the INNER JOIN. If so - why technically would a WHERE EXISTS would be a better option?

Here are stats of two plans:

So we have two options:

In order to compare right, you should try checking statistics on your tables also, and run the queries with the option recompile to make sure it doesn't take an inappropriate plan in cache. 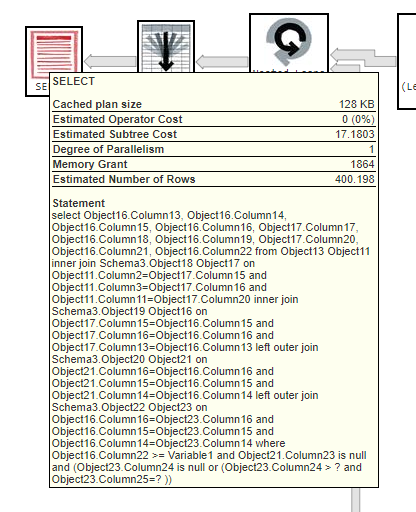 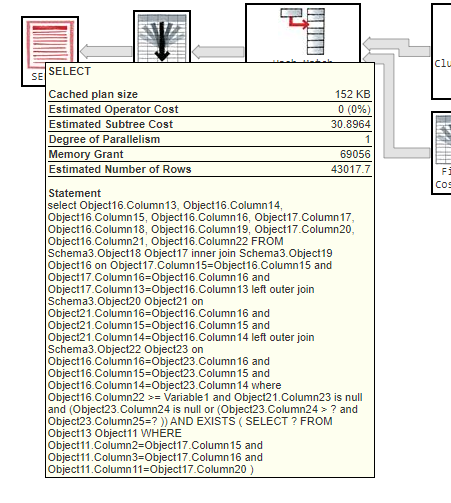 Here is an important detail that I missed the first time I looked at your plans :

So in both case, the number of rows is almost the same. To know which one is best is a tricky question and will depend on your hardware and your server. If I/O is a problem and tempDB is under high utilization, then the second one could fix some problems for you. But if your server is under memory pressure, then the first one is better.

In order to better understand the two options, you should see this great blog by Brent Ozar about memory grant 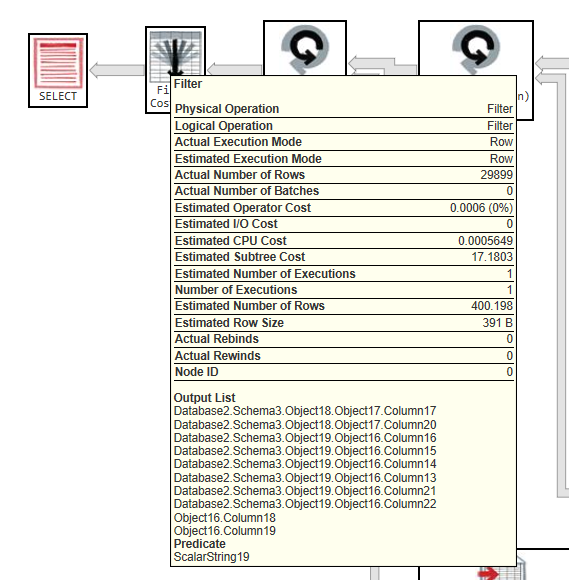 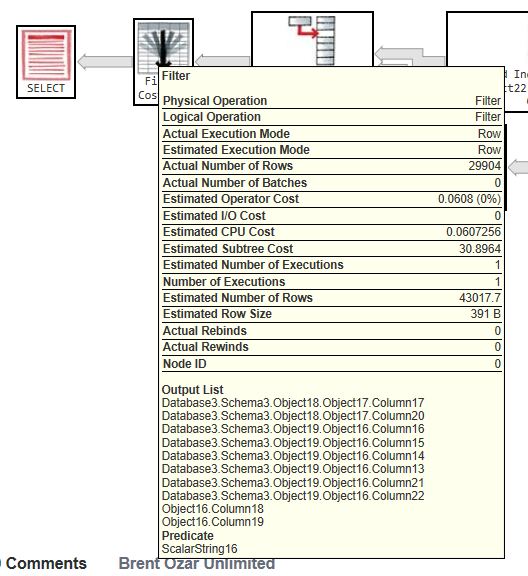 Not the answer you're looking for? Browse other questions tagged sql-server performance tuning exists performance-tuning or ask your own question.

15
SQL Server 2012 slower than 2008
11
Worse performance on a new server
14
Comparing two queries in SQL Server 2012
4
Every query plan statistic says my query should be faster, but it is not
15
In SQL Server, should I force a LOOP JOIN in the following case?
6
Running query against DMVs for Query Stats and Execution Plans joined to sys.databases
2
Query slower after upgrade from sql server 2008R2 to 2014sp2
3
Performance gap between WHERE IN (1,2,3,4) vs IN (select * from STRING_SPLIT('1,2,3,4',','))
13
Why is selecting all resulting columns of this query faster than selecting the one column I care about?