(for context, I'm a developer, not a DBA)

I have an issue that popped up only recently in the past couple of weeks with users complaining of our web application running slow. Investigation leads me to believe it is from high tempdb disk I/O. I'm seeing peaks like 22MB/s total (read/write). Disk queue lengths develop, etc.

A restart of the server brings it back down to almost nothing, and stays that way until the following morning, when everyone logs back in and activity jumps.

We do have 2 stored procs that explicitly use #temptables, but I'd think if they were the problem, the high I/O would continue after a restart, but it doesn't.

Any ideas on what type of issue would manifest itself in this manner?

This is queue length. Notice where I restarted the server and it stayed low after that until the next day (today). I did not restart today, and you can see, though not peaking as much as yesterday, is still relatively high, and is impacting user experience. 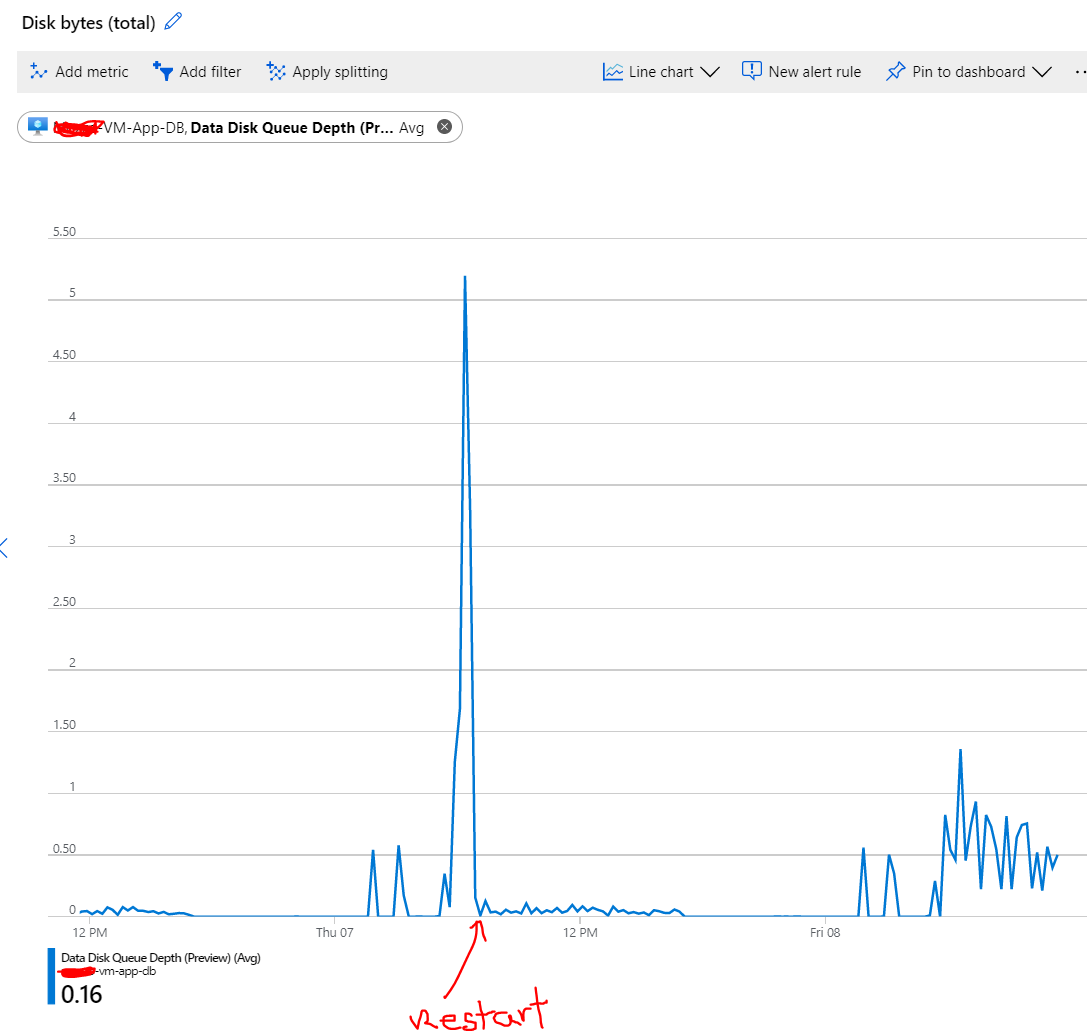 This shows the severer response time yesterday during the peak I/O period in the 6a hour. The red lines show the time that I restarted the server. You can see the response times dropped, as did the disk I/O in the previous images, but user requests are the same, so it is not an overall workload issue. 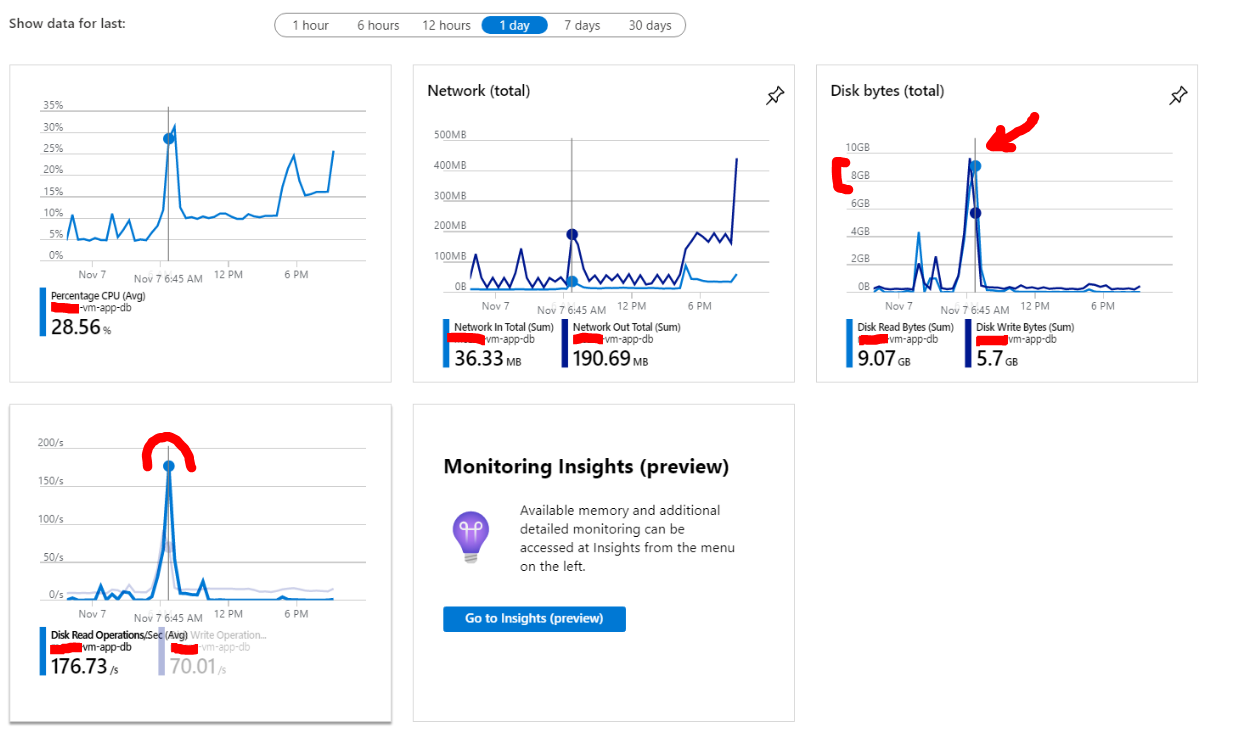 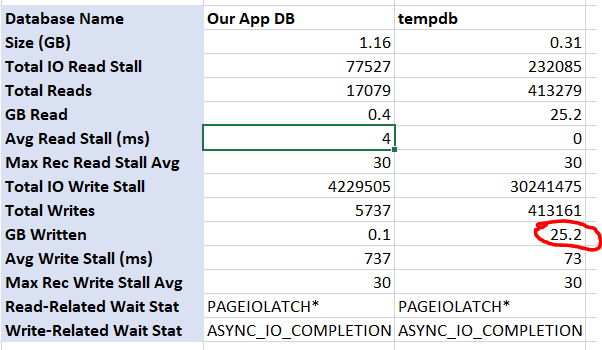 Just looked at this...seeing a lot of locks, so maybe other activity is spilling to TempDB? Will look into locks now... 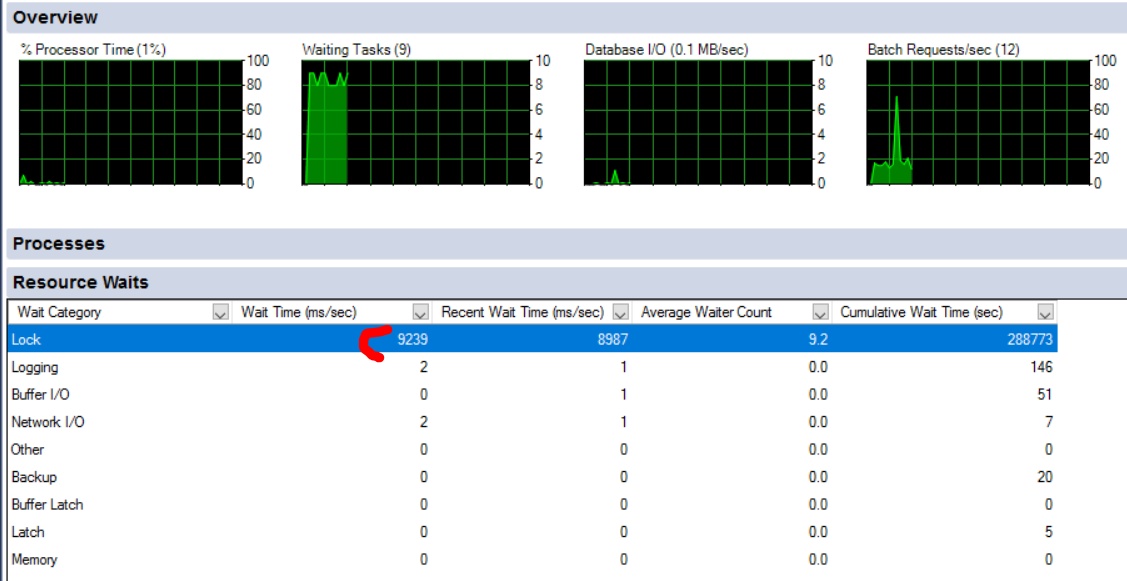 Browse other questions tagged sql-server performance sql-server-2016 or ask your own question.