Are there any drawbacks or better alternatives of this non relational model ? I note that it remains easy to understand but the concern is with the code interacting with.

First, as I was introduced to the no-SQL world, in many occasions I confronted a one-to-many relationship between entities. Today, I have a really relatively cascading example that might grow in the future.

Based on functionalities assumptions, I came up with a simple Snowflake model. Specifically a cascading one-to-many relationships with some describing data.

The data model as it seems at first is easy to deal with, but I finally found that acting on data using Mongoose (a NodeJS library) can become complex and less performant, especially in a web application context (request and response cycle). The first way of thinking is to simple refer to parents by children in a normalization fashion. Another way to implement this data model is using document embedding approach: https://docs.mongodb.com/manual/tutorial/model-embedded-one-to-many-relationships-between-documents/ which is easier to interact with if you just model all in one entity; However this comes at the expense of performance; Because whenever you load a user, you load all sessions, executions and reports with it.

I found a compromise between a normalized model and the one using embedded documents; Modeled here: 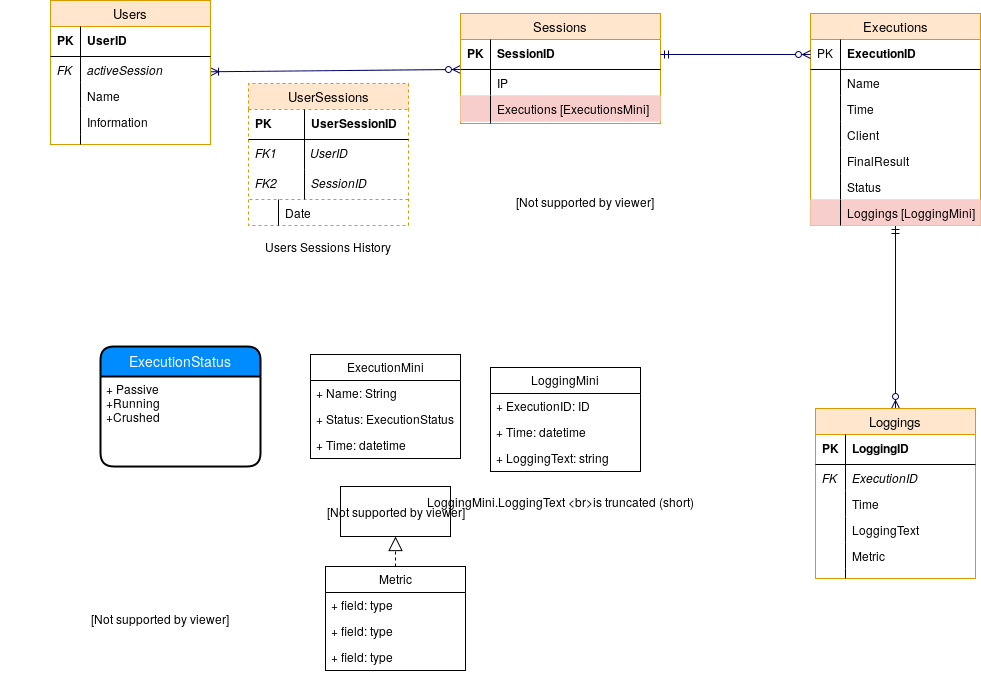 The concern grows because between Users and Loggings, there might be other entities added, in a one-to-many kind or not, and this could complex more the solution (not the data model).

Browse other questions tagged mongodb nosql dimensional-modeling node.js or ask your own question.

6
MongoDB - handling embedded documents and relations
2
From RDBMSs to MongoDB
1
NoSQL- automatically cache and update references to other documents as embedded
2
How should I be using Users and Access Roles in MongoDB?
1
How to structure a MongoDB database to allow for multiple users to use the same account with restrictions based on roles?
0
Modelling document sharing permissions with NoSQL