I have a script transform that I can run locally just fine, however when I deploy to the Integration Services Catalog on the dev server and run it, it fails with the following error:

'package name':Error: Failed to compiled scripts contained in the package. Open the package in the SSIS Designer and resolve the following compilation errors.

So, when I remote into the dev and rebuild the package, it will work fine on the next execution.

I thought this might be a reference issue but after reinstalling Visual studio 2017 and SSDT the references are an exact match on both machines.

What could be the issue for this?

You need to make sure the package in Visual Studio has been created with the correct target SQL Version you are deploying to.

In Visual Studio right click on the project name and select properties. Under the Configuration Properties -> General menu you will see the TargetServerVersion. This must match the SQL version you are deploying to.

Once changed, build and deploy the packages again. 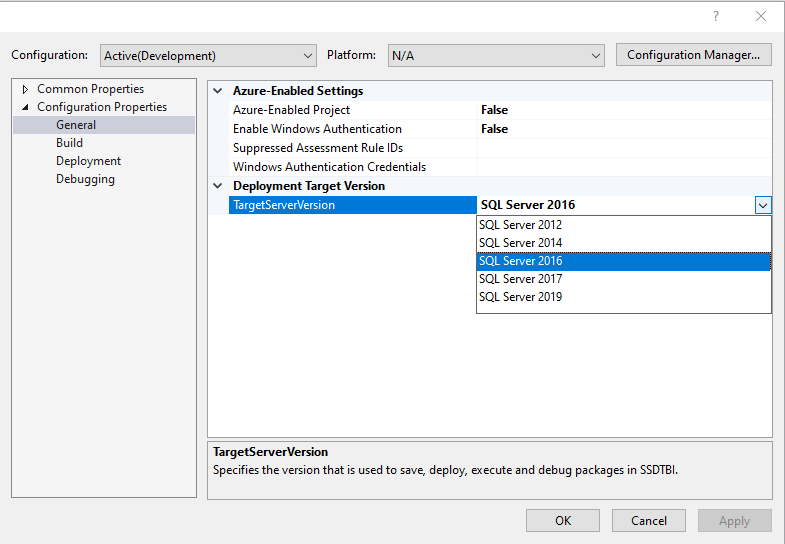 This article helps you resolve the problem that occurs when you try to run an SSIS package on systems where User Account Control (UAC) is enabled.

Error in SSIS package when UAC is enabled

Not the answer you're looking for? Browse other questions tagged sql-server ssis visual-studio-2017 or ask your own question.