View serializable schedule or not 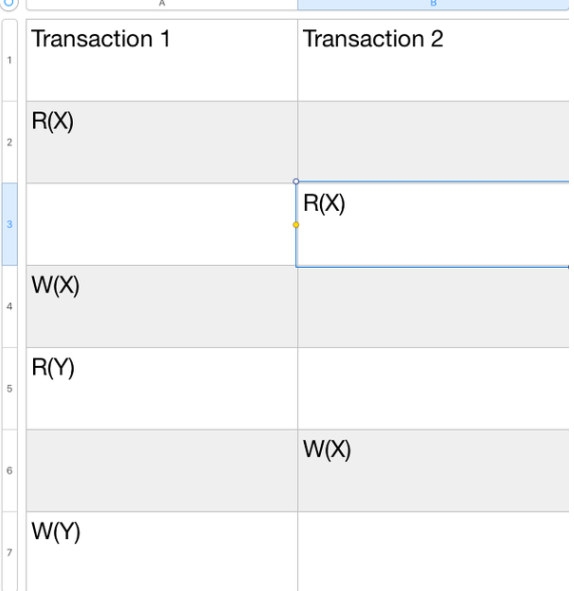 Could you help me understand why the schedule on the picture is view serializable without any "blind write"?

Also, should the results be the same if two schedules are view equivalent?

I did create serial version of the schedule and compare but they do not seem view equivalent to each other.

Could you tell me if a concurrent schedule is view serializable, would it and a serial version of it have the same result in the end?

Me and my lecturer have different opinions, and it is very hard for me to understand hers. She thinks it is view serializable but I do not. I am not sure who is correct.

If two schedules are view equivalent to each other, they are called as being view serializable.

If this three conditions are satisfied, these two schedule are called view equivalent to each other.

I assume that X refers to the same table row everywhere.

In that case, the two transactions in your picture are not serializable, and indeed a lost update would occur. Any serial execution of the transactions would produce a different result from the nested execution you are showing.

To clarify the term "serializable", here is how the SQL standard defines it:

Wikipedia has this definition for view-serializable:

That seems mostly equivalent, except that the SQL standard only talks about the effects, while Wikipedia talks about reading values as well. But if you read a value and that has no effect, you might as well not read it, so the distinction is mostly philosophical.

And the schedule in your question satisfies neither of these definitions.

Not the answer you're looking for? Browse other questions tagged isolation-level database-theory or ask your own question.