Why does SQL Server not use the Index it recommends?

I had a specific query I wanted to optimize:

There is also already an index on FatherId, but not on the ChildId. The primary key is among the 12 selected columns, but none of those used in the WHERE clause here.

This is a simple query but it's run very, very often during daily work. The table is also small, around 8000 rows.

The query is used to find groups of enterprises. There are about 2 Millions of enterprise entries, so only less than 0.5% have a matching group row and thus most of the time, no group will be found.

When using SSMS and inspecting the "Actual Execution Plan" it gives this plan: 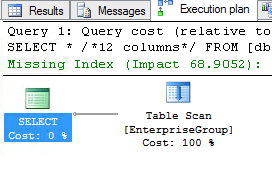 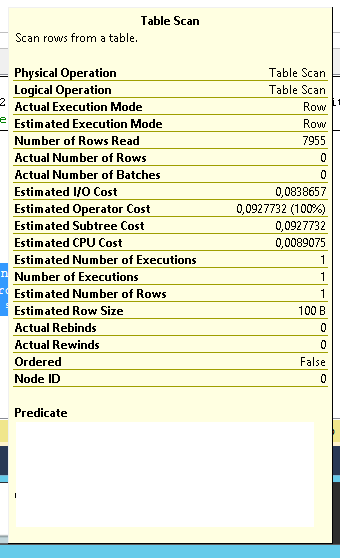 The predicate shown is actually the WHERE clause.

And, it recommends to create an index, which is basically indexing on the WHERE clause and adding all the queried columns directly into the index. Seems not very clever to me but maybe this is what this questions is all about:

After I create the recommended index I get the following plan: 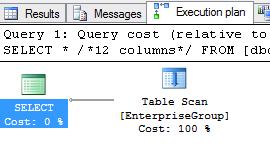 It's not used at all! (And the Table Scan hover info is exactly the same, still having a copy of the WHERE Clause as predicate)

Why does SQL Server not use an existing index that the SSMS adviced to create?

If not, then what is the significance of a missing index recommendation in the execution plan of SSMS (SQL Server Management Studio) against a Microsoft SQL server?

Note: I am no DBA, but a software developer. I have read a bit into this, including: https://www.brentozar.com/archive/2013/07/dude-who-stole-my-missing-index-recommendation/ but I did not clarify to me.

Assuming you WHERE condition still utilizes ChildId, FatherId and StatusCd. It is possible that from a statistics perspective, that either ChildId or FatherId is more selective. Taking ChildId and FatherId out of the WHERE clause should result in that new index being used, since StatusCd is the indexed column in the index.

If you hover over the Table Scan section you should see something like the below image: 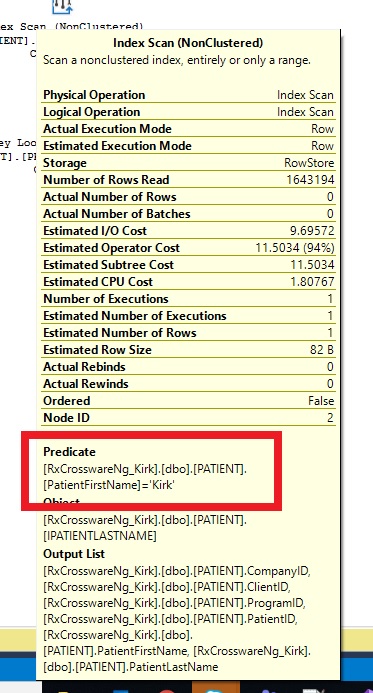 It is possible that even though it recommended creating that index, that it is still querying by either ChildId or FatherId.

This was something I learned from a question I asked a little bit ago. The guy who answered it had a really great way of explaining what I tried to say here. Does the Query Optimizer Prefer to Query on Constants before Columns?

There are many unknown variables for us to answer correctly, for example, the table size, statistics on your columns and existing indexes.

First of all, your table is a heap (as opposed to clustered index) if it's updated frequently, it might be fragmented with forwarding pointers. That might negatively affect the number of reads the engine has to do.

Second, can you hover over the table scan operator in the actual query plan? It will shows us the predicate - there might be a simple or forced parametrization going on, which won't use statistics for your value.

Third, what are the indexes? Do you need to select all columns (select star)? Do you have index on childId or fatherId?

and then I would rewrite the query as following:

Give this a try:

And have these two composite indexes (with the columns in the order given):

Not the answer you're looking for? Browse other questions tagged sql-server-2012 optimization index-tuning or ask your own question.

3
Does the Query Optimizer Prefer to Query on Constants before Columns?

3
SHOWPLAN does not display a warning but “Include Execution Plan” does for the same query
1
Should these two indexes suggested by the SSMS missing index feature be combined?
1
Why the optimizer does not use an Index Unique Scan?
2
Force Sql server to use index seek in merge join
2
Why don't I get an index seek?
32
How does SQL Server determine key column order in missing index requests?
6
Why SQL does not use the indexed view?
4
Oracle does not use transitive closure to add additional predicate