I'm running SQL Server Web on a VM with 20 cores. (I know, Web edition can only make use of 16 cores but I'll get that resolved soon when I upgrade to Standard).

But what's funny to me is that for some reason, one of the cores is always at 100%. I've never seen this before as usually the load is spread out between all the cores. 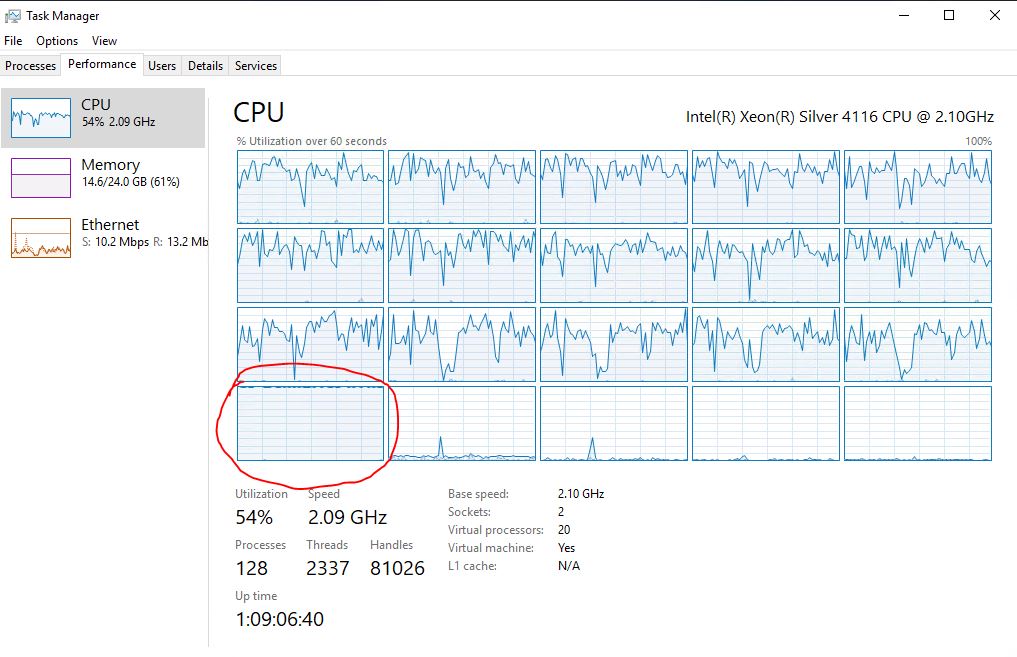 The long running queries/transactions are all types as this is handling an ecommerce site. The transactions themselves aren't the issue as I can paste them into new query window and they run fast so it sounds like it's just the sheer amount of them. Also, when traffic does down during off peak hours, I no longer have the issue.

There are no other applications running on the server that is using more than 1-2% of the CPU.

could be a few things, start by checking the wait types. A couple I have seen RSS Receive Side Scaling is not enabled so all n/w traffic is handled by a single CPU or Ghost cleanup running - this is a system SPID responsible for removing deleted records and runs on a single core https://docs.microsoft.com/en-us/sql/relational-databases/ghost-record-cleanup-process-guide?view=sql-server-ver15

Not the answer you're looking for? Browse other questions tagged sql-server cpu or ask your own question.

22
Why are periodic restarts required to keep my instance performing well?
4
Schema blocking in READ_COMMITTED_SNAPSHOT
4
SQL Server 2008 R2 Lockup for 10 minutes
3
ASP.NET & SQL Server 2012 timeouts once a month
2
Running SQL Server on VMWare along with many other VM's
2
High Availability SQL Server
2
Virtualized SQL Server hits 100% CPU and 0 Active Memory
0
What is the effect of number of CPU cores on update operations in Postgres?