Ask Question
Asked 2 months ago
Active 2 months ago
Viewed 33 times
0
Closed. This question needs to be more focused. It is not currently accepting answers.

Want to improve this question? Update the question so it focuses on one problem only by editing this post.

I would like to ask if I'm doing this right since it's my first time creating a database model.

Basically what I'm trying do build is an Employee Information model where:

Here's an example of my initial schema 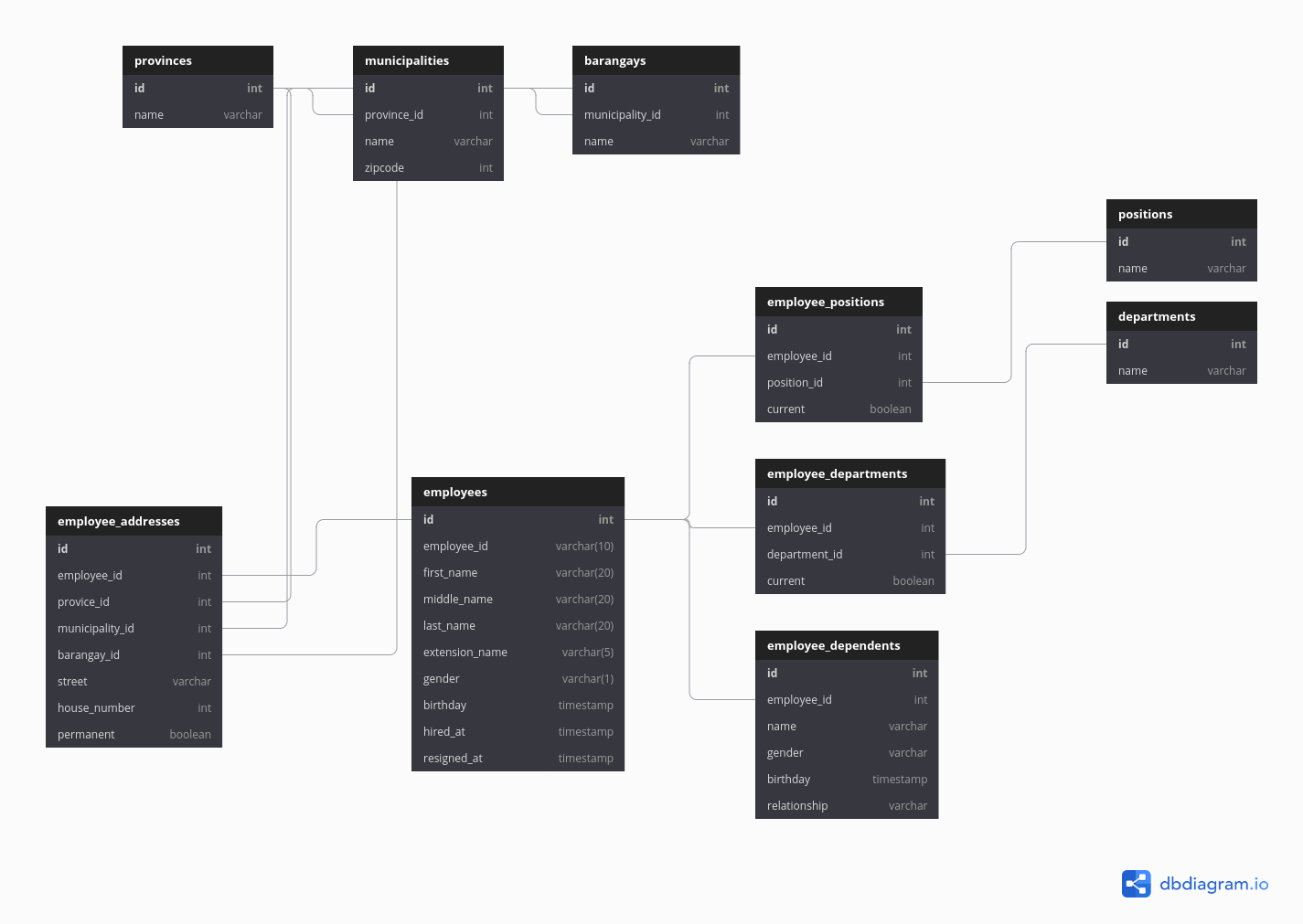 I would appreciate your feedback if I'm doing it right or if you can help me design it in a much better way.

You can also use a single table with begin/end dates. This example of this pattern in SQL Server's older AdventureWorks sample database. Which tracks both department and position (shift) in a single table:

3
How to design relationships for variant data?
2
Contact system database design
1
Concept, ER model, “employee tracking”
2
Peer review database design for various reports
1
Database design - need someone to guide me
7
Need help on my first ER diagram
2
Database design — companies, employees, individuals
0
How to Design Name and Address with Multiple Addresses
0
Databse ER Design for Apartment Complex and Automaker Employees
0
Can someone give me feedback on my ER diagram?