How fast should I expect postgresql to be?

I'm assessing postgresql performance for a time-series application, particularly for inserts. I'm running the speed test script from sqlalchemy at https://docs.sqlalchemy.org/en/13/faq/performance.html#i-m-inserting-400-000-rows-with-the-orm-and-it-s-really-slow. You can ignore the ORM stuff, it's the penultimate "core" line which shows the performance.

I was expecting to see from 10 to 100k writes per second as per e.g. (https://docs.timescale.com/latest/introduction/timescaledb-vs-postgres): 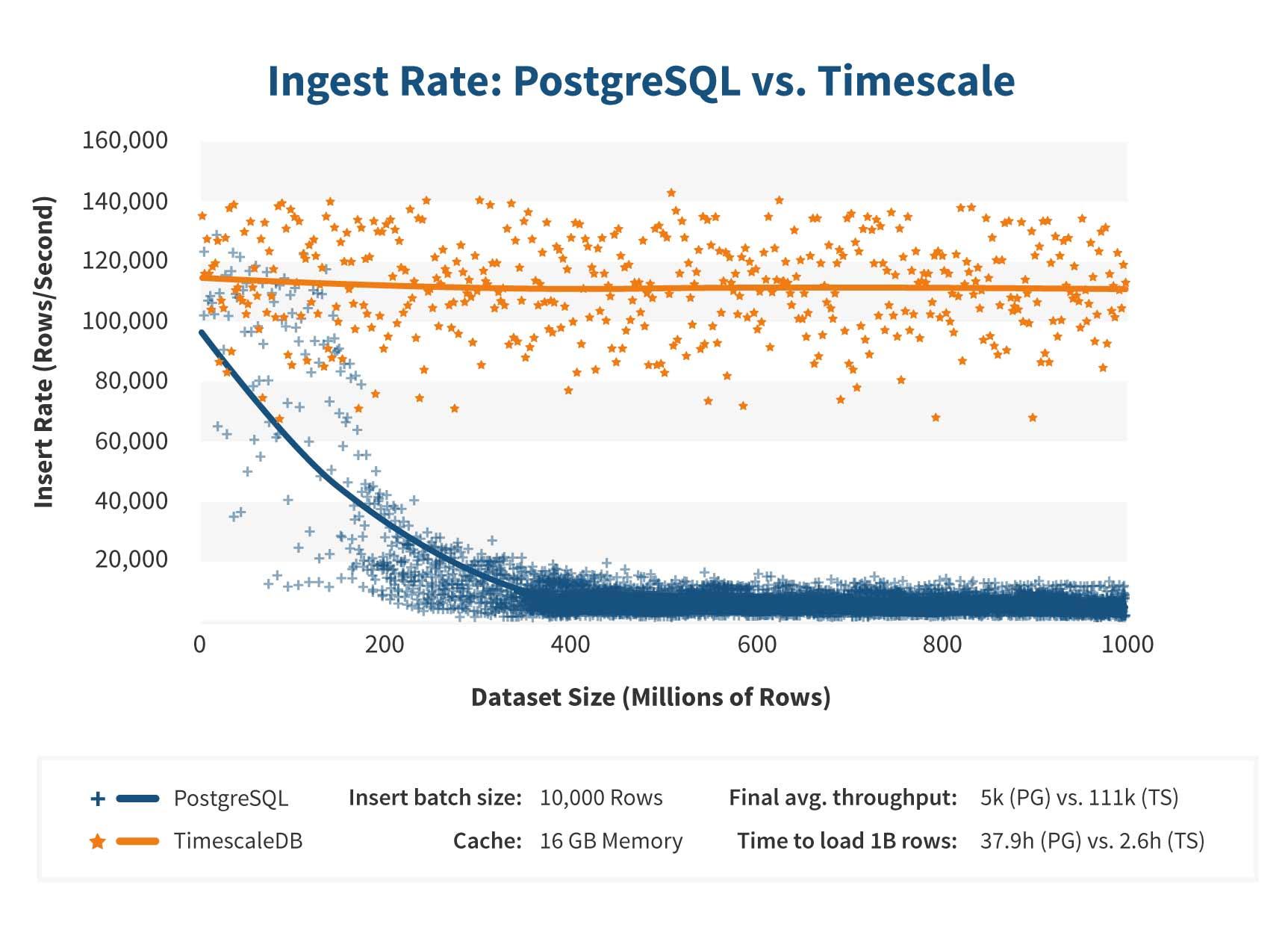 However, I'm instead getting the following:

That seems really slow to me, but I'm getting this performance consistently across a Windows installation, Docker on Windows, native Ubuntu and Docker on Ubuntu.

Are my expectations just misaligned with reality, or am I doing something wrong?

To clarify, I'm not using Timescale DB's hyptertables feature yet, just plain vanilla PostgreSQL tables. I am using the TimescaleDB docker installation for my docker tests (though not the native test). Specifically, I'm invoking

The trick to getting good performance out of PostgreSQL for inserts using SQLAlchemy is, as @LaurenzAlb hinted at, better management of transactions. SQLAlchemy can, but doesn't by default, use psycopg2's executemany helpers for PostgreSQL.

Turning these on transforms performance for multiple inserts into the same table. Here's the modified code for the python test.

See https://docs.sqlalchemy.org/en/13/dialects/postgresql.html#psycopg2-batch-mode for an explanation.

Not the answer you're looking for? Browse other questions tagged postgresql performance or ask your own question.

1
How fast should I expect to load data on a high performance computer?
6
What is a good way to determine the performance I should expect from a PostgreSQL server?
0
Which MySQL server parameters should be adjusted to improve INSERT performance for a large MyISAM table?
4
Behaviour of performance counter “Checkpoint Pages/sec” under load
0
Large bulk insert performance difference PostgreSQL vs MariaDB (InnoDB)
2
Reducing table size bytes per row in a simple PostgreSQL database
0
PostgreSQL: Disk usage and hardware utilization and performance
0
Postgres Performance degradation