Earlier today I was working on a Reporting Stored Procedure which had poor performance. I was able to fix the issue by changing a static variable which held a string of ten characters or less from VARCHAR(MAX) to VARCHAR(10). I am looking to understand why that would have made a difference.

The Original query is much bigger than what needs to be looked at but I saw the below things happening, when joining the foundational table to a Key-Value Pair table we were returning a ton more rows than was actually needed (in some instances over 14 billion rows for a final output of ~60,000 rows) and we had a few extra operations (particularly the Lazy Table Spool). Image of that part of the Query Plan is below: 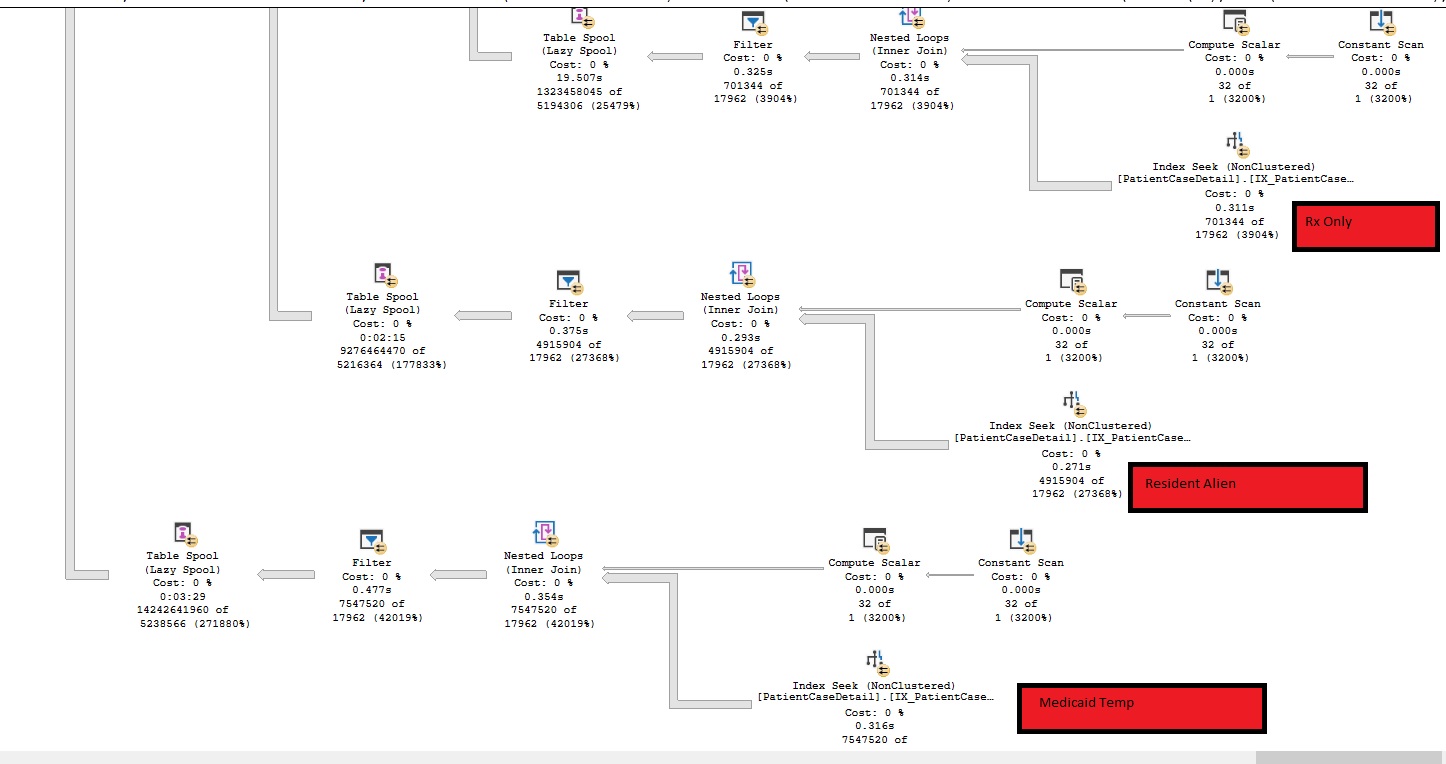 I could see a weird part of the execution plan was how the @ProgramID variable was being handled. This variable is used as [Column] = @ProgramID and the Column is part of the tables Non-Clustered Index and is a VarChar(10). But we are still doing an Inequality Search instead of an Equality Search.

After modifying this parameter/variable from VarChar(Max) to VarChar(10). The execution time dropped from several hours to about 30 seconds and the plan had a very different structure. Looking at a similar snippit from the execution plan, we were not returning nearly as many rows, we don't have the extra operations and we were doing an equality search on [Column] = @ProgramID (again Column is part of the tables Non-Clustered Index and is a VarChar(10)). 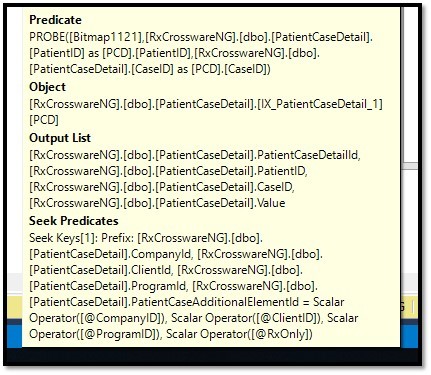 Below is a simplified query which shows some of this behavior (we don't get all the extra steps, but the Seek Predicate difference is still there): (Paste The Plan)

My guess is that VarChar(MAX) has different comparison rules due to its size, and this is just a state of what VarChar(MAX) is. But I didn't know if anyone had a better/more technical answer than I did so I can better apply this lesson in the future.

You have two things working against you:

In your worse plan, there are two filter operators: 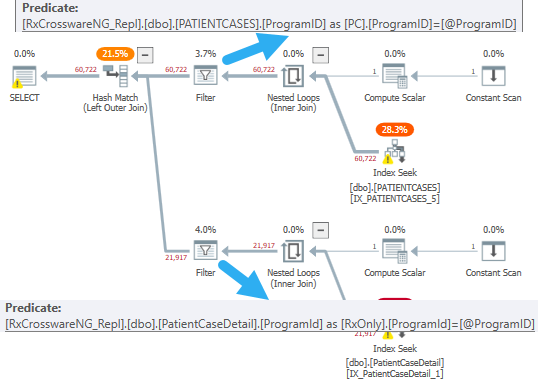 Each one is there to deal with the MAX type on @ProgramId. The length of the parameter doesn't matter much until you hit the max type, so long as it's the correct type, e.g. varchar = varchar or nvarchar = nvarchar

You may find some overall relief by adding a recompile hint, but it won't fix the issue you're having around the MAX variable.

Length is one of the things used by the optimizer to determine the optimal execution plan.

When using MAX, If SQL Server wants to use an index, it has to convert equal your variable to the column.

VARCHAR(N) and VARCHAR(MAX) kinda two different data types like DateTime and Date. VARCHAR(MAX) is BLOB and VARCHAR(n) In-Row data. So, if your column type does not VARCHAR(MAX), SQL Server needs to convert your variable for using the index.

There is a deep dive blog post from Paul White. But, doesn't include your example.

Not the answer you're looking for? Browse other questions tagged sql-server query-performance execution-plan string or ask your own question.

60
Cast to date is sargable but is it a good idea?
33
Why does SQL Server use a better execution plan when I inline the variable?

4
Will an index that is a partial key of the begining of another index perform any better than the longer index?
3
T-SQL Optimization
2
Query runs slowly when a non-indexed column is added to the WHERE clause
6
varchar(MAX) text cuts off while going more than 8000 characters inside a procedure
1
Getting a SEEK rather than SCAN on an Aggregate
0
SQL Performance Large Variable Varchar into Small Column
0
Query Plan - Estimated Row Count Very High
2
Adding an INNER JOIN ruins query performance due to different execution plan despite updated STATISTICS and RECOMPILE, why?