I need to do a cross-server query in SSIS and have been having a hard time figuring out how to do it. Here is what I am trying to achieve:

The inner query (which is on a separate database on a separate server) will return a small list of identifiers - no more than a few dozen. Instead of explicitly doing a cross-server query, I would like to do the following:

I think this should be pretty simple to do, but I don't know how to implement it. I am comfortable setting up database connections and doing some configurations in the db source object. The parts I am not sure about is how to save the result set from the first query to a variable, and then how to use that variable in the second query. For example I think I need to pass it as a parameter, but I don't know if I have to format the result set into a list of comma separated values, or if I can just pass the object directly to the second query.

If someone could give me some pointers, or maybe even a couple screenshots to demonstrate how to set this up I would be very appreciative.

you need two datasources and you have to use the lookup transformation to filter the Server1. 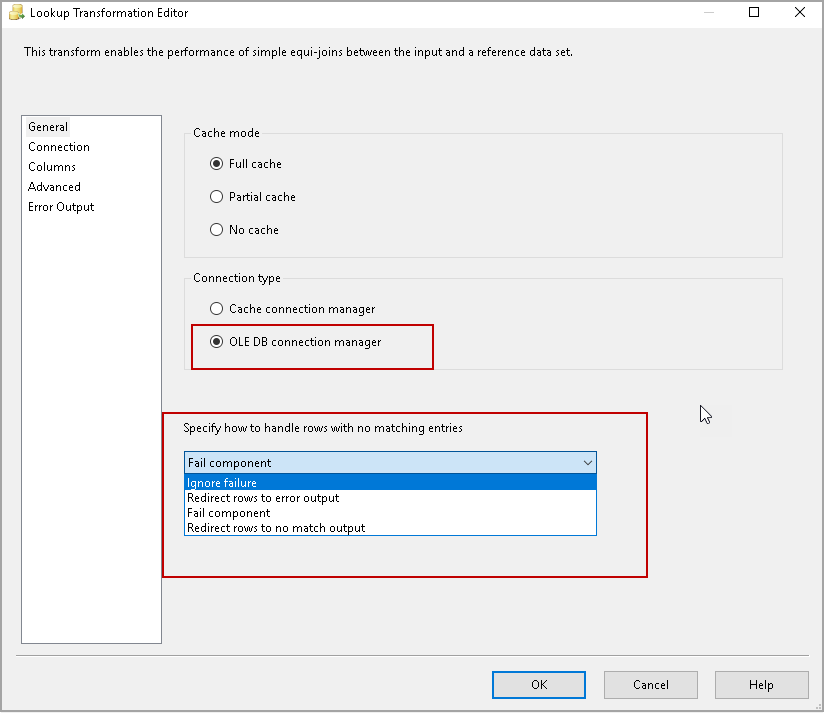 A couple of other approaches too.

You could fetch the IDs as you propose, but fetch them as JSON. eg

and then pass the resulting JSON string as a parameter:

Or load the IDs into a temp table on Server1, and reference them in your query.

3
SSIS Design consideration with object variables
8
How to query readonly replica in Always On cluster
5
Create Linked Server to AlwaysOn Availability Group Listener
0
Single value from a list of comma separated values when used in inner join in SQL Server
0
SSIS - Iterative Data Flow Task with Schema Differences
1
how to find out the log backups that I need to restore in order to bring log shipping from standby to online?
2
SSIS packages running forever without completing. OLEDB Source query suspended
0
what databases are already set up in the log-shipping, and which ones are not?