Ask Question
Asked 6 months ago
Active 6 months ago
Viewed 27 times
0
Closed. This question needs to be more focused. It is not currently accepting answers.

Want to improve this question? Update the question so it focuses on one problem only by editing this post.

I want to design an ER diagram in order to create a database for a small local business. My problem is that the bussiness sells merchandise to persons and businesses both. How can i differentiate businesses from persons in my ER diagram? Should i create different entities for those?

EDIT: Here's my ER diagram so far. I implemented two subclasses to differentiate between business and person. Not sure if this is the best way to go though and i'm also not sure about cardinalities. 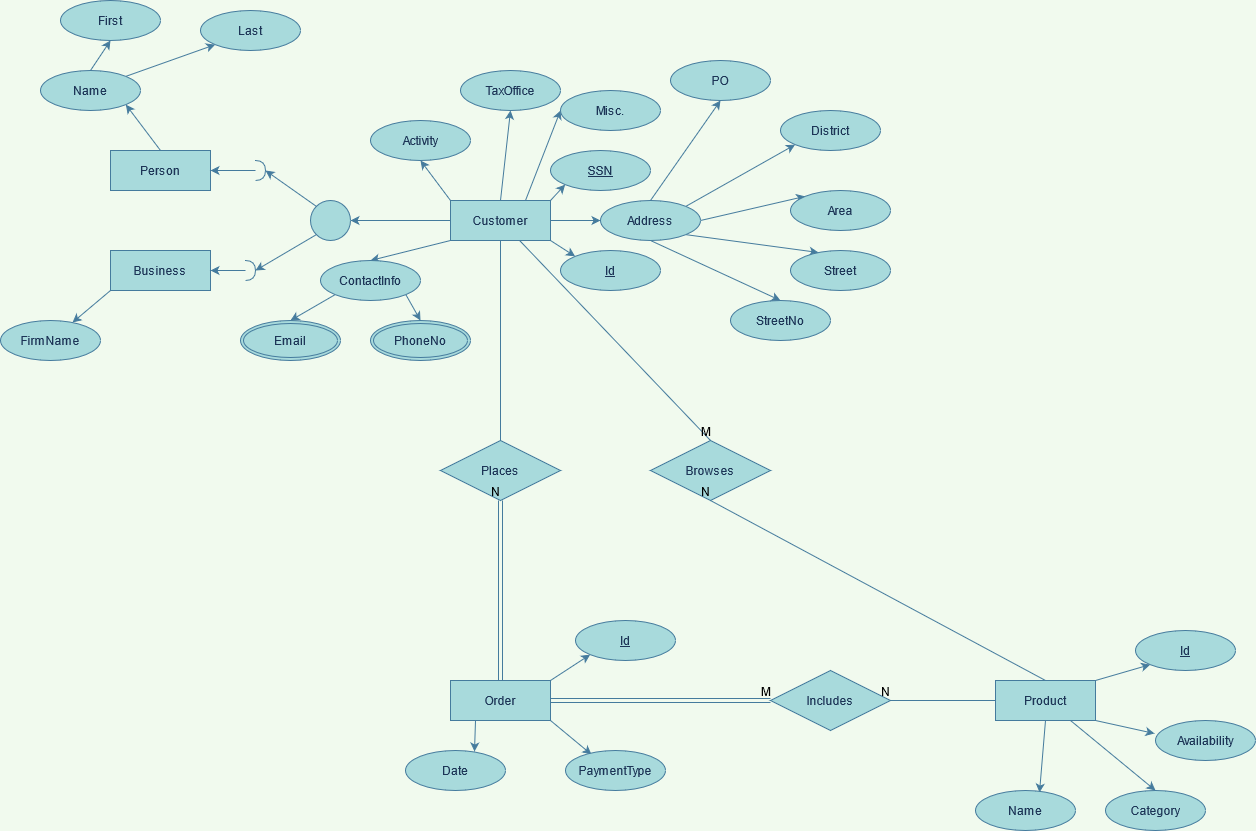 It depends on the similarities between the two entities in the context of the business logic. If they share all the same attributes (columns) except for the fact one is a business and one is a person you theoretically can store them as the same entity in a table like Customer with just a column to distinguish between the two such as a boolean based field IsBusiness.

But in most cases, developers will find that there are unique attributes to one or the other that they need to store as well, and will normalize into separate tables.

Having more context on exactly what you expect to store, even such an example diagram of what you've thought about so far, may help in providing a more specific and concrete answer.

Not the answer you're looking for? Browse other questions tagged erd or ask your own question.

2
What are the bad design points in the following (simple) Entity-Relationship Diagram?
11
Conceptual ERD Multi-table many to many, or possibly recursive?
5
ERD for a web development company
3
How to represent the optionality of a many-to-one mandatory relationship from the Parent to its two Child entity types in an ERD?
2
Designing a Multiple Reflexive Relationship
0
Issues Designing ER Diagram