Max Server Memory configured but it increases more of its configuration 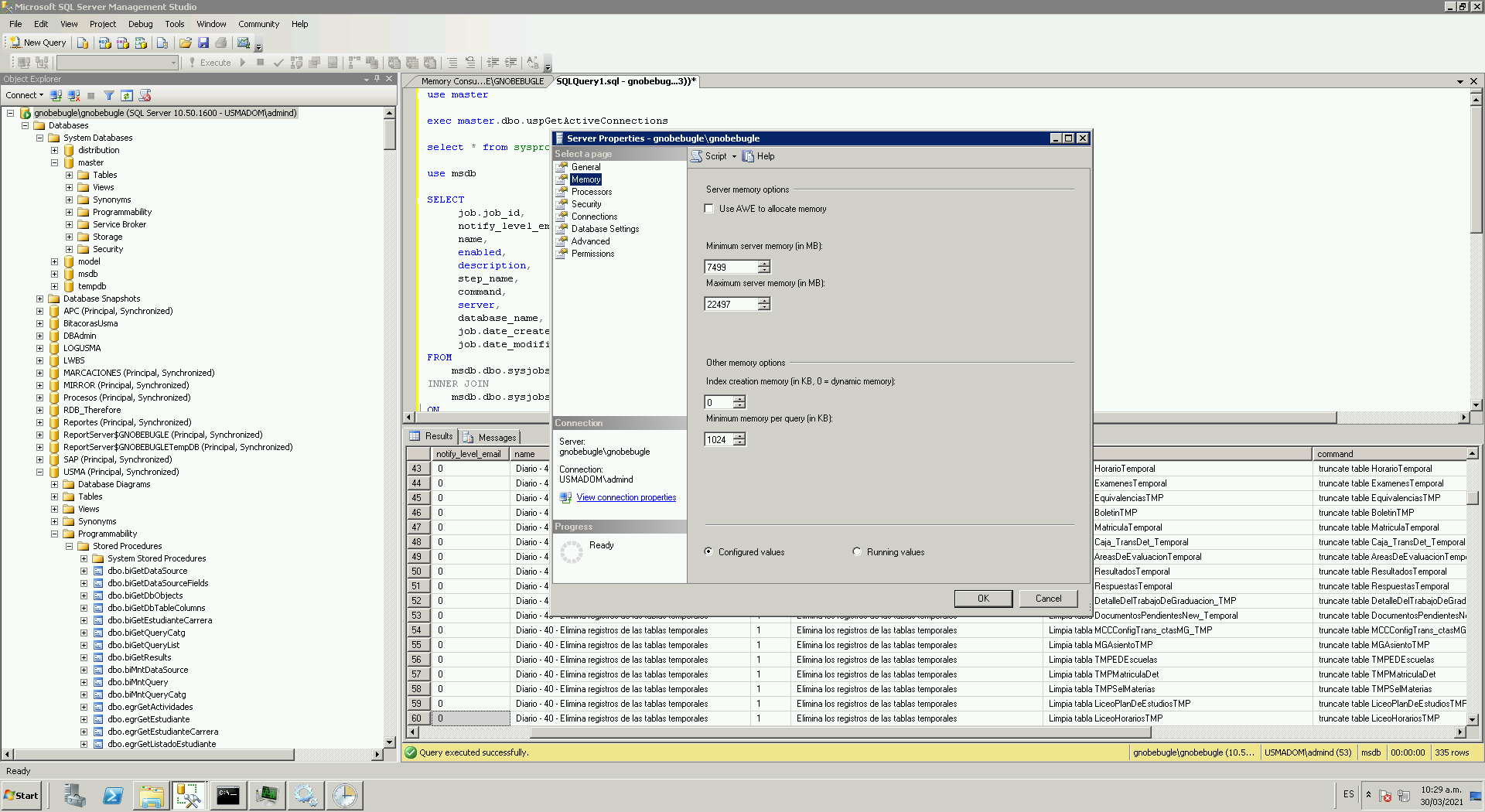 I put 22497 as MAx Server Memory, disable AWE, since it runs in 64 bit environment and it's a production server.

During a reboot, it starts from the min configuration, and slowly increase memory consumption until almost midnight that reaches the max memory configuration.

Until then if I monitor memory consumption, the task manager reports that memory increases to 25 GB of RAM. Yesterday we removed AWE, reboot the instance, and it started slowly increasing memory Until around 17:00pm , it was using almost 25.2 GB of RAM: 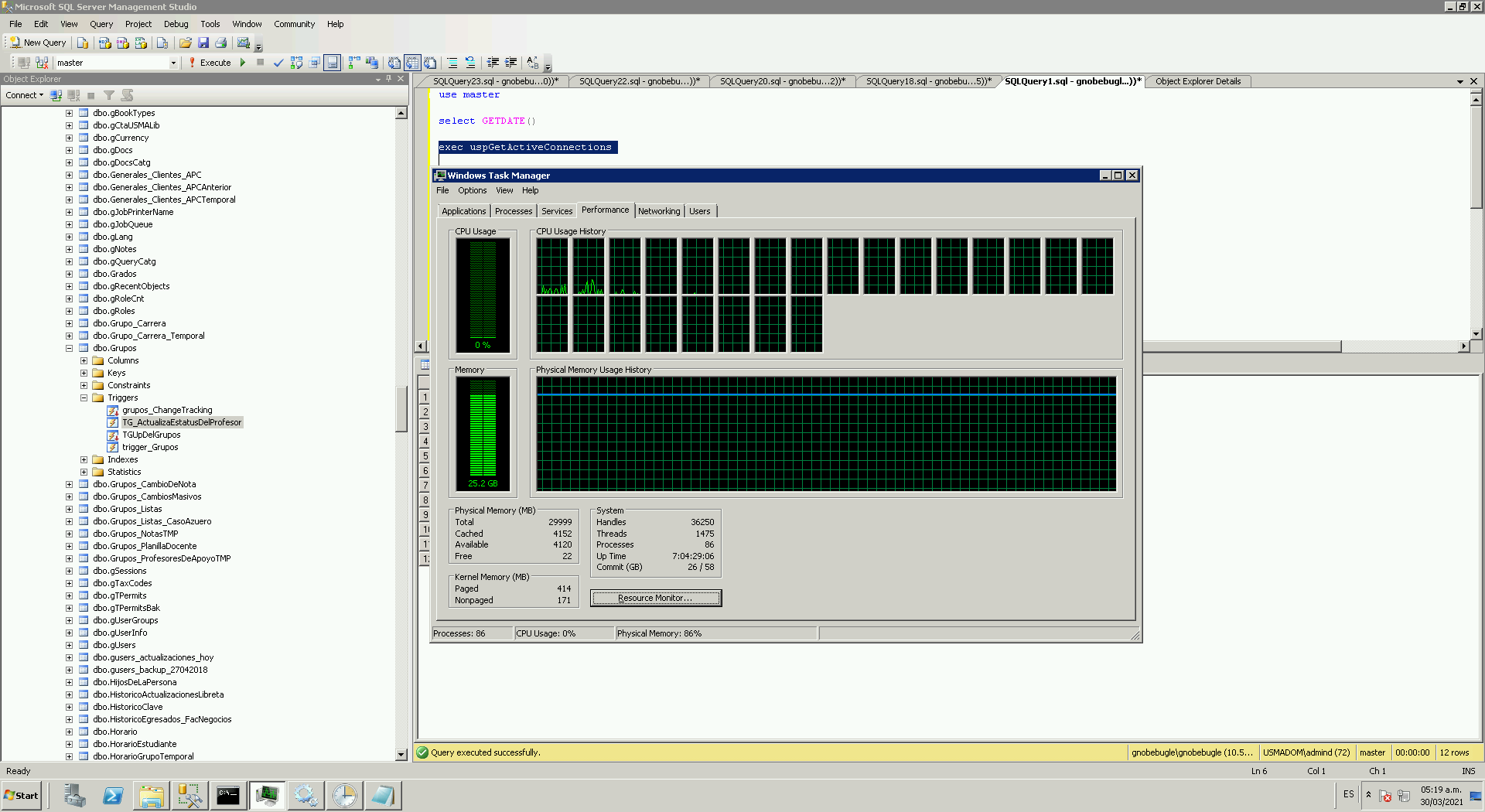 Today after a reboot, it is now using 11GB.

I now, that in a previous post said this memory consumption is "Normal Behaviour" of SQL Server, but why it suddenly use more of the max memory I set as maximum? UPDATE 2021-03-31: 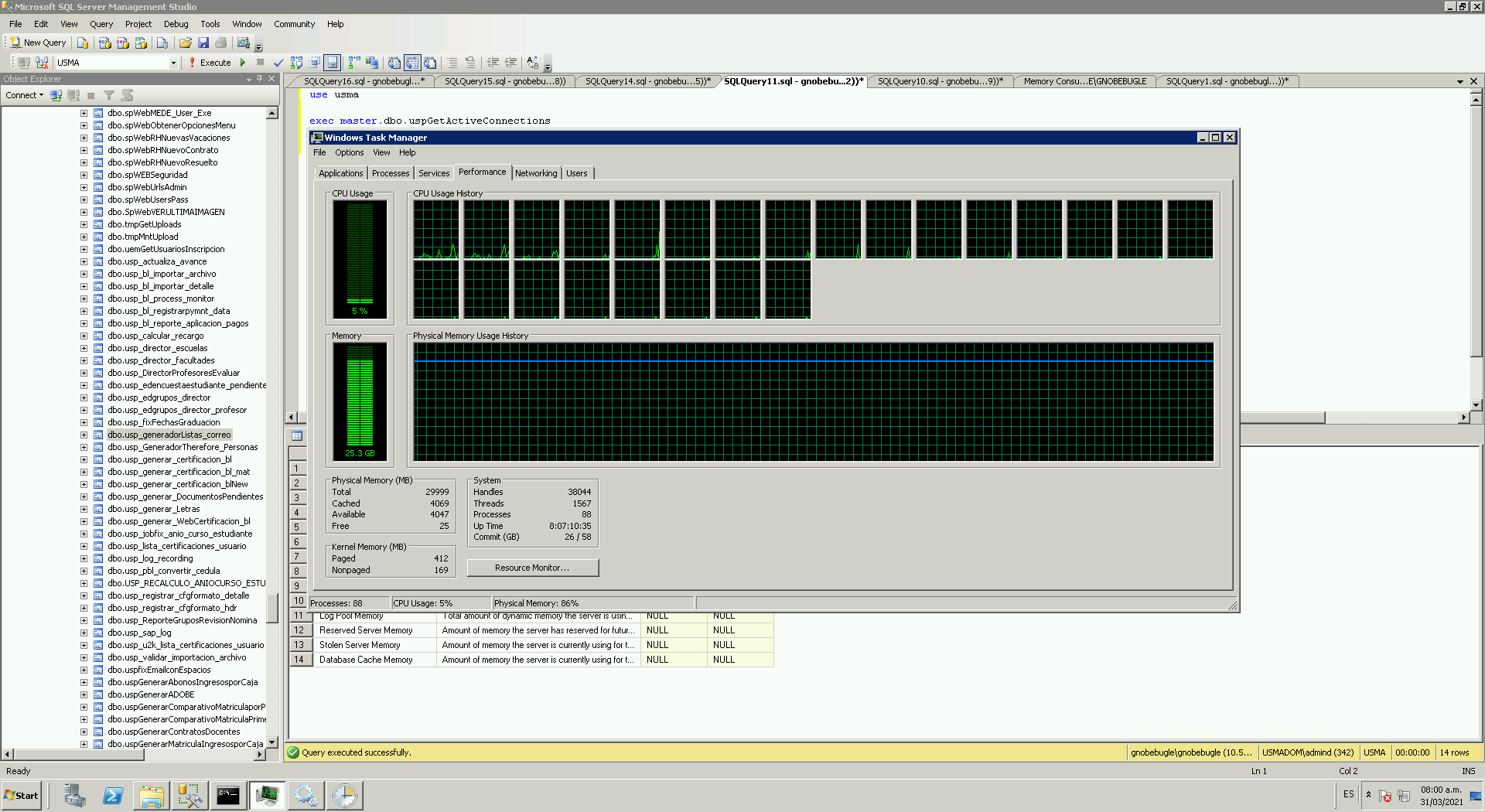 Using Aleksey Script This are the numbers SQL Reports is using: 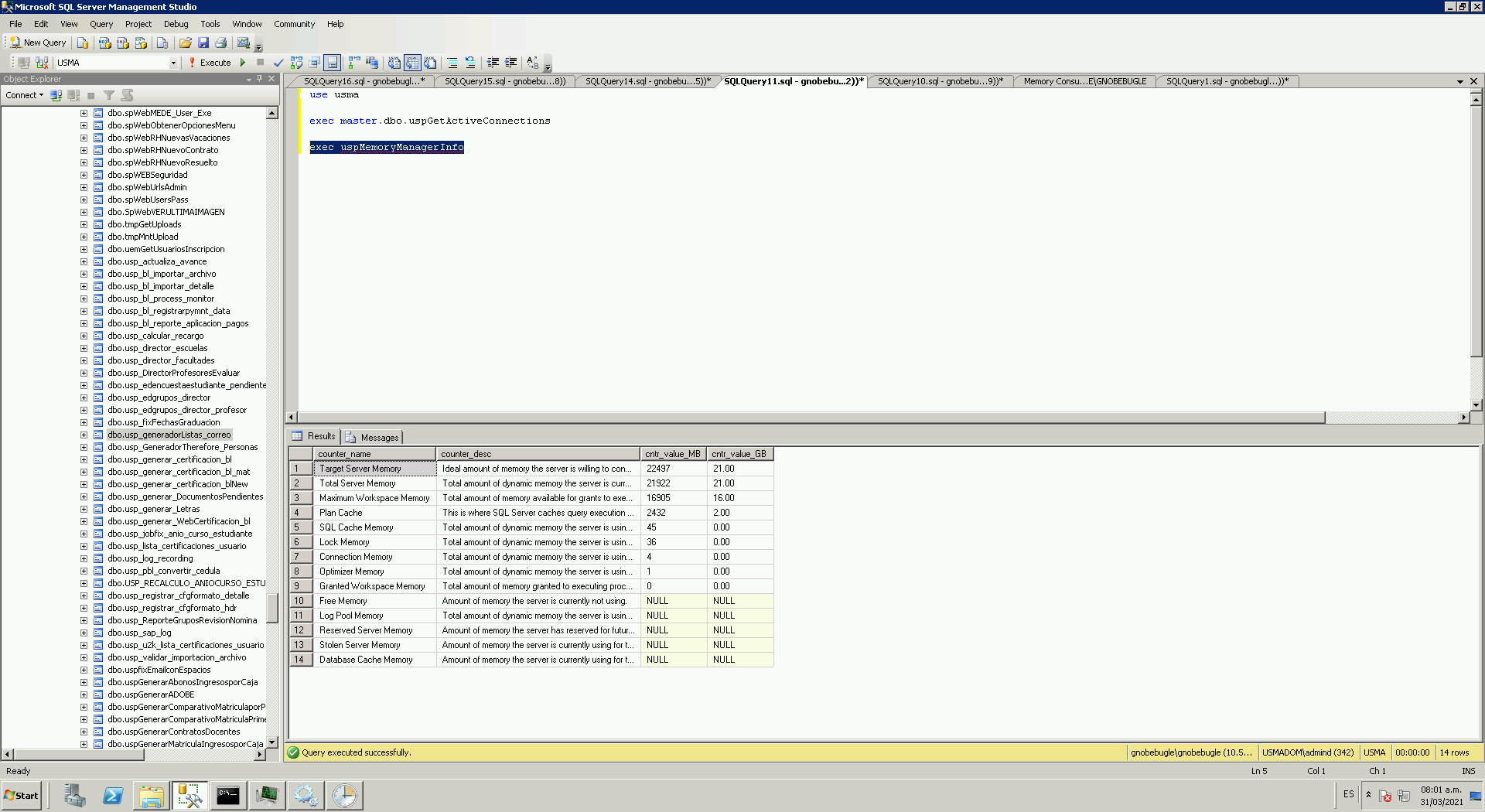 Resource Monitor says SQL Server IS using all the RAM: 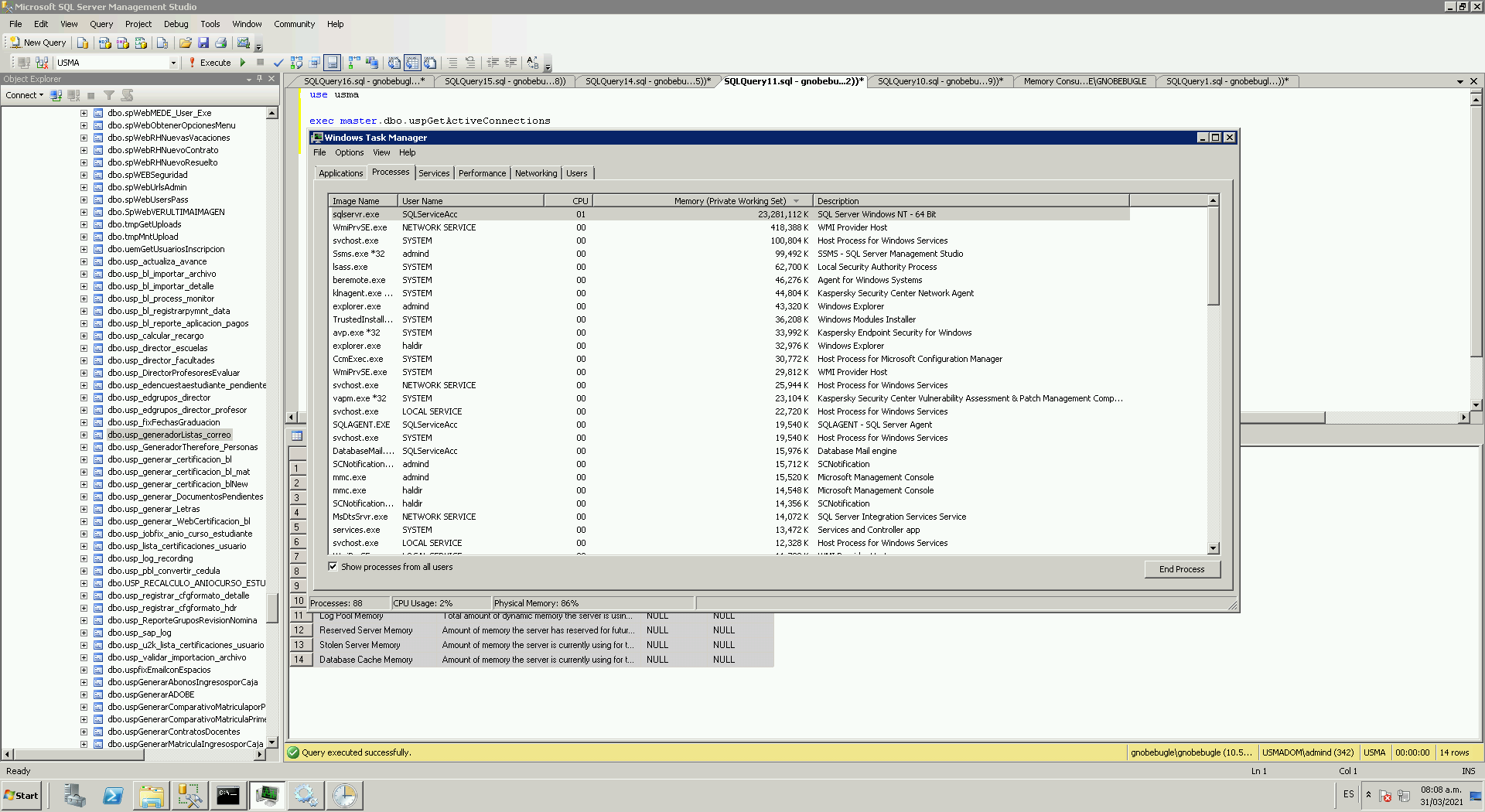 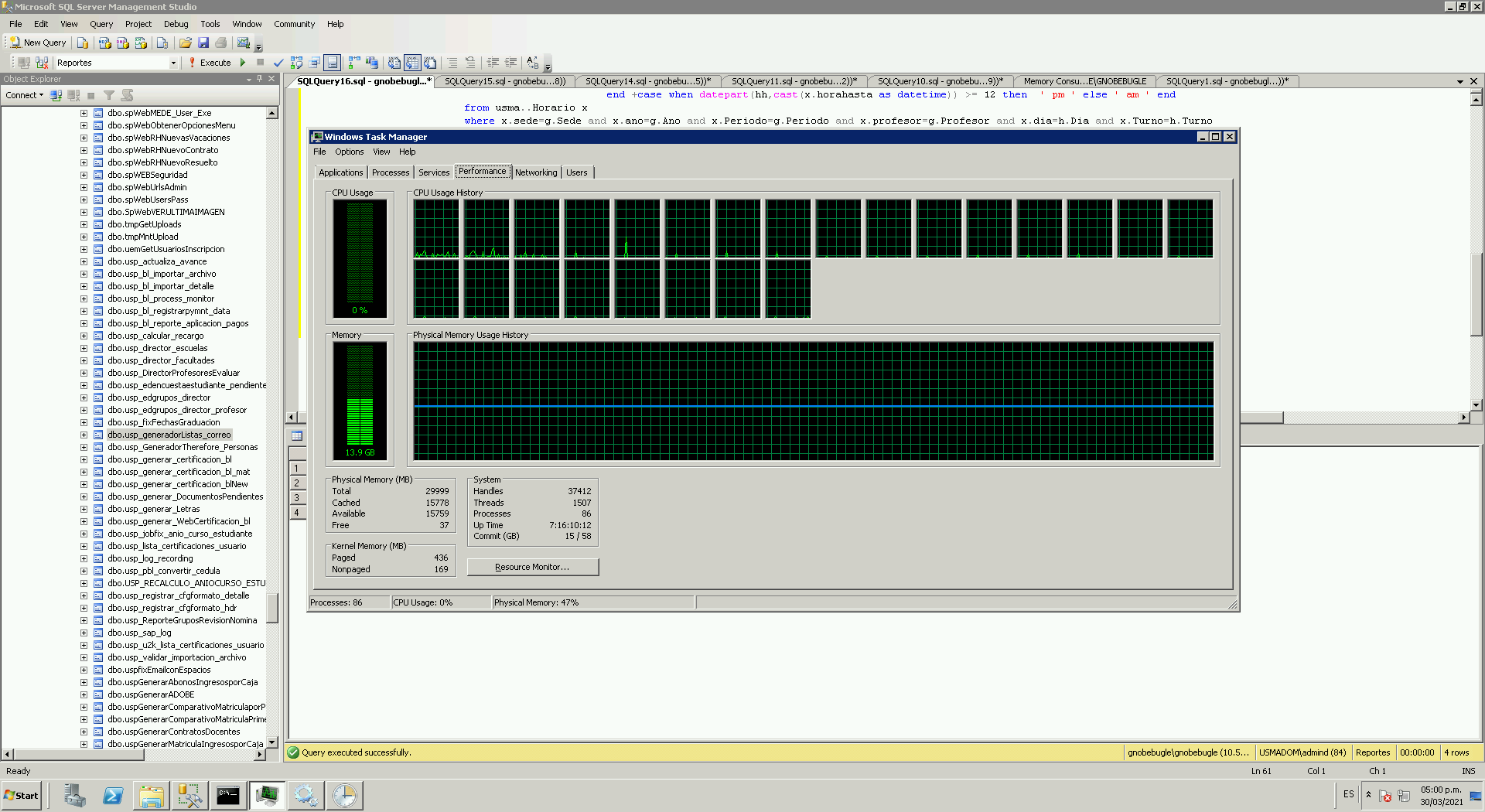 And this is the behaviour of the server, That's why I'm asking if this is normal or not, what is making the server use 25.3 GB if it's limit should be 22.5 GB (rounded per my calculations). This is the issue.

I know Microsofts literature says a lot of stuff, but I haven't get a clue of why this behaviour, I've already check Stored Procedures, Indexes, Jobs, etc.. and I don't see what is making the SQL Server use more of the assigned maximum server memory. 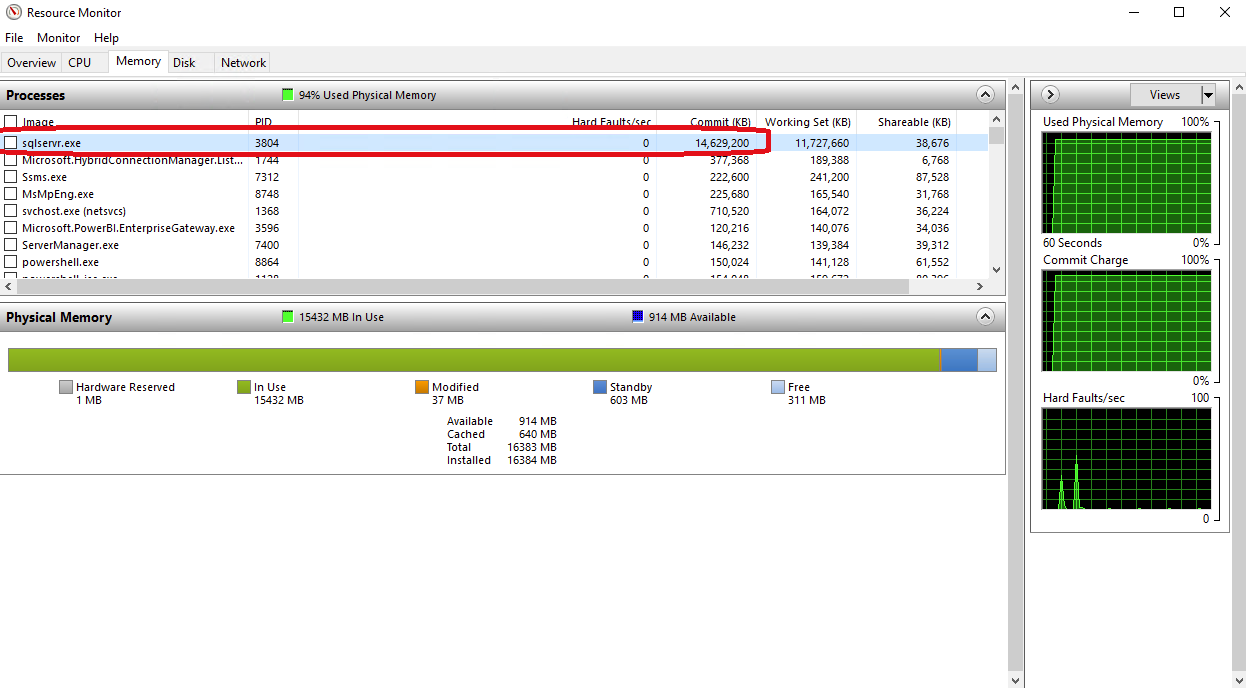 It is also possible that some other application consumes your memory, Resource Monitor can help to confirm that (or otherwise prove SQL Server overblowns the limits)

Deploy it to any user database and run. Post the output to the question
It will be similar to below picture: 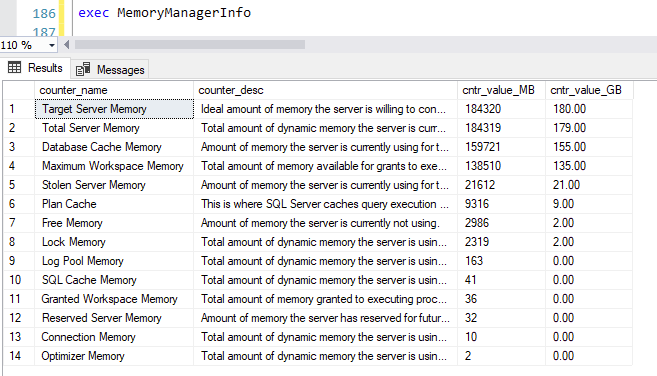 Based on screenshots you added today to the question - 1) Windows Task Manager (what you posted is not Resource Monitor) says your SQL Server is using 23,281,112 KB which is = 22.2 GB

If you worry about your server starving off memory, reduce Max Server Memory in SQL Server to a lower number (20 GB, 19 GB, 18 GB etc.) 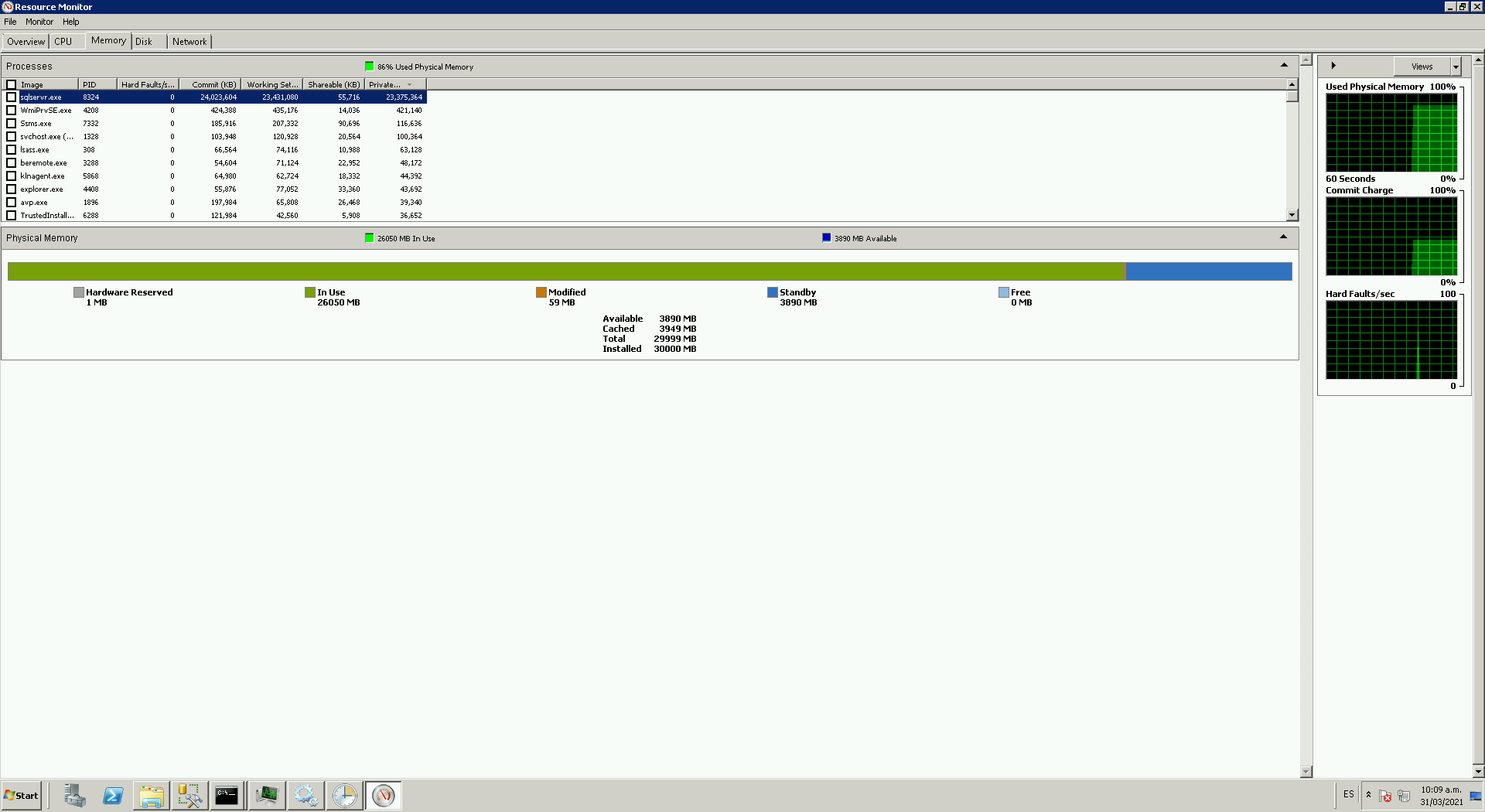 Not the answer you're looking for? Browse other questions tagged sql-server-2008 or ask your own question.