I need to check if I have the correct conceptual database model. My requirements

Thank you in advance for all the comments 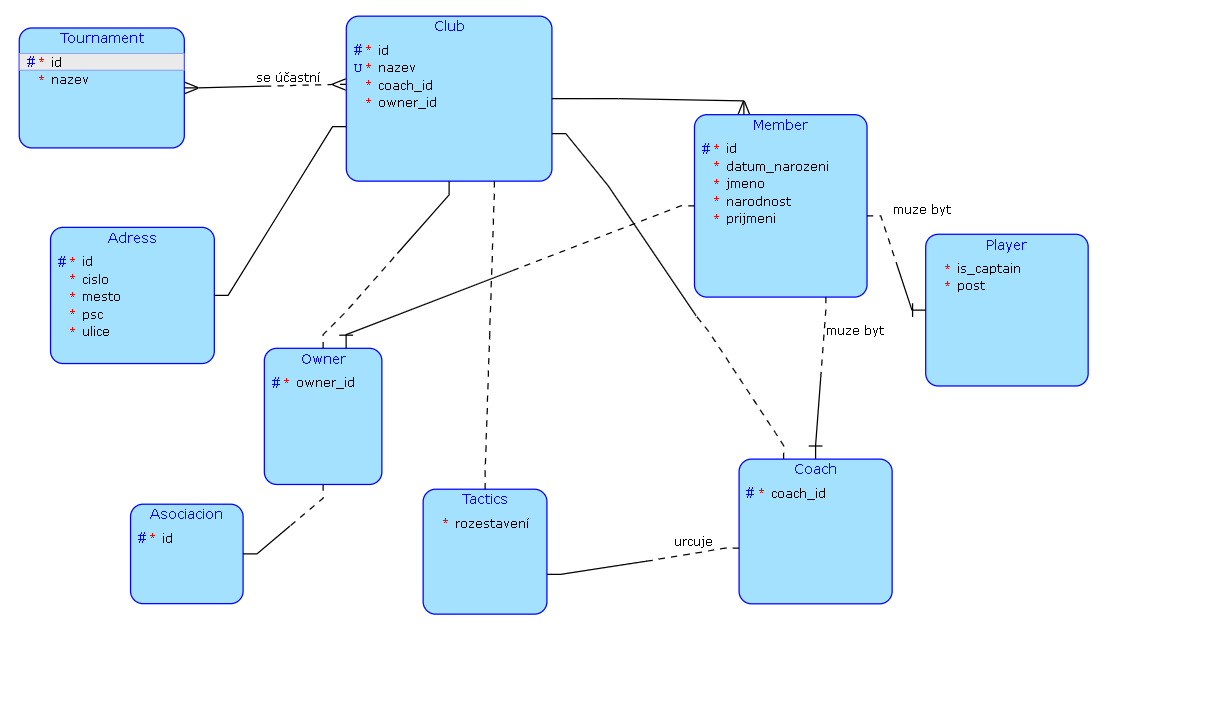 I think your conceptual schema represents what you said, for the most part. I'm assuming Team and Club are synonymous here. If so, does a Member of the Club need to be the Owner or can it be a non-member?

In any case, you'll need to setup a one-to-one relationship between Owner and Club (e.g. Club would store OwnerId). Then a foreign key constraint would be setup on the Club.OwnerId referencing Owner.OwnerId to ensure the referential integrity of your second point.

Typically the foreign key constraint will also ensure that the Club.OwnerId is non-null, i.e. each Club has one Owner as part of your third requirement. You'll also want to follow the same foreign key constraint on Club.CoachId which will either reference a separate Coach table or the MemberId of the Members table, if you don't have a Coach table.

If you don't have a separate Coach table then you'll need a IsCoach boolean based field in your Member table, and you should do the same for the Captain entity. Instead of a separate table, you can easily store a boolean based field on Member called IsCaptain. This also allows you to fulfill the multiple roles in your fourth requirement.

5
Help with good RDBMS transactional schema design that mimicks a sports league
1
Unique column values between tables
9
Advice on a basic design, first time database design
11
Conceptual ERD Multi-table many to many, or possibly recursive?
3
Creating a structure to allow for optional teams of people rather than just individual people
0
Database design for Scavenger Hunt Game