Importing MySQL dumps to multiple MySQL instances in one machine

The reason I have 6 MySQL instances here, I have also other 6 servers which is hosting other websites. This server (according to my plan) will be acting as a Disaster Recovery Server. What my plan is;

What I couldn't figure out is to make instances to be separate from them.

Which I edited my.cnf file and created instances, which they're all up and running, I also checked it with netstat -telpn, and ports are listening.

After I use above command and import dump to database, all other MySQL instances also can see this database in PhpMyAdmin.

I already setup phpmyadmin to allow me to check all databases in one url, buy adding $cfg.['server'] and port etc.

But when I import MySQL dump to specific instance, how can other instances have access to that database?

PS: Each instances has their own data paths;

My question is, how can I setup a multiple MySQL instances in one machine, and let those MySQL's be a replica member of another servers master. While doing this, by accessing those databases via phpmyadmin, any instances shouldn't access to other data. 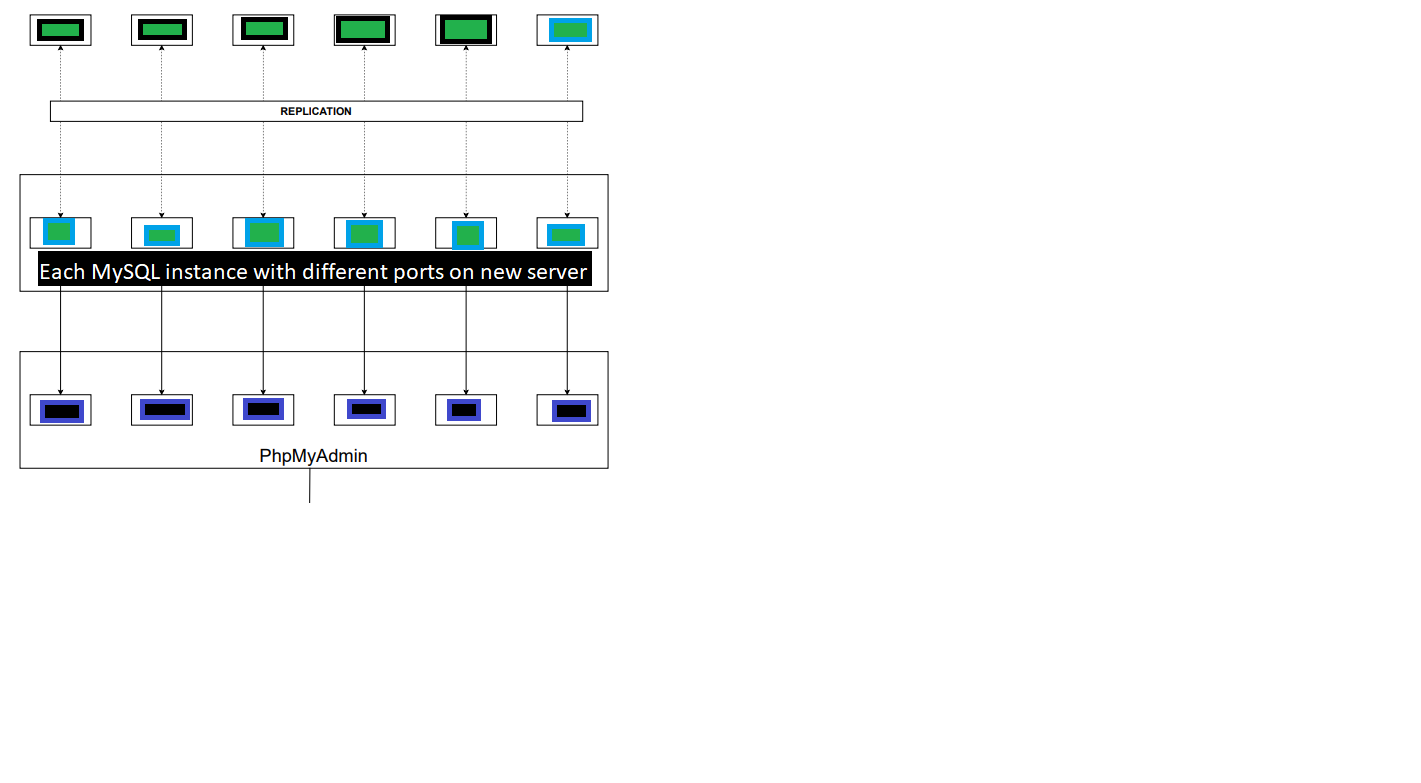 You have 2 servers; 12 MySQL instances?

On each of the 2 servers, do one or the other of:

Plan A: Multiple MySQL instances, each using a different my.cnf, Port, and base directory.

Plan B: Multiple Dockers, each with one MySQL instance. Configure Docker config maps incoming different port numbers to 3306. You should probably use a "volume" so that the base directory can persist rather than vanish when the Docker vanishes.

With either Plan, be sure to lower innodb_buffer_pool_size to account for having less RAM available. (Other settings may need lowering, too.)

Each Replica points the the Primary server, but with a different port number.

Not the answer you're looking for? Browse other questions tagged mysql replication mysqldump phpmyadmin or ask your own question.