When I select columns from both joined tables a get a huge memory grant (529808). If I query each table columns separately it has a combined memory grant of just 8008.

Why does the combined list of columns have such a large memory grant? Or what are some of the steps I could take to find out? 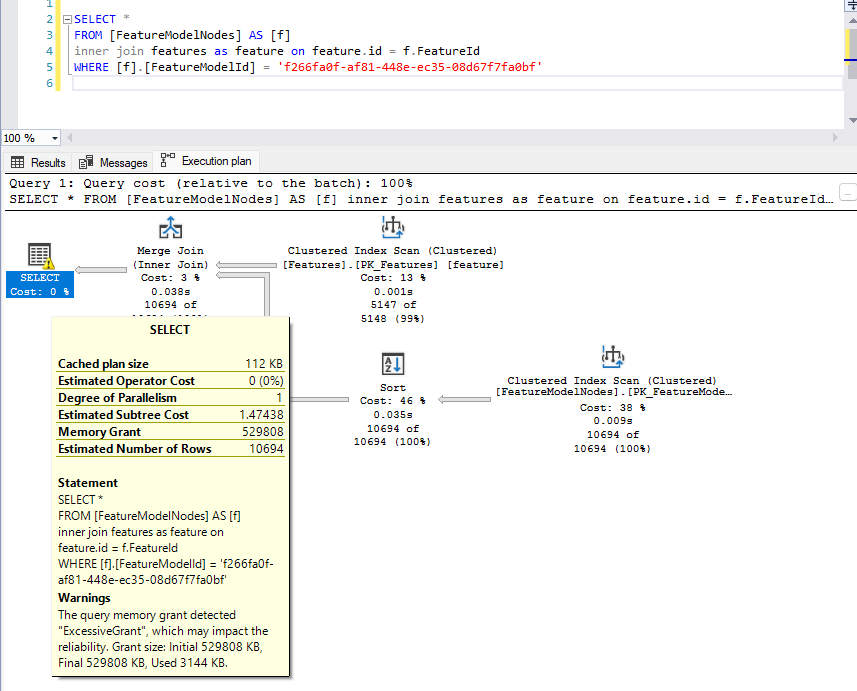 Querying just the columns from the first table has a memory grant of 6152: 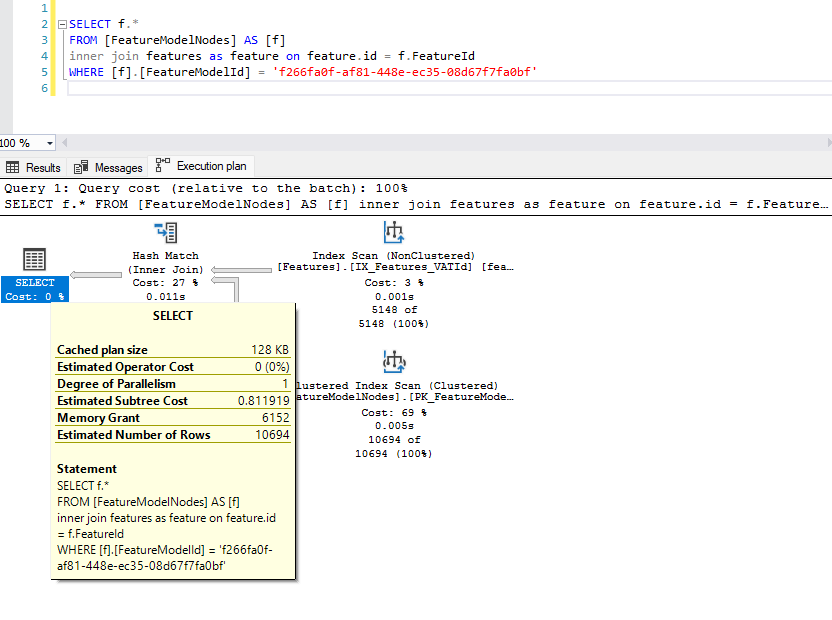 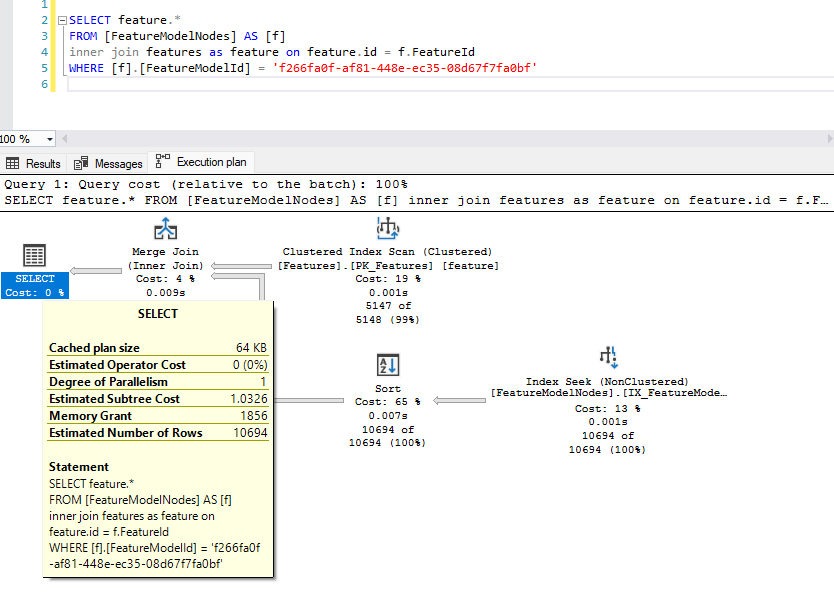 Your first query plan with the merge join has a sort in it to support that operation. Merge joins require ordered data, and you only have index-ordered data coming from the inner table.

The outer table's index does not have the join key in a useful place in the key of the index, hence the sort.

When you SELECT *, you'll be sorting * by whatever ordering element(s) exist(s). That's a size of data operation, which you need a memory grant for scratch space to accommodate.

In the other merge join query, your sort operation will only take place on the join column, which will require significantly less memory space than the * in your first example.

Feel free to hover your mouse over the Sort operator to validate output and order by columns.

The hash join query has no sorting, but the hash join will require some memory (just less because hashes normally aren't size of data the way sorts can be) to build the hash table.

Though it's not mentioned, it may be worth noting that parallelism does not cause memory grants to increase by DOP.

3
What is the best index implementation for a really large databse
8
Large memory grant requests
2
Excessive memory grants from indexed foreign key cascade delete
4
SQL Server 2016 - excessive memory grant warning on poor performing query
0
Joining of two tables, one containing a large amount of data. Need help optimising the query
2
Why does memory reported by sys.dm_os_buffer_descriptors not match the max server memory when large db tables are queried? (Table size > max memory)
1
Why is bcp out much faster than select * even when bcp uses select * internally?
9
Is it possible for SQL Server to grant more memory to a query than is available to the instance