ORDER BY clause is allowed over column that is not in SELECT list?

In theory, every statement in SQL Server create virtual table passed to next statement. In other words, when FROM and Where clause are finished, next step is SELECt columns from virtual group created step before.

But, it is possible to order result set by column that is not listed in select list.

How is it possible, when SELECT clause are executed before ORDER BY and which primary task is to select columns for rendering?

It is a little confusing or I don't get something.

It's not always possible:

If DISTINCT is specified, the expression in the ORDER BY clause have access only to the virtual table returned by the previous step (VT5)

If DISTINCT is not specified expressions in the ORDER BY clause can access both the input and the output virtual tables of the SELECT phase.

Explanation is taken from "Inside SQLServer 2008 T-SQL Querying" - I'm not sure if this particular chapter is available online (Step 6: The Presentation ORDER BY Phase, p.16.)

Msg 145, Level 15, State 1, Line 1
ORDER BY items must appear in the select list if SELECT DISTINCT is specified.

What happens in this scenario is the column that is sorted on will now be part of the Output of the scan/seek operation. For instance, take this example: 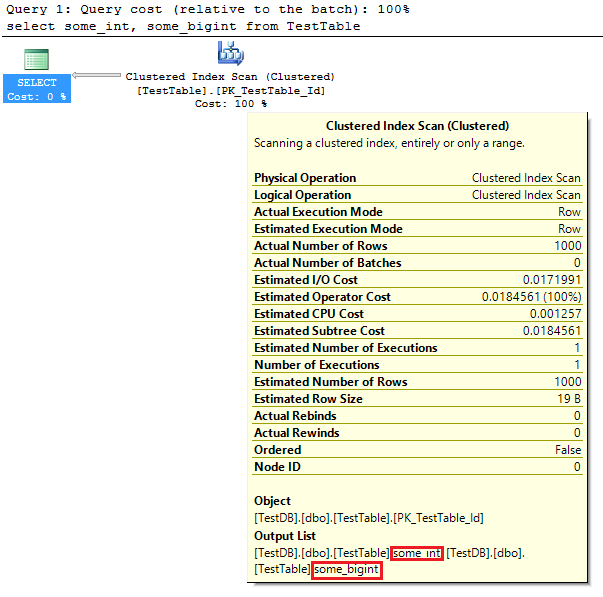 We will have an execution plan that, for the clustered index scan, has an output list of some_int and some_bigint. Just as you'd expect. Now let's alter this query and sort on a column, but don't include it in the selected column data: 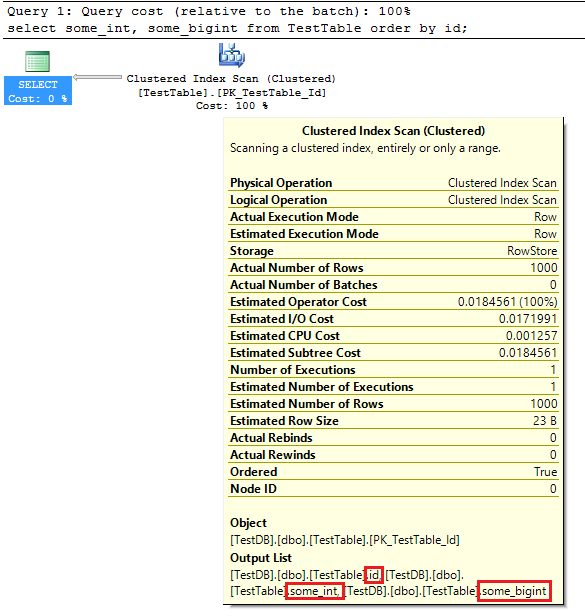 Now we have an output list on the clustered index scan that includes id, some_int, and some_bigint.

2
How does ORDER BY really work?

18
SQL Server Join/where processing order
5
Slow SQL Server query using a DB2 linked server in virtual environment
5
Execute T-SQL Only If AlwaysOn Database Is Primary
2
Query runs slowly when a non-indexed column is added to the WHERE clause
1
Slow query performance when searching for a particular value, but fast with a different value on the same column
6
Why are virtual log files not always allocated in order?
4
Why is our query suddenly returning rows it should not (using READPAST and UPDLOCK options)?