What throughput should I expect with MPIO?

Dell PowerEdge 2950 with two 1 Gbps NIC's going to two 1 Gbps ports on a switch which then goes to a NetApp with four 1 Gbps NIC's that present as one virtual interface. 24 drives, 7200k SATA, NetApp RAID-DP. I've mapped each host NIC to the NetApp using MPIO in the Microsoft iSCSI initiator. Testing with SQLIO my write throughput appears reasonable at about 200 MBs, but my reads are closer to 100 MBs.

Shouldn't my reads be closer to 200 MBs just like my writes? Is this a configuration problem or is there a fundamental storage issue I don't understand? 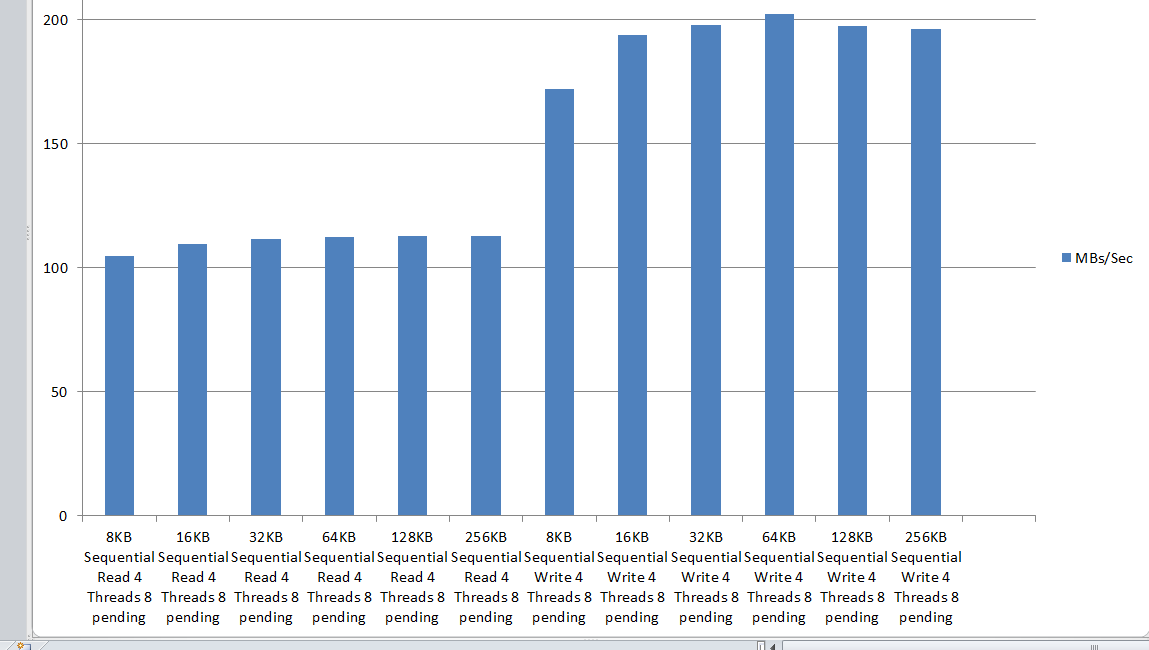 Update: Here are IOPS for the random workload. The reads make sense, though, I'm not sure what to make of 20000 for the writes. SAN cache is 3.2 GB. SQLIO tests are against a 25 GB file. 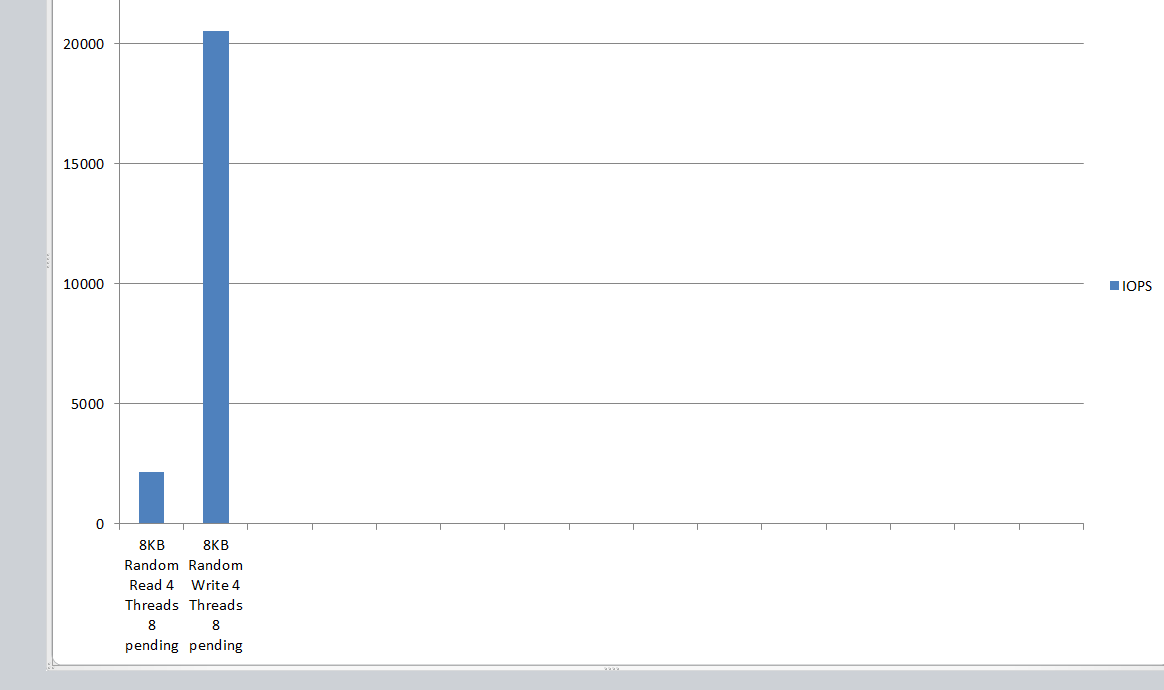 Disk writes are actually going to memory (NVRAM) on the filer, to be flushed to disk later - on an idle filer, these will be incredibly fast, and iops of 20,000 are quite believable (you'll see similar speeds from most SSDs).

Reads, on the other hand, need to come from disk unless they already happen to be in the filer's read cache (which, unlike writes, are on volatile memory).

It's hard to pin storage vendors down on iops for spinning disks, but for a 7200RPM drive, 80-120 iops is quite believable. Considering that you've probably lost a couple of disks to NetApp's RAID-DP and/or spares, 2,200 iops is close to what you could expect from 22 disks performing around 100 iops each.

This may not explain your read speeds (your disks may not be doing the full 2200 iops when you're performing a sequential read), but it may at least help explain your write performance.

For posterity, after much trial and error, we figured out how to get the expected throughput.

As mentioned above, the NetApp had one virtual interface backed by four physical NICs. The host has two NICs and I had configured MPIO through the MS iSCSI Initiator so that there was a path from each NIC to the one virtual interface. The results were the throughput above - writes made sense at close to 200 MB or the speed of two NICs, but the reads were half that or the speed of one NIC.

Upon closer inspection, our SAN guy noticed that traffic was only flowing through one of the physical NICs for the reads. I'm not sure if there was a configuration mistake on our end, but there were two things we tried and both got us our throughput. One was to change from one virtual interface backed by four NICs to two virtual interfaces, each backed by two NIC's. Then map one host NIC to one virtual interface. The other thing we tried was to use "aliasing" on the SAN side to present multiple virtual interfaces. (I'm not a SAN guy, so hopefully I said that correctly.)

My take-away is that we just needed the SAN to present more than one interface so the Initiator truly saw multiple paths. Here is our throughput now: 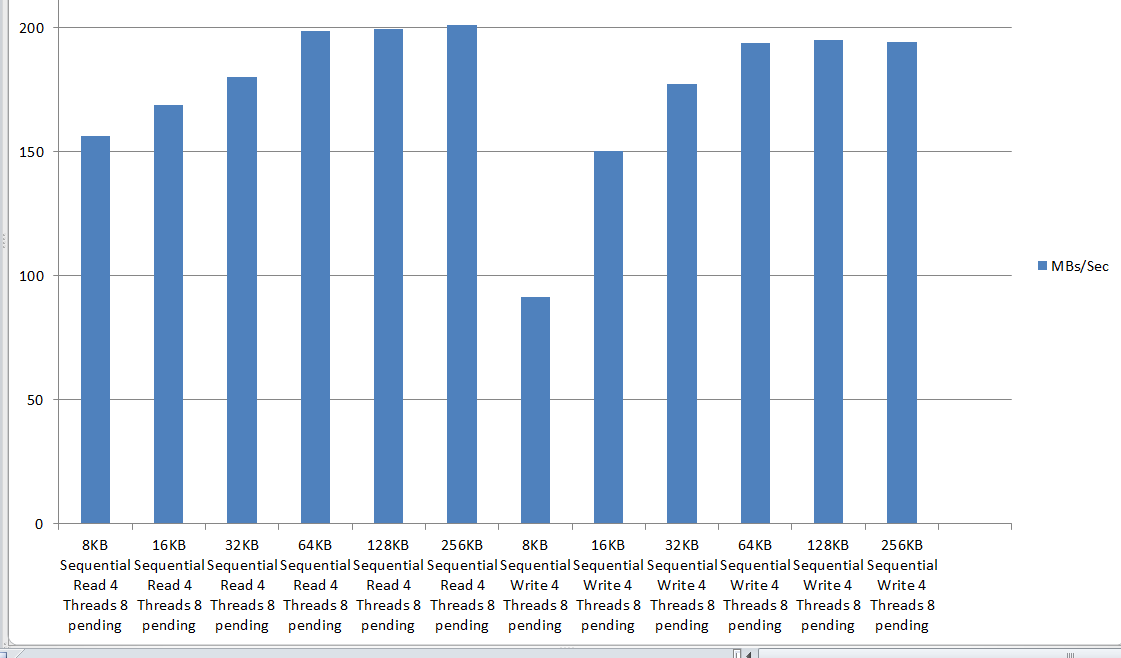 23
What can cause a mirroring session to timeout then failover?
3
Should all queries where you expect a specific order, include an ORDER BY clause?
1
What locking can I expect with DBCC CHECKIDENT(RESEED)
4
Disk Latency vs Throughput
2
Throughput throttling on Azure VM
2
CrystalDiskMark Test Discovers Lopsided Throughput; What Setting Should be Changed?
9
What big limitations should I expect from Linked SQL Servers?
6
Should I avoid adding a clustered key to a table with high throughput
1
SQL Server Disk throughput slower than diskspd
4
Maximizing throughput on bulk data processing