What is causing Waiting for table level lock errors?

We got the database hanging twice already and trying to find a cause.

In here the disk space was full so we thought the problem was over after giving it some more but the next day at midday it hanged again:

What could be causing it?

Database has a mixture of tables with both MyISAM and InnoDB engines.

If you ran out of diskspace with the process list you gave me, then we can place blame on the MyISAM storage engine. Why?

In your particular case, it is not one of your tables. If a JOIN,GROUP BY, or ORDER BY was being executed and a temp table was being written to disk (on disk temp tables use the MyISAM storage engine) the MySQL simply freezes when out of space. How do I know that ? 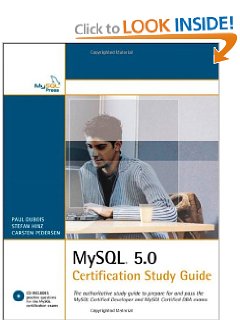 If you run out of disk space while adding rows to a MyISAM table, no error occurs. The server suspends the operation until space becomes available, and then completes the operation.

I have discussed this situation before

Something tells me that you have one of these two situations

Suggestion #1: Map tmpdir to another disk

Run this code to install a RAM disk that will available on Linux reboot.

Then, map tmpdir to /var/tmpfs

Not the answer you're looking for? Browse other questions tagged mysql innodb myisam locking or ask your own question.

9
Why do MySQL tables crash? How do I prevent it?
6
How to solve MySQL “The table is full” error 1114 with Amazon RDS?
6
“Site Offline” MySQL server failing to start and stop
3
Very Large Log Files

9
Consistent logical backup of databases that use MyISAM and InnoDB engines
2
Why can't I get a lock on an InnoDB table?
10
way to prevent queries from waiting for table level lock
0
InnoDB row level locks without SELECTs?
1
MySQL 5.6 replication causes 'waiting for table lock'
0
MySQL Storage Engine Changed from InnoDB to MyISAM on restoring backup in lower version