When to stop splitting tables?

I am creating a league management system. I came up with the diagram below. I am no database expert but I feel it would be better to merge the three following tables: season_league, league_division and division schedule(see second image). This is for mySQL using doctrine with Symfony2 if it matters.

What are your opinions? Any suggestions? 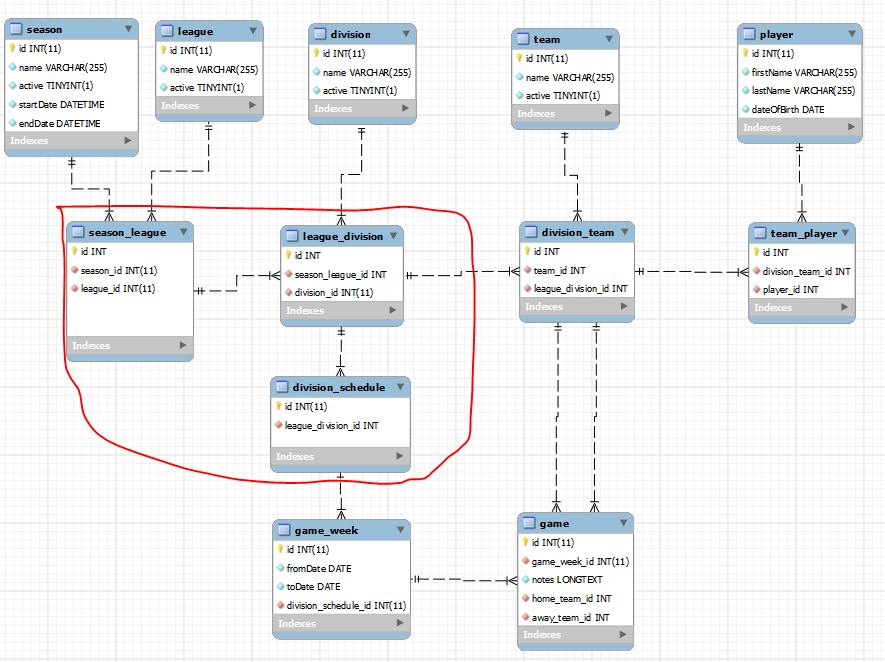 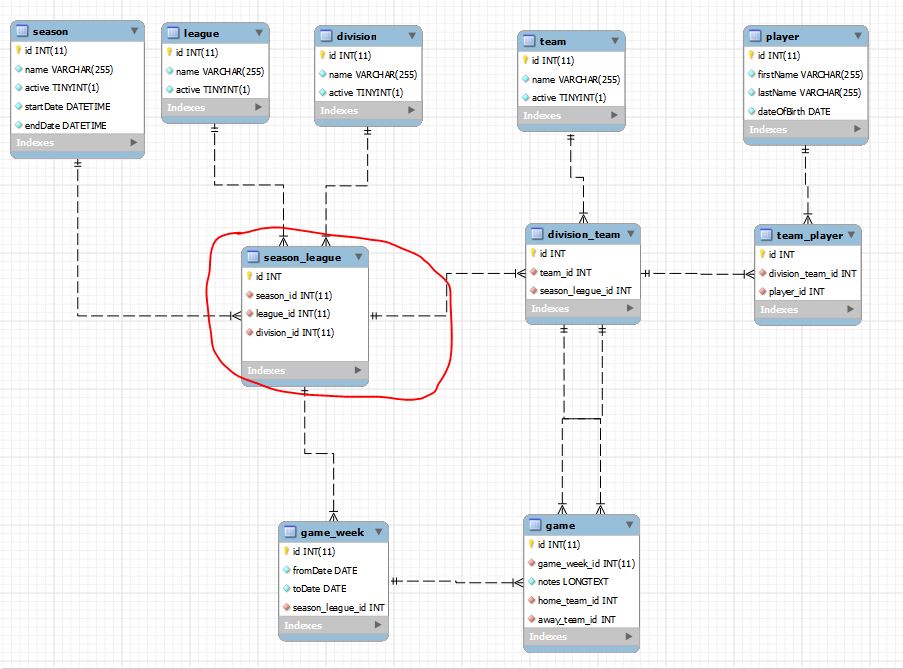 The decision of whether to merge these tables or not should depend on whether the separated tables provide useful information. Use the rules of database normalization. What are the functional dependencies? What are the candidate keys?

One question I would have is whether it is useful to know that a league exists in a season. If you combine the tables, then what you have is a division exists in a league in a season. There is no "independent life" of a league except that it has a division. There are other subtleties too, like whether a division can exist in more than one league within a given season. If you combine the tables into one then this type of business rule could not be enforced with declarative referential integrity. Does this matter to you? It depends on what other manual or automated controls you're willing to put in place to manage this risk.

Without any more information about your intended business rules, I would say these three tables should definitely be combined.