Let's say I want to register all faculty of a university and they are in different fields and have different resume information. Here we have some common fields and some field specific fields. for example for CS and economic and medicine we may have:

We also may have students in the system:

My first guess was to make a user_table and place all the common fields in it and then make field specific table for each major, CS_faculty_table, Medicine_faculty_table, Economic_faculty_table and student_table. Then thought about inheritance and polymorphism is OO programming language and if it is available in DB area. Then I saw accepted answer of this question that says you can have different fields inside a JSON file and store it in your DB as a BLOB field!

I'm new to DB filed and don't have enough experience in designing DBs so I wanted to know what's the best approach in this kind of situations?

I want a general answer. I don't know if the DB differs or not, and I don't care to change my DB to another open-source DB (sql or no-sql). I had PostgreSQL in mind.

You did not mention whether this was an OLTP or Decision Support solution; lets assume OLTP.

In your example you have indicated that the sub-class can have many values. When the number of sub-classes are known and static, you could model it as follows: 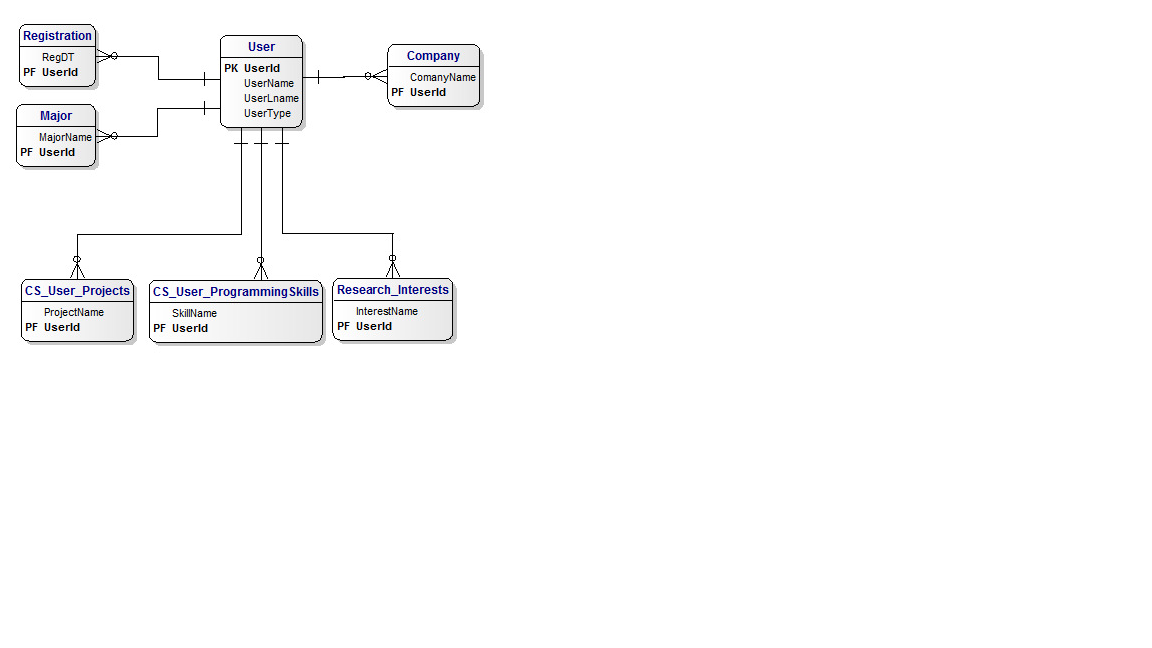 The DDL for the User table is as follows:

The UserType attribute is new and is used to identify which subclass you are storing for a given user.

For your CS Subclass example

Now the application would know that it had to go to the CS_USER tables to get the information for CS users as follows:

If you want multiple sub-class information (User Programming Skills), you have to join to that sub-class table as well.

This is a straight forward, simple design; however a potential drawback is that it is a static design. If you wish to represent another sub-class (Engineers, Nurses, ...); then the sub-class tables must be added and the application changed to handle the new sub-class use cases.

In order to allow the model to take on new sub-classes without a change in the data model; you must think of the sub-class as a data object and model the relationship in the following way: 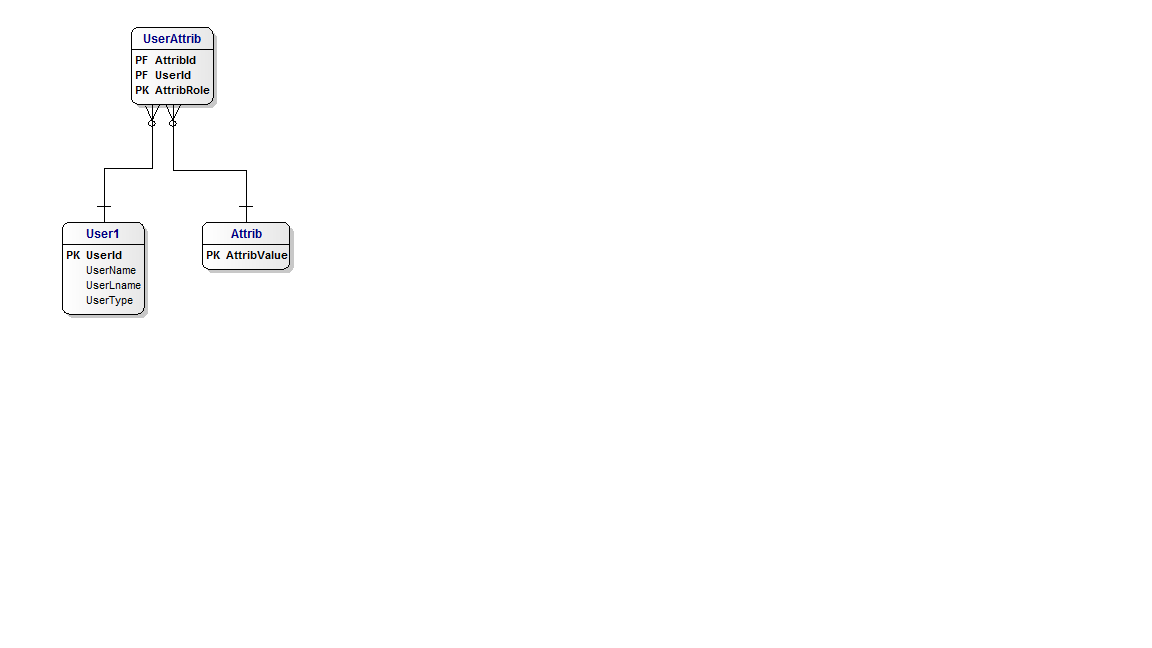 The User table (super-class) stays the same and you still have a classification described by UserType; but now you have an Attrib table to hold the values for each sub-class of user.

As an attribute can belong to many users and a user can have many attributes, the relationship between users and attributes is called a many-to-many relationship. This is resolved by addition of the UserAttrib table with primary keys from each parent table. The Attribute Role is provided for context of the relationship. Let's see how this would load for your CS example again:

To query our little data model as before:

Note that to return multiple attributes (e.g. also return User Programming Skills say), you would have to join to the UserAttrib table again. The benefit in this design is that if a new sub-class comes along (Engineers who specialize in Electrical, Chemical, Mechanical, ... sub-classifications). Then you would simply add data for these classifications and assignments as above without having to change the data-model to do so.

These are the classical, general solutions to super-class/sub-class design for ALL Databases that you mention in your question.

In the Postgres Database case, you should investigate the INHERITS clause of CREATE TABLE.

It allows a table (sub-class) to inherit the parent (super-class) table definition. In addition, you can alter the child (sub-class) tables to add additional attributes to achieve your desired effect of tables which would match on a sub-class by sub-class basis. Note that this implementation method is very similar to the first method we discussed (static, known sub-classes) and would not apply in all design criteria (e.g. dynamic and/or swiftly changing sub-classes).

Not the answer you're looking for? Browse other questions tagged postgresql database-design nosql or ask your own question.