I hope this question is easy for someone to answer :)

I have a table that looks like this (unimportant columns hidden)

Now I did some indexing on that table and that also involved shortening the Name-column to 256 width. But when I change this column

The database grows by a non trivial amount. (And yes I double checked - this is the only change I make here) In total that table has 90746 entries and before altering the table SSMS said the size was 247.56MB.

But after this update the database grew to 336.13MB.

How can this be? Can someone explain?

UPDATE: I tried DBCC SHRINKDATABASE (myyDB, 0); that led to a smaller database of 268.81MB, but that is still bigger than the original database size with a wider column, I still do not understand :)

SQL Server will create a new column, copy the data over, and drop the old column. The table will increase in space by some factor larger than just the size of the new or old column and/or the average or max length of the data. The reason is that temporarily the copy of the data for all rows on a page can't possibly fit on the page, so many new pages will have to be generated.

It doesn't reclaim this space after dropping the column. In order to reclaim the space, you'll need to rebuild the table / clustered index.

I was curious and I tried on small test table. the Table size it self before and after change remains same so the newly occupied space has to be with some SQL server's internal/system tables. 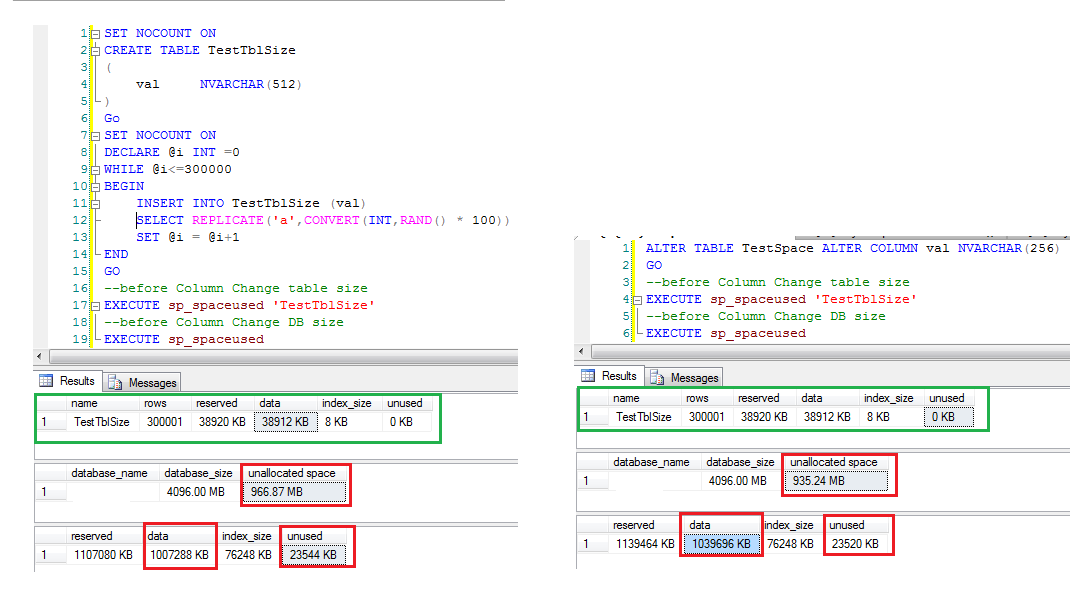 Not the answer you're looking for? Browse other questions tagged sql-server alter-table disk-space database-size auto-growth or ask your own question.