VS2012 setup spoils SQL Server 2012 Data Tools for everybody or just me?

On Windows 7 Prof I have installed SQL Server 2012 R2 with, as I am pretty well remember, client tools. 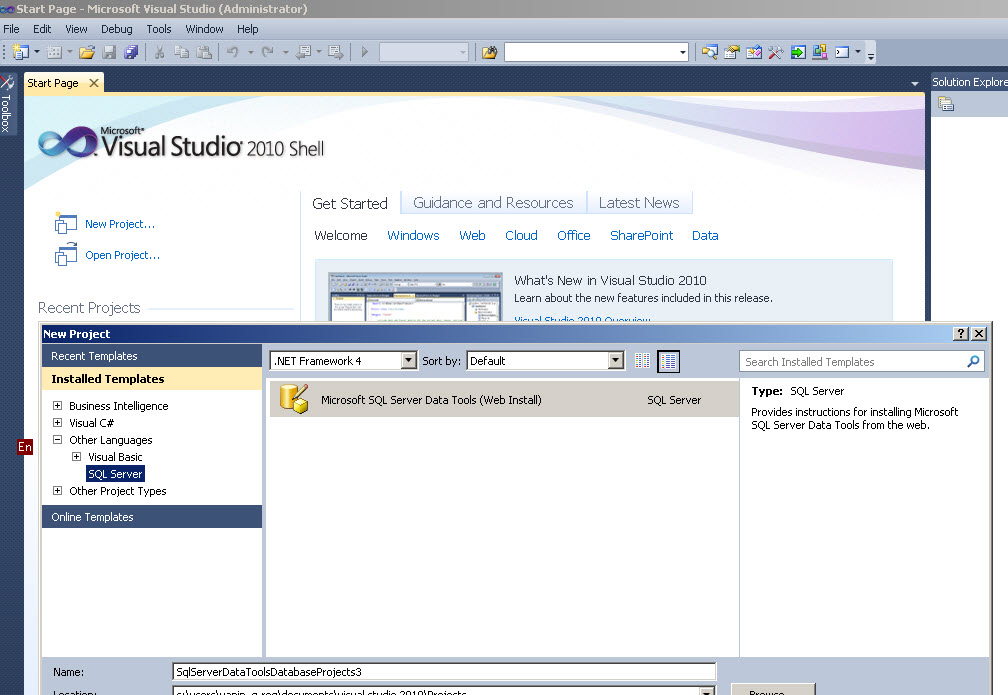 and on pressing OK button 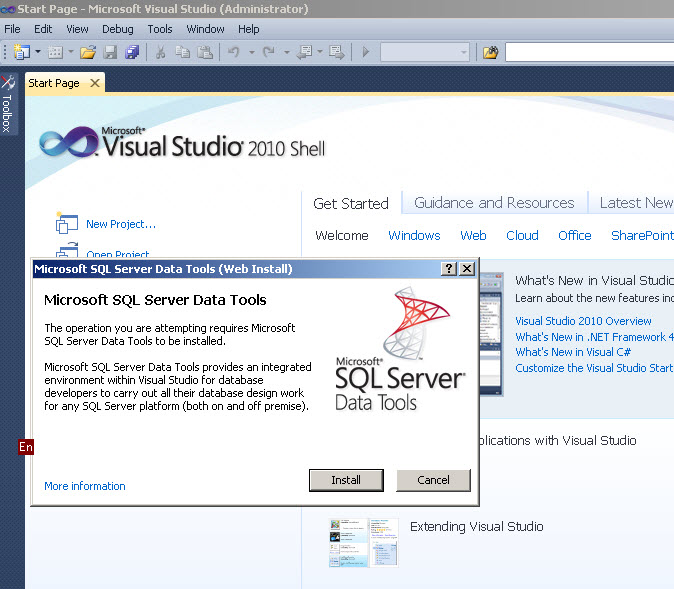 Also, a book on SQL Server 2012 I am reading tells me that in such situation I should see (to choose) "SQL Server Database project" template (which is absent in my case) 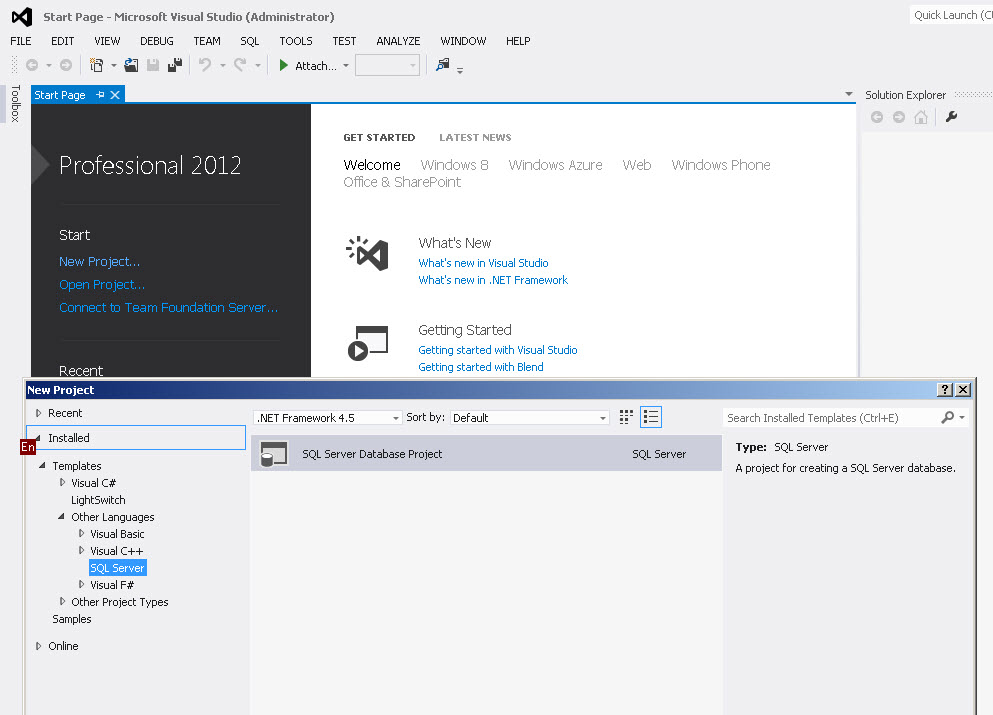 but on pressing OK button, I get 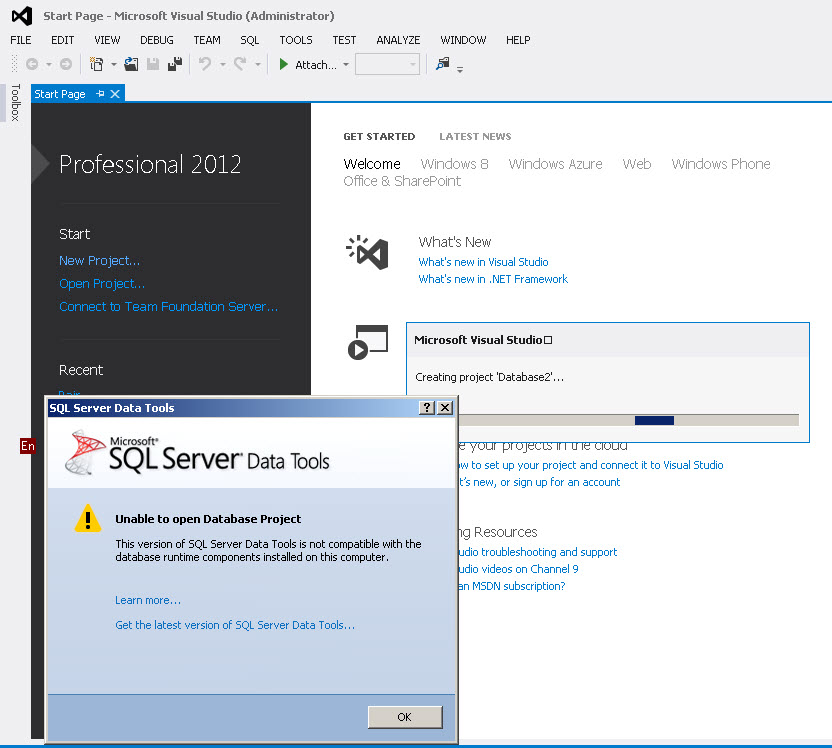 I had a similar problem with my installation of VS 2012 (Premium). I installed VS 2012, at the custom installation options screen I chose the option for SSDT, but when actually using it, it was really absent (same error as yours).

My idea is that the default installer only adds the template for the project, but not SSDT itself. I also had to install SSDT separately (in this case only for VS 2012) and it worked (SSDT for VS 2010 is necessary only if you want to open SQL projects in VS 2010, but I guess you know that already).

Not the answer you're looking for? Browse other questions tagged sql-server sql-server-2012 installation visual-studio-2012 or ask your own question.