How to create a server alias in SQL Server 2012

We have a Windows Server 2012 server running with 2 instances of SQL Server 2012 installed on it - Live and System. Both instances are accepting connections on 1433 & Live is the default instance (1433 set in the ListenAll port).

We have a program that needs to connect to the System instance, however it does not support named instances of SQL Server.

From what I have read, we have 2 options -

We'd prefer to go with option 2 as it means we don't need to setup any more hardware, but I can't get it to work. The network team has set up an extra DNS A record ("programDB") to point to the server.

When I connect to programDB from SSMS, it connects me to the Live instance, not the System instance.

Have I miss understood how aliases work, or have I missed something in the setup?

Update: This is what I have set up: 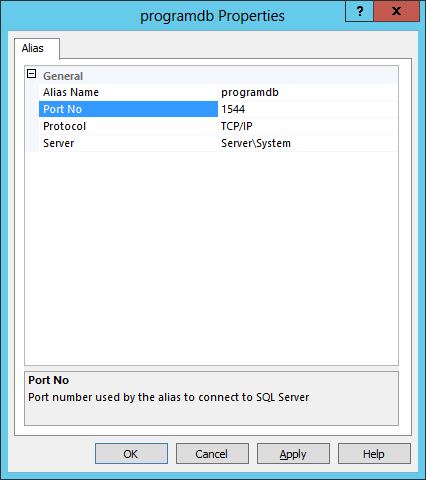 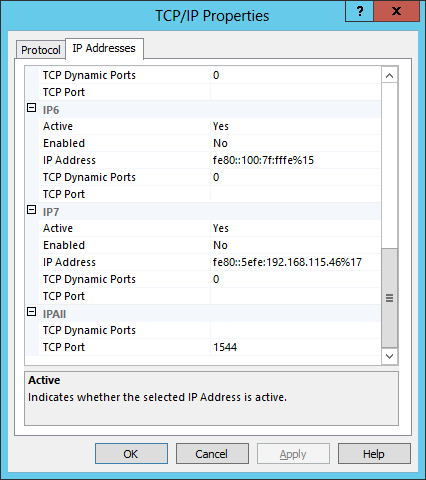 I've restarted the services a number of times. If I try to connect to "programdb,1544" then it connects to the System instance

Another option is to add additional IP addresses to the machine (does not require an additional network card to the best of my knowledge) each one with a different DNS entry. So now you can connect to that machine using multiple names. Then you set up the IP address in the TCPIP settings for the instance (using configuration manager). Each of those IP Address/Machine Names has a port 1433 and that port can be assigned to extra instance.

Here is a link with fairly detailed set of instructions http://kevine323.blogspot.com/2013/08/setting-up-aliases-on-sql-server-with.html

Set one of your instances to use a different port. The alias will allow the different port to be used without the client having to worry about it.

Not the answer you're looking for? Browse other questions tagged sql-server-2012 instance or ask your own question.