What are the compelling resons to update SQL Server name to a real one after its changing?

All of them on running 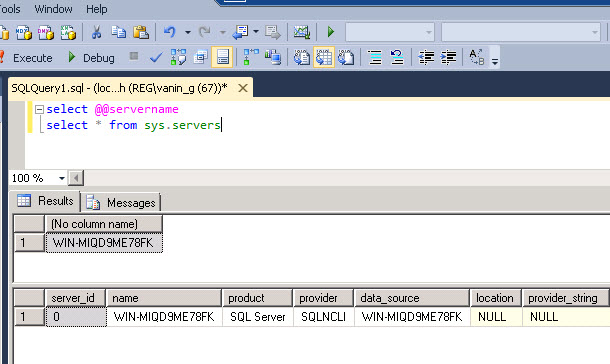 These production servers works over 2 (probably much more) years.

As far as I can guess the hosts' name were changed after installing SQL Server.

What are the compelling reasons for updating SQL Servers name for its real host names?

And which surprises should I be ready for after such changes?

If you aren't using SQL Server Replication or remote jobs (MSX Jobs) then it really doesn't matter all that much. It's a bit annoying when the server names don't match when you run select @@servername, but it's really not that big a deal for the most part.

Not the answer you're looking for? Browse other questions tagged sql-server sql-server-2012 installation configuration maintenance or ask your own question.