I make a web application which has experienced heavy growth in the past week and it appears my database is seizing up because of it. 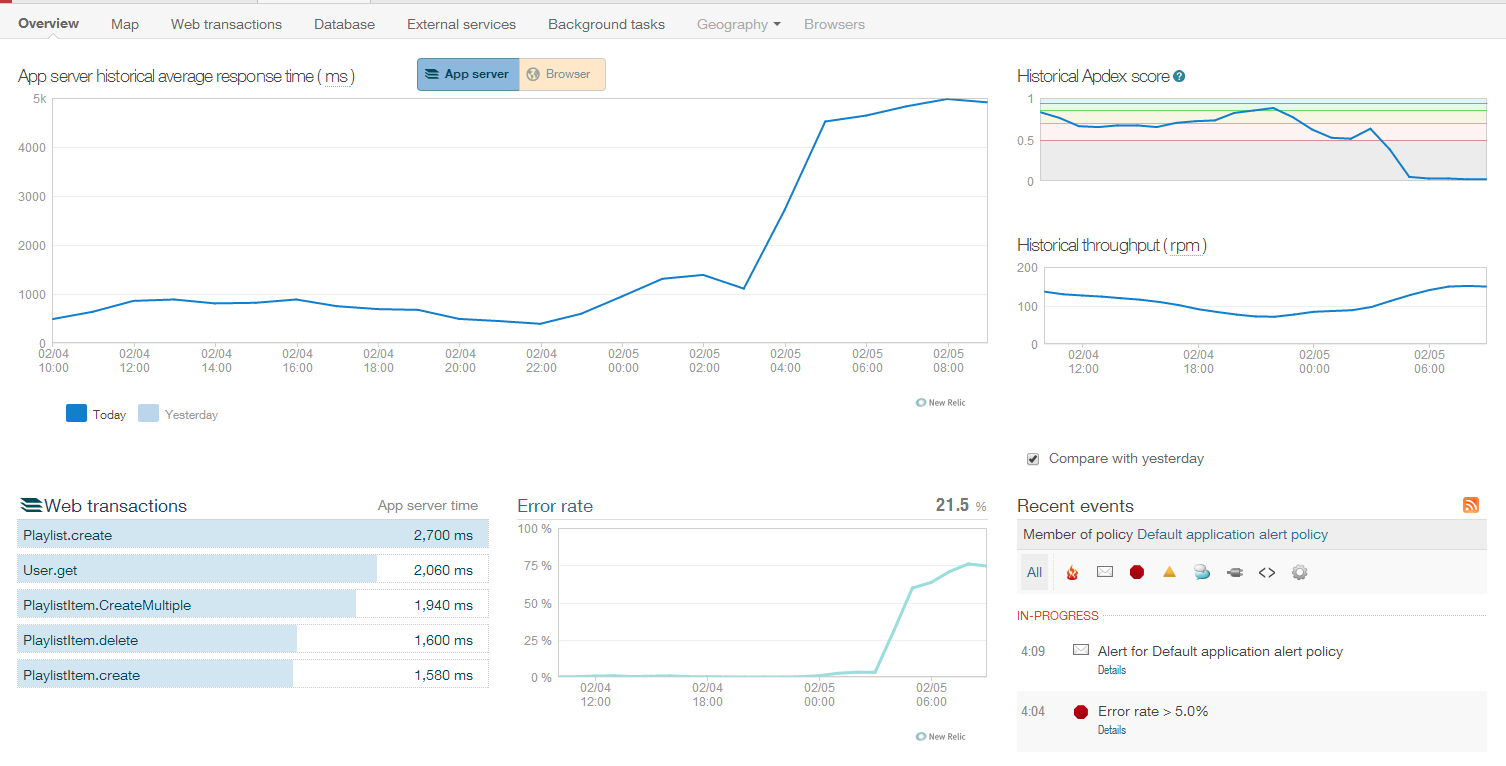 You can see that everything seemed to be OK until about 3AM this morning and then all of my requests started timing out. This isn't the first time this has happened, but after I push new changes to the server it starts up OK again. It doesn't seem to happen under low load, but has also ran at high load for hours perfectly fine. I don't think 3AM is an especially high load time.

Things I have done / to note:

What on earth should I be looking at to try and get a grip on what is causing my database to lockup? It's showing only 1% CPU usage so I don't think it is overly taxed. It shouldn't be a long running query if I have 5 second caps on everything. It's not the indexes. I'm running out of ideas.

In terms of queries -- it's all SELECT user statements. It's just a bunch of people trying to login and access their account. I'm getting about 1000 requests / 30 minutes for SELECT user.

Even though I had an index on User's ID, I did not have one on Playlist's UserID. This was root cause.

Not the answer you're looking for? Browse other questions tagged sql-server performance query-timeout performance-tuning or ask your own question.