I have been using MySQL as a windows service successfully on my windows 7 machine for perhaps a year. It has always worked fine. Here are the steps which I think caused it to no longer launch: 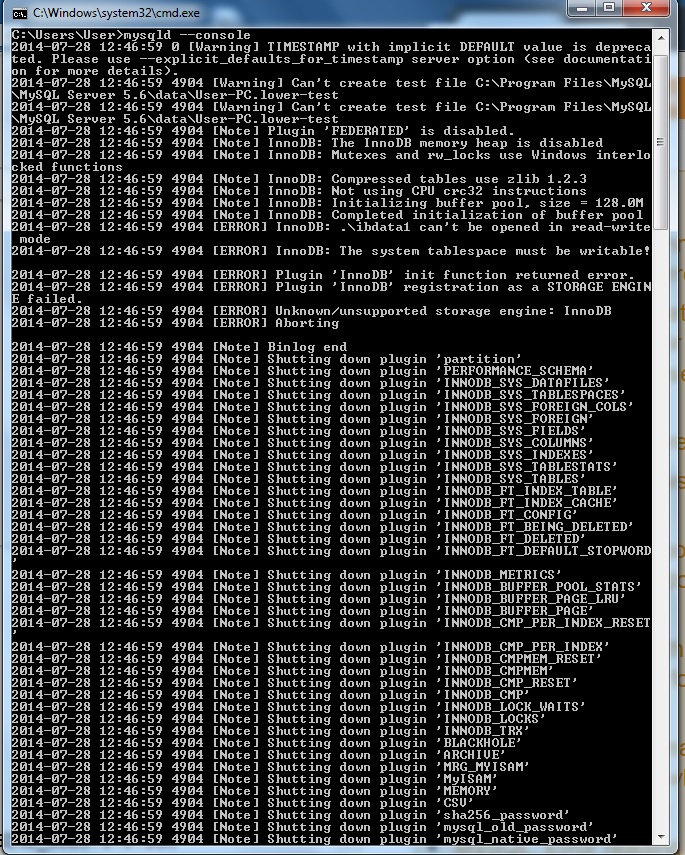 How can I resolve this problem?

Here are the contents of my.ini:

I then restarted cmd.exe as an administrator per Rolando's advice, and got the following results, which indicate that windows cannot find a previous session for the MySQL service. Then cmd.exe remains hung up indefinitely without returning a user prompt: 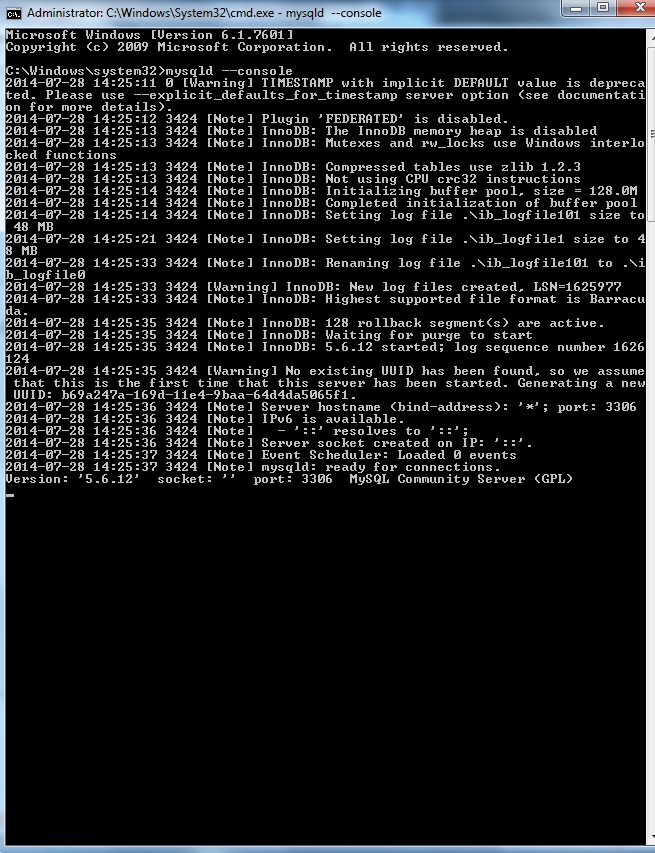 I then did both of Rolando's suggestions from his edited response, and got the following results indicating that the log sequence numbers are out of sync with one another, which would seem to be the result of the failed restart of windows. 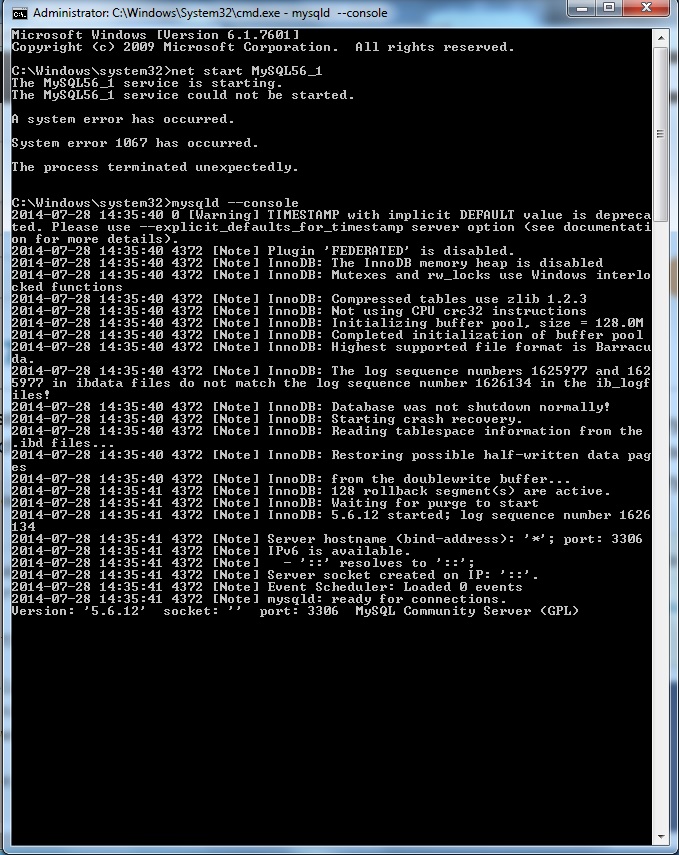 Below is the result of telling cmd.exe to echo the PATH variable: 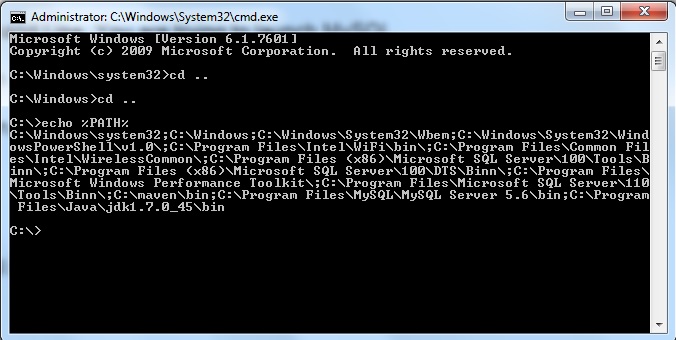 Here are results of running dir on the data directory: 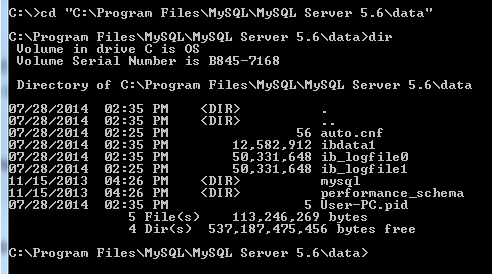 I just noticed that you are at the Windows Command Line. You are trying to launch MySQL.

You cannot start MySQL because you are not an Administrator.

Please Open CMD.EXE as an Administrator. Then, you can run

According to the latest update, mysqld is running just fine. That's because it says

A prompt will not return to you.

You can now open another Command Line session and login using the mysql client.

You need to run the following:

When you ran mysqld --console you were not using the my.ini

If you want the prompt to come back, run this

My suggestion from the Chat Session

Give the service time to regenerate the Log Files, and you should be good to go.

Not the answer you're looking for? Browse other questions tagged mysql innodb windows or ask your own question.