I stumbled at situation that changes my knowledge about transactions and locking fundamentally (I don't know much though), and I need help to understand it.

and I run this "insert 1000 rows within a transaction" query:

While this transaction is running, I'm executing a simple select:

It isn't always possible to reproduce it (apparently depends on timings) but sometimes select query will, after insert transaction finishes, return less than 1000 rows. In my ignorance I have believed that select will always return 1000 rows (given that isolation level is Read Committed), but obviously I have misunderstood how transactions and locking work.

So, I have these questions:

I haven't managed to reproduce this after running your code a few times.

I presume that it must happen when a later row gets inserted onto an earlier page in the file though.

So the order of operations is (for example)

You can test this theory by running the following in a different window after you have reproduced the issue and seeing if the missing rows from the original SELECT all appear at the beginning of this resultset.

The operation against an indexed table will be in index key order rather than allocation order so will not be affected by this particular scenario.

An allocation ordered scan can be carried out against an index but it is only considered if the table is sufficiently large and the isolation level is read uncommitted or a table lock is held.

Because read committed generally releases locks as soon as the data is read it is possible at for a scan against the index to read rows twice or not at all (if the index key is updated by a concurrent transaction causing the row to move forward or back) See The Read Committed Isolation Level for more discussion about this type of issue.

By the way I was originally envisaging for the indexed case that the index was on one of the columns that increases relative to insert order (any of Id, Moment, SomeInt). However even if the clustered index is on the random SomeData the issue still doesn't arise.

Results were as below 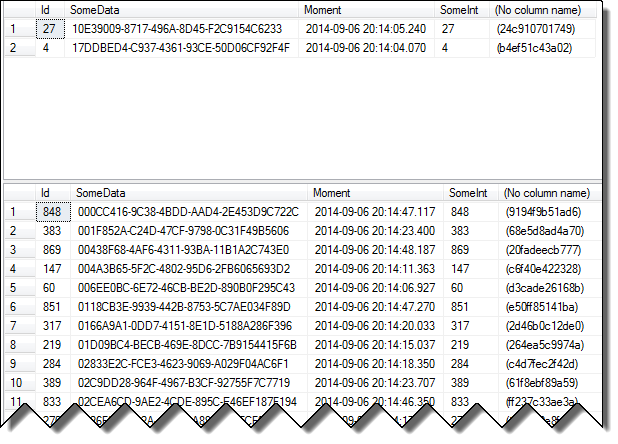 The second resultset includes all 1,000 rows. The locking info shows that even though it was blocked waiting on lock resource 24c910701749 when the lock was released it doesn't just continue the scan from that point. Instead it immediately releases that lock and acquires a row lock on the new first row. 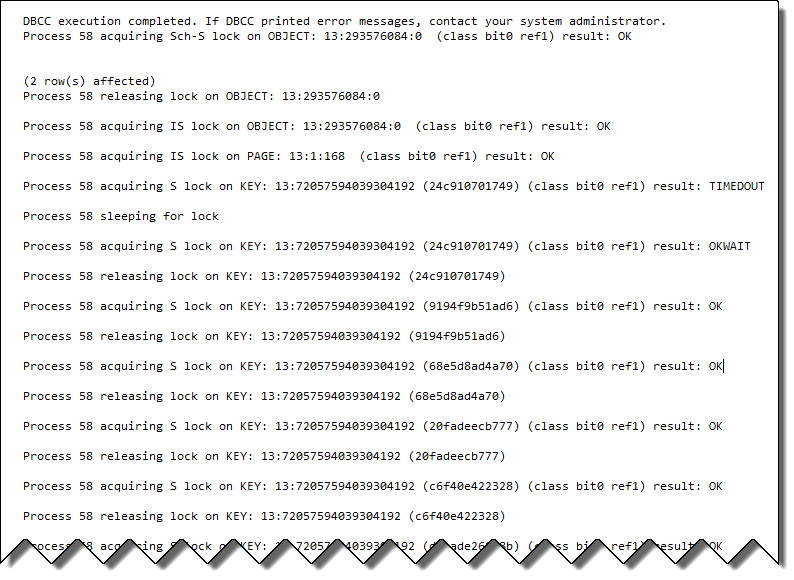 Not the answer you're looking for? Browse other questions tagged sql-server sql-server-2008-r2 index transaction or ask your own question.

1
Does SQL Server check disk space before allocating a new page?
10
TRANSACTION ISOLATION LEVEL SNAPSHOT vs. TRUNCATE?
3
SQL Read Committed Snapshot Isolation in Database with Selects and Inserts Only
2
Is it possible to override a ReadCommittedSnapshot isolation level with ReadCommitted isolation level for a particular transaction?
5
SQL Server Exclusive(X) lock not consistently blocking Shared(S) lock on a resource
5
70-761 Practice exam Question about @@Trancount final value
0
Understanding of Oracle Statement-Level Read Consistency between Oracle 10g and 10g+
1
SQL server - data successfully inserted in a table but not returned in Select Statement
2
What type of locks does BEGIN TRANSACTION cause against a specific table that's being read from?