What is faster, one big query or many small queries?

I have been working for different companies, and I have noticed that some of them prefer to have views that will join a table with all its "relatives". But then in the application sometimes, we only need to use only 1 column.

So would it be faster to just make simple selects, and then "join" them in the system code?

The system could be in php, java, asp, or any language that connect to the database.

What would address your question is the subject JOIN DECOMPOSITION.

According to Page 209 of the Book 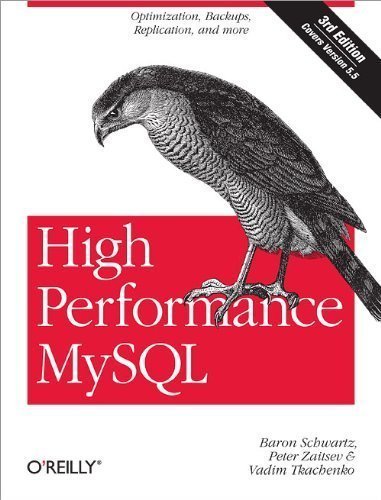 You can decompose a join by running multiple single-table queries instead of a multitable join, and then performing the join in the application. For example, instead of this single query:

Why on earth would you do this ? It looks wasteful at first glance, because you've increased the number of queries without getting anything in return. However, such restructuring can actually give significant performance advantages:

As a result, doings joins in the application can be more efficient when you cache and reuse a lot of data from earlier queries, you distribute data across multiple servers, you replace joins with IN() lists, or a join refers to the same table multiple times.

I like the first bulletpoint because InnoDB is a little heavy-handed when it crosschecks the query cache.

As for the last bulletpoint, I wrote a post back on Mar 11, 2013 (Is there an execution difference between a JOIN condition and a WHERE condition?) that describes the nested loop algorithm. After reading it, you will see how good join decomposition may be.

As for all other points from the book, the developers really look for performance as the bottom line. Some rely on external means (outside of the application) for performance enhancements such as using a fast disk, get more CPUs/Cores, tuning the storage engine, and tuning the configuration file. Others will buckle down and write better code. Some may resort to coding all the business intelligence in Stored Procedures but still not apply join decomposition (See What are the arguments against or for putting application logic in the database layer? along with the other posts). It's all up to the culture and tolerance of each developer shop.

Some may be satisfied with performance and not touch the code anymore. Other simply don't realize there are great benefits one can reap if they try join composition.

For those developers that are willing ...

In Postgres (and probably any RDBMS to a similar extent, MySQL to a lesser extent), fewer queries are almost always much faster.

The overhead of parsing and planning multiple queries is already more than any possible gain in most cases.

Not to speak of additional work to be done in the client, combining the results, which is typically much slower at that. An RDBMS specializes in that kind of task and operations are based on original data types. No casting to text and back for intermediate results or transforming to native types of the client, which may even lead to less correct (or incorrect!) results. Think of floating point numbers ...

You also transfer more data between DB server and client. This may be negligible for a hand full of values, or make a huge difference.

Depending on your setup, network latency alone may take longer than all the rest by orders of magnitude.

Related question on SO:

There may be a turning point for very big, long running queries because transactions collect locks on DB rows on the way. Very big queries may hold many locks for an extended period of time which may cause friction with concurrent queries.

The performance loss is mostly given by first joining everything together than filtering in the end by a where clause.

How about integrating the where into the join ON statement and if you have multiple joins intelligently order them so the most filtering is done in the first join reducing the rows to be used in the subsequent joins.

In t-sql this can greatly enhance the speed of the query as most rows from tag_post are filtered out in the first join step (given you have many different tags).

81
What are the arguments against or for putting application logic in the database layer?
30
Why query_cache_type is disabled by default start from MySQL 5.6?
24
Is the overhead of frequent query cache invalidation ever worth it?
18
Is there an execution difference between a JOIN condition and a WHERE condition?
0
How to better perform a query split into subqueries in PHP

12
Why is an aggregate query significantly faster with a GROUP BY clause than without one?
49
Are individual queries faster than joins?
8
If foreign keys/cascade deletes are bad, why use a database-server with that feature?
2
MySQL update one table from another joined many-to-many
2
Faster query when joining data from multiple tables
0
Changing numeric type slow down query big time for postgres
0
Postgres: Faster query when adding useless JOIN
0
Why is my big Postgres query faster if I separate it into 3 smaller queries?