Can't map invalid columns based on column names in a .dtsx-Package

I have the following problem. I currently have to modify a .dtsx-Package which was originally created by a coworker who is not arounf anymore. This package contains some logic but above all it does the following: 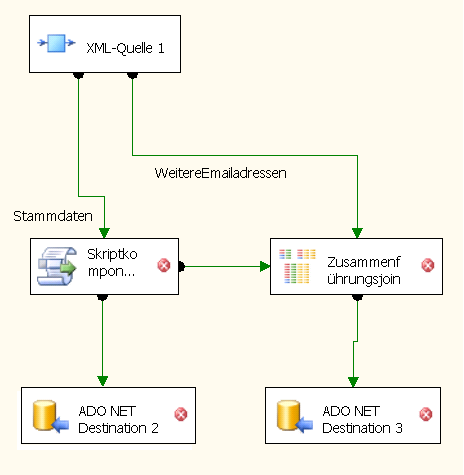 So the rest of the package is huge and it works fine. But for this one component I have had trouble for several days now. Here everything works fine, except for the Merge-Join node. normally if I open the editor I am always able to map the column names according to their names. In this case this very same window looks as follows: 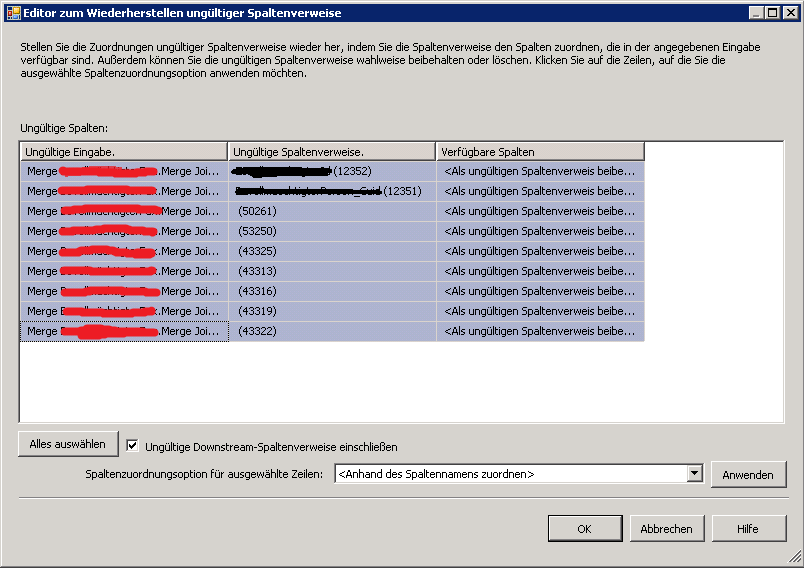 As you can see there are no mapping possible as this dialog doesn't show any column names, so every time I try it nothing happens.

Any ideas? Note the very same procedure works throughout the entire package, it is only in this one task where it behaves kinda strange.

Something has happened such that the source column doesn't exist any more and the mapping is broken. In the bottom drop down, "spaltzenzuodnungsoption..." there should be 3? options. You want the one that says delete. This will remove all the mappings so you can start over.

Not the answer you're looking for? Browse other questions tagged sql-server ssis merge or ask your own question.