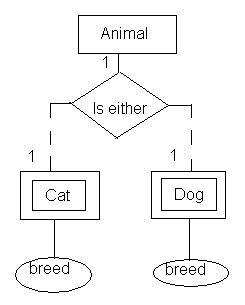 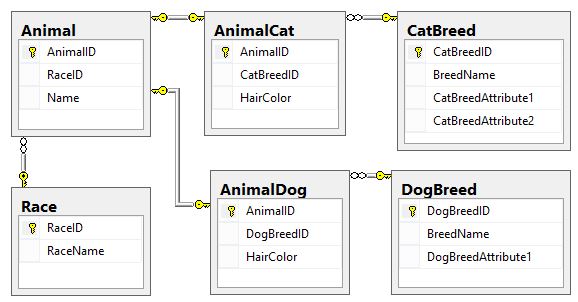 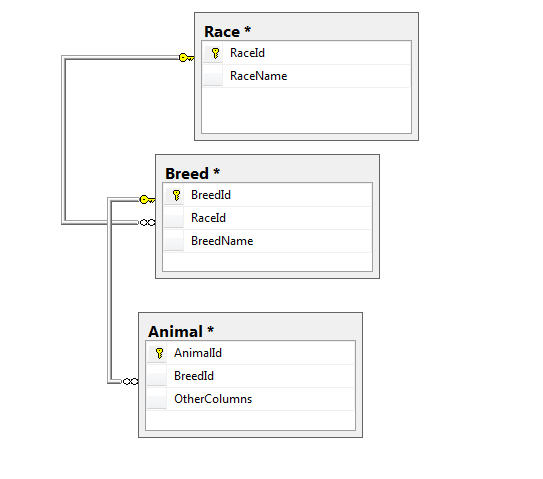 21
Implementing subtype of a subtype in type/subtype design pattern with mutually exclusive subclasses
5
How to Implement Different Object Types as Similar Tables?
4
Abstract classes in SQL Server. Are they even possible?
1
designing a database with type and sub type
1
Heterogeneous ordered list of value

2
MySQL - unique constraints design
2
Can't finish my ER diagram
3
Can't convert this type of ER diagram into SQL or relational tables
1
Tables for two type of users in database. How to solve this problem?
6
Is it possible for a weak entity, already related to a strong entity, to get related to another weak entity in an ER diagram?
6
Solving supertype-subtype relationship without sacrificing data consistency in a relational database
1
How to represent foreign key in an Extended ER Model in Chen notation?
3
How can I go about building a relationship with variable but ordered number of columns in a table?