I recently upgraded my local SQL Server to Version 2014, which also installed the SSMS 2014.
When using SQL Server Management Studio 2014 to create a backup (both local and remote, Server Versions 2008 - 2014), I get the following error:

In the dropdown I chose Disk and I've also chosen a path for the backup. The path exists on the server and I've got full permission on this path.
If I use the old SQL Server Management Studio 2012 with the same settings, the backup works without any issues.
It also works using T-SQL BACKUP DATABASE SOMEDATABASE TO DISK = 'D:\SomeDir\SomeDataBase.bak' WITH COMPRESSION

So the issue has to be specific with the Management Tools Version 2014. The only solutions I found on the internet were due to missing path, which isn't the case for me.
Has anyone experienced and/or solved this issue? 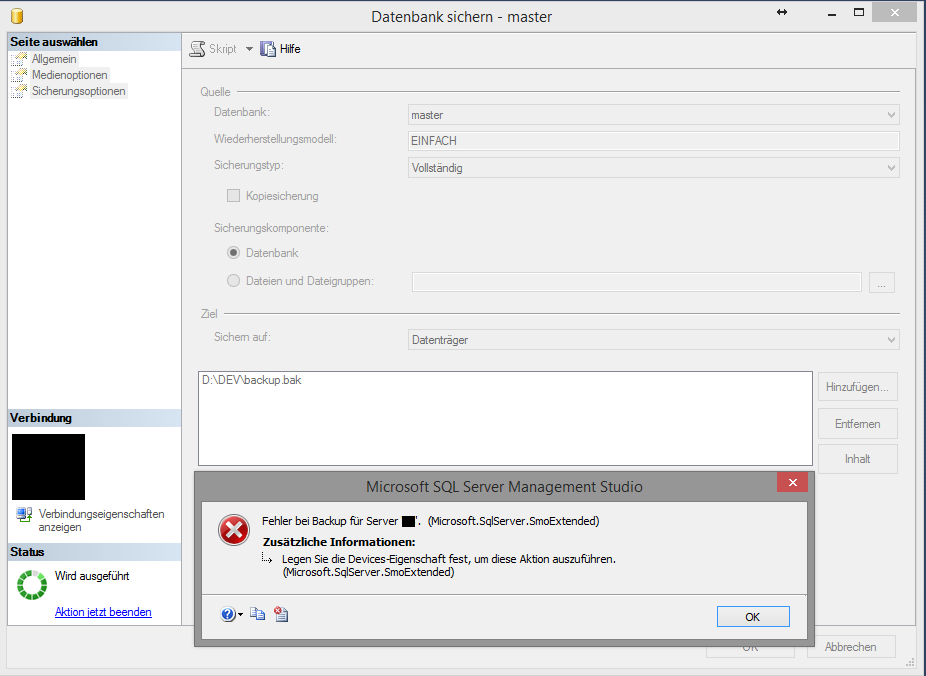 Media and security options unchanged. Master database was just taken as example, happens to every other database. 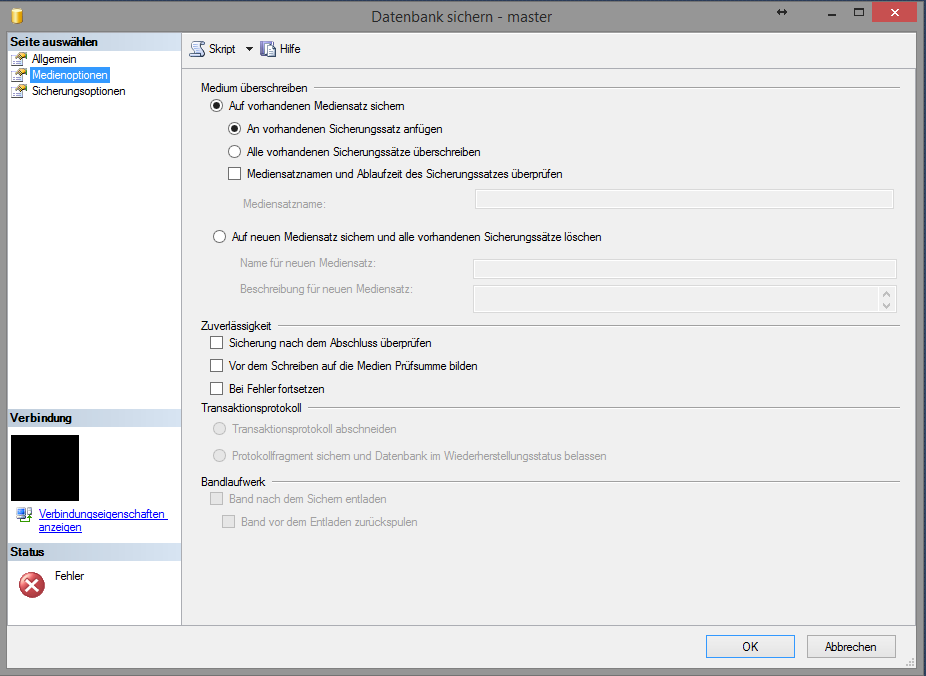 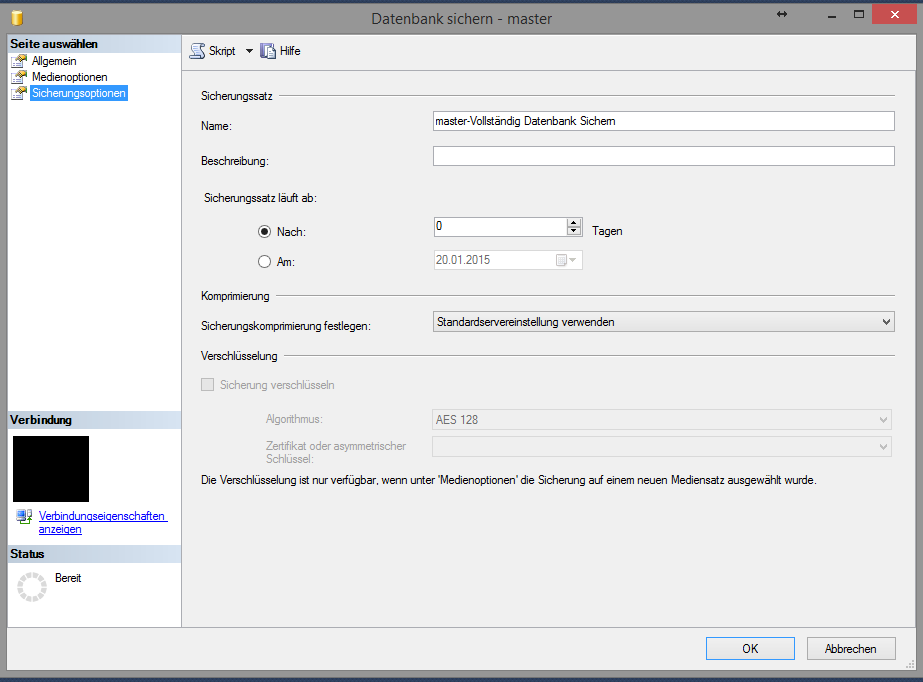 Thanks for all contributions.

I fixed the same symptoms/issue (which surfaced after I reinstalled the Visual Studio 2010 Isolated Shell, on which SSMS depends as a component) by removing the 2010 Visal Studio Isolated Shell and then repairing SSMS 2014 (download SSMS 2014 SP1 from here):

Here is my Answer for Error message "To accomplish this action, set property Devices. (Microsoft.SqlServer.SmoExtended)"

Right Click and create a "New BackUp Device.." and call it the same as the DB to be backed up... pointing to a directory on your server (e.g.: C:\MySQLBackups...)

This will create an "empty file" with the .bak extention. (e.g. C:\MySQLBackups\DatabaseName.bak)

Then right-click on this new device created and select "Backup database"...

The rest is straight forward...

I could be wrong, (especially since I don't know German) but looking at the options on the second screen (Media Options), did you try doing "back up to a new media set", instead of an existing one? In 2014 there are additional options. Since it is a 2012 database you are trying to back up, there are probably defaults set in those options which are incompatible.

Not the answer you're looking for? Browse other questions tagged sql-server sql-server-2014 ssms or ask your own question.