I just noticed that I have the following services running:

What I would like to accomplish here is to maintain the databases I have in (local). How can I tell which instance this is running against?

Also, have the Express Edition completely removed and install either the Developer / Enterprise edition of SQL Server with the Management Studio interface. I ultimately want to have SQL Profiler at the end of the day.

I don't mind if I have to remove everything services, instances, management studios, etc.

As long as I can end up with 3 things:

Edit:
I have downloaded SQL Server 2008 R2 Developer (x86, x64, ia64) - DVD (English) from MSDN. However, according to the installation I already have Management Tools - Basic installed. 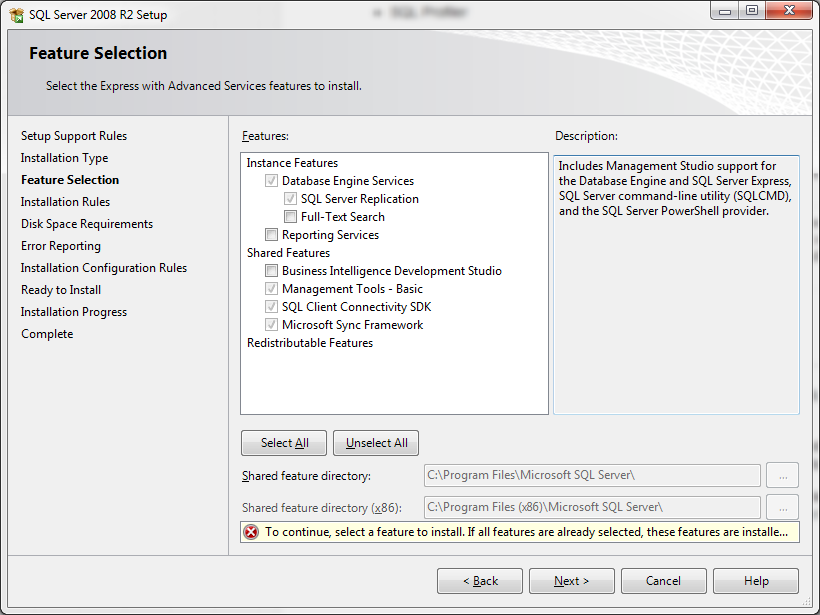 Edit2:
I actually created a new instance and I was given additional the 2 Management Tools options in the installation, as mentioned by mrdenny.

If your only goal here is to get SSMS and SQL Profiler from the normal edition and not the express edition of SSMS that's easy, just install the tools from the Developer edition DVD / ISO.

Launch the installer, get through to the list of services. Select only the management studio options (there are two, one under the other) and finish the wizard. This will give you the tools and leave your instances alone.

Not the answer you're looking for? Browse other questions tagged sql-server-2008 ssms sql-server-express or ask your own question.