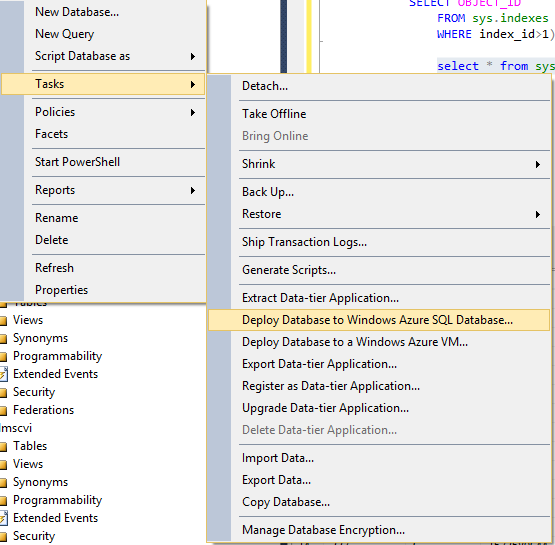 When the wizard launches, it has incorrect (outdated) database settings available: 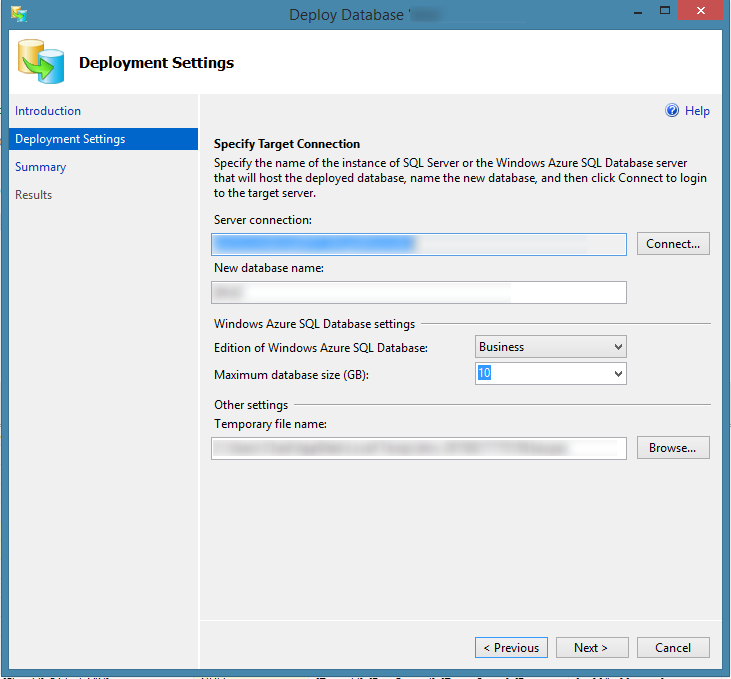 SQL Azure no longer uses "Web" and "Business" models, and when I try to perform the deployment it fails with the error message

I receive the same error when I attempt to run "Import Data-tier Application" using a .bacpac of my database. The settings are also old for that interface.

It appears SSMS is using an older deployment wizard. How do I correct this?

I fired up a SQL Server 2014 VM on Azure and tried performing the same task. I observed the VM version of SSMS has a newer version number (right) than my local copy of SSMS (left):

I see no pending updates from Windows Update, however.

I wouldn't have been able to find the solution to this problem if you hadn't decided to open the VM on azure and check the version numbers, so thank you!

You can find the hotfix Here

You now back up the file and then import the backup on to the azure box I tried multiple version of SSMS and not in them any more. Was last in SSMS 2014, where you need SP1 to get the new azure dbd type as WEB etc was retired. 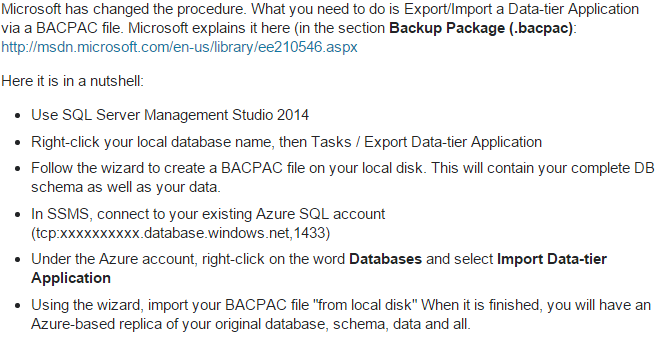 Not the answer you're looking for? Browse other questions tagged ssms azure-sql-database or ask your own question.