Is Neo4j 2 replication architecture a master-slave or multi-master?

When running Neo4j in HA mode there is always a single master and zero or more slaves. Compared to other master-slave replication setups Neo4j HA can handle write requests on all machines so there is no need to redirect those to the master specifically.

And in wikipedia about Multi-master replication

Is that means that is a multi-master architecture? What is the difference if not. Thanks

Neo4j is a master-slave cluster.

While you can write to slaves for safety, it will take locks on the master and affect your whole cluster's performance.

DISCLAIMER : Not a Neo4j expert

IMHO I would yes because the architecture link you gave sounds a lot like Percona XtraDB Cluster. The underlying replication scheme is driven by Galera. 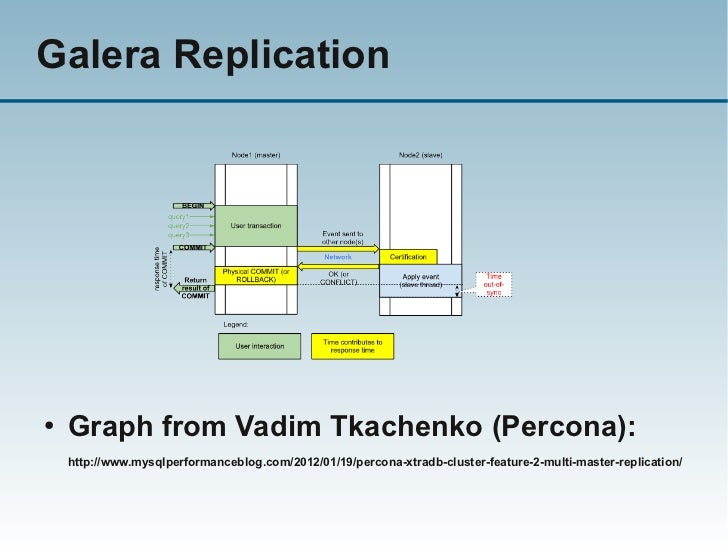 In essence, all nodes check with one another before doing transaction commits or rollbacks. This also means that you can run inserts, updates, and deletes on any node in the cluster and will propagate to the other nodes.

In your architecture link, it says

Not the answer you're looking for? Browse other questions tagged replication neo4j or ask your own question.