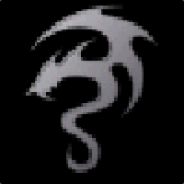 I started messing with code with QBasic back in 1992. Honestly I had no idea what I was doing and the internet wasn't really around so it was hard to learn but I tried my best to make small edit to programs (change the colors in Nibbles etc.). I also started tinkering with electronics and computers around the same time.

In 1998 I started doing data entry and we had a printer that never worked. I got fed up with it, brought some tools in, took it completely apart, fixed it and then put it back together. A guy in IT saw me do the whole thing and asked if I wanted to come back and do desktop support (I enthusiastically said yes). So I learned desktop support and progressed to system administrator by 2000 and had a staff of desktop support people under me by 2001. Our DBA left and so I took on the DBA role as best as I could as well (SQL Server 6.5). While doing this I was going to college and learning programming (VB/C++).

In late 2001 I joined another company as a HTML programmer and within a months I had been promoted to ASP.NET developer with some SQL dev. About eight months after that my boss realized I had been fixing all the random bugs at the company (something I was doing for fun when I wasn't busy) and promoted me to be on the SQL DBA and Code QA team. I learned how to be a (real) SQL DBA on this team and starting learning C# on my own as well.

In 2006 I became a full time SQL DBA at another company. Another employee left shortly after so I became the SQL DBA, Network Admin, System Admin. A few years later I also did some ASP.NET programming for some side projects of my boss (the CTO). Despite doing all this my boss always said I did the job "amazingly" - I guess I'll take his word for it.

In 2011 that company was bought and I moved to being a SQL DBA and sometimes some programming at the new company where I work on databases that are in the dozens of terabytes.

I've been truly blessed to have such a fast moving career track and want to help others so that they may do the same.