SQL Server 2012 CPU spike due to LinkedServer - how to find the offending query?

As part of another question (SQL Server 2012 performance issues (maybe due to linked server)) I've identified a CPU spike to be directly related to a spike in Bytes Received, which leads me to believe it is likely due to the link server.

2 servers, one server accesses a database on the first via a linked server, for nice diagram, please see SQL Server 2012 performance issues (maybe due to linked server) 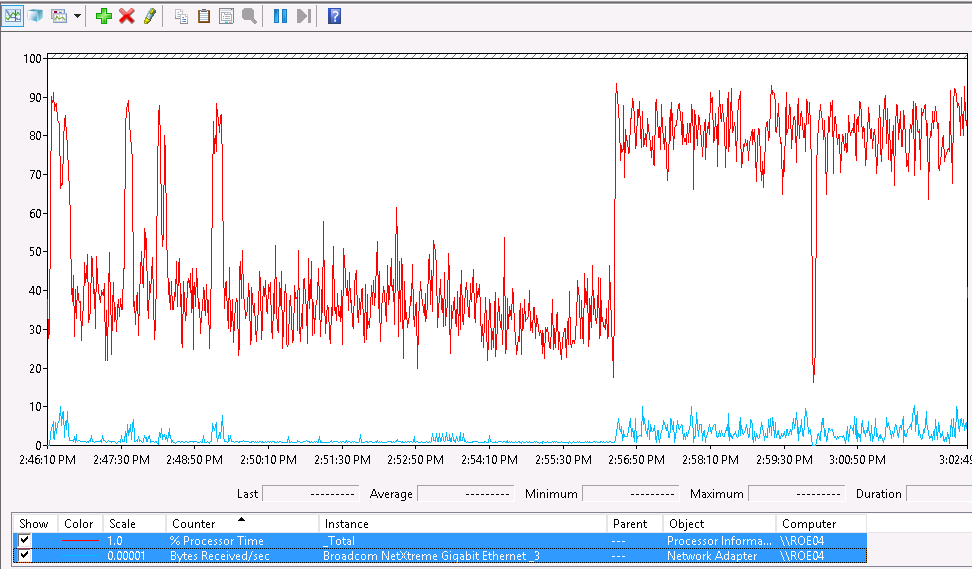 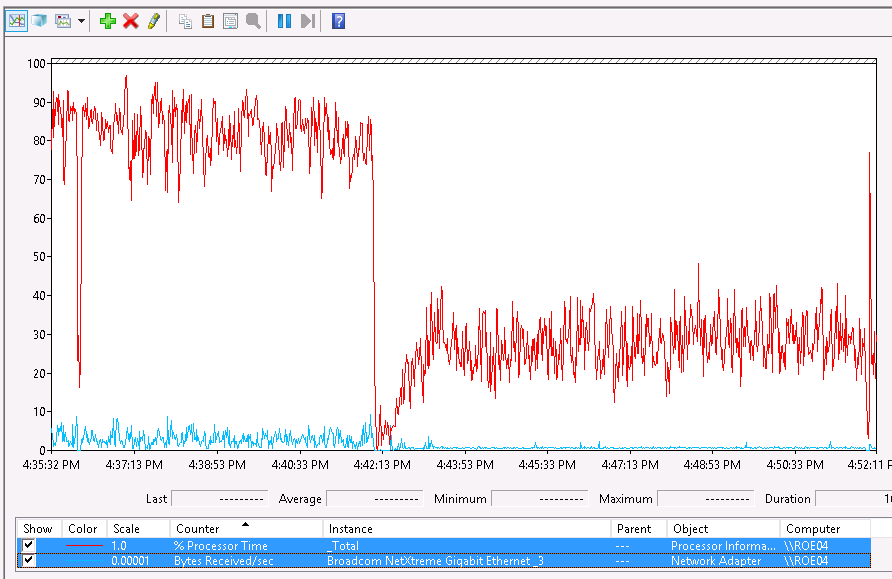 QUESTION How to find which queries could be causing it??

TYPES OF QUERIES WE RUN

I've went through all our stored procedures, and they are optimized. Here are the types of linked server access that we do:

select one value from remote table

I believe all of these are optimized, yet, it appears we are joining tables over the linked server!

Some interesting wait stats that I do not know how to interpret. Ran a query from http://www.sqlskills.com/blogs/paul/wait-statistics-or-please-tell-me-where-it-hurts/

I get this DURING the CPU spike:

I get this when there is no CPU spike:

These wait times are on the server with DB2, the SQL 2012 server which accesses a remote database on another server running sql server 2008 (for diagram, see SQL Server 2012 performance issues (maybe due to linked server)

We've also found that, restarting SQL Server helps - we could be getting intermittent spikes for hours, many times an hour, then after restart, no spikes for an hour or more..

As suggested by @EdwardDortland, I used Process explorer to see what thread is consuming most CPU during the slow down

unfortunately, no single thread shows up as the main culprit - during CPU spike, simply all threads consume more CPU. although I am seeing a lot more threads highlighted in red (meaning deleted) during the CPU spike - not sure how to interpret this.

Threads before the CPU spike 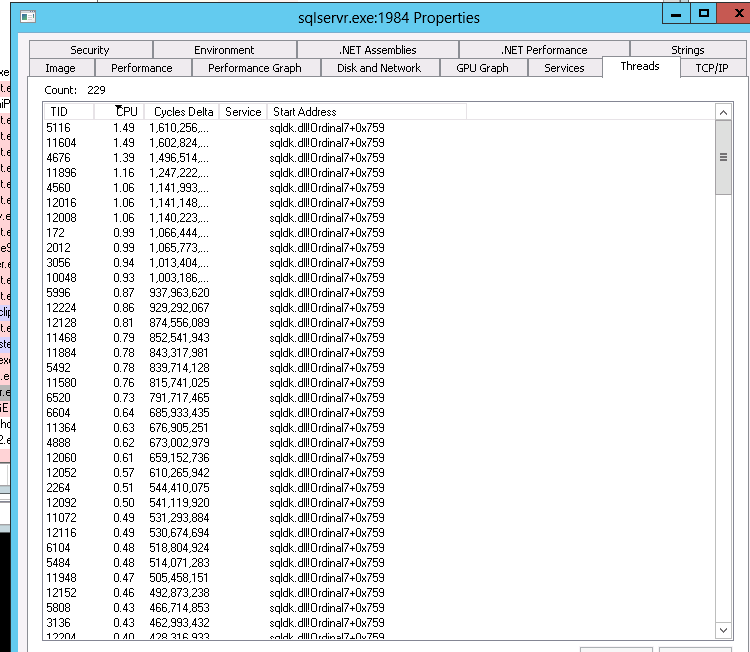 Threads during the CPU spike 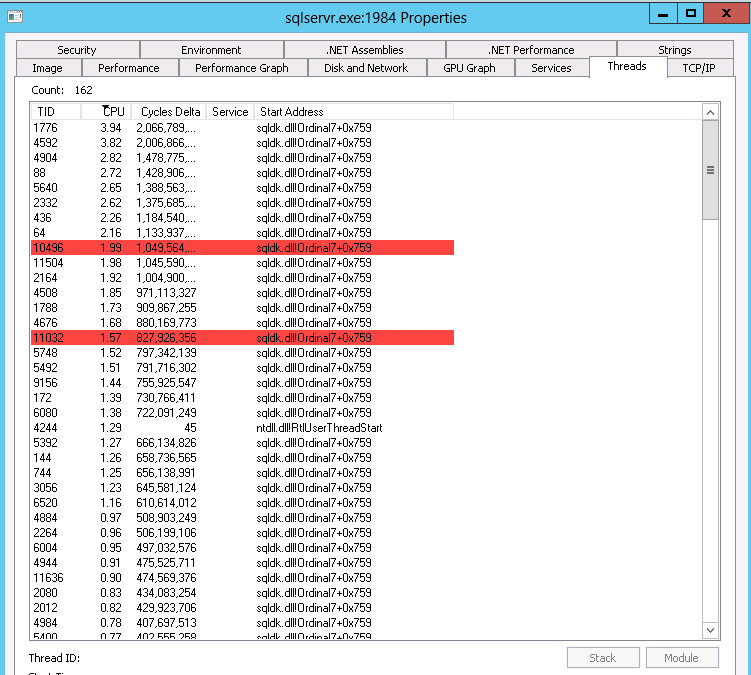 To answer the question: How to find the offending query:

Since the spikes in the graph you posted last for several minutes you have plenty of time to use the following method:

Use this query and lookup the query that is currently being executed by that thread:

Since I found the reason for the issues, I would like to share it incase someone else may be facing a similar situation.

The reason for my problem, was not the linked server, but simply resources contention - simply not enough memory for the SQL Server with these databases!

SO - if you have similar symptoms, it could be simply memory.

Reason why this was not obvious for us, is because there was plenty of memory left on the server, because wrong (32bit) version of SQL Server was installed - it was simply not using more memory because it could not

For a great way of checking for memory pressure, see comments in this question https://dba.stackexchange.com/questions/55028/sql-server-2012-sp1-cu7-much-slower-than-sql-server-2008 - thanks Paul White and others for their insight!

Not the answer you're looking for? Browse other questions tagged sql-server sql-server-2012 linked-server or ask your own question.