Seems there is some other questions like this out there, but none focused on why an index wouldn't be used.

And the resulting execution plans: 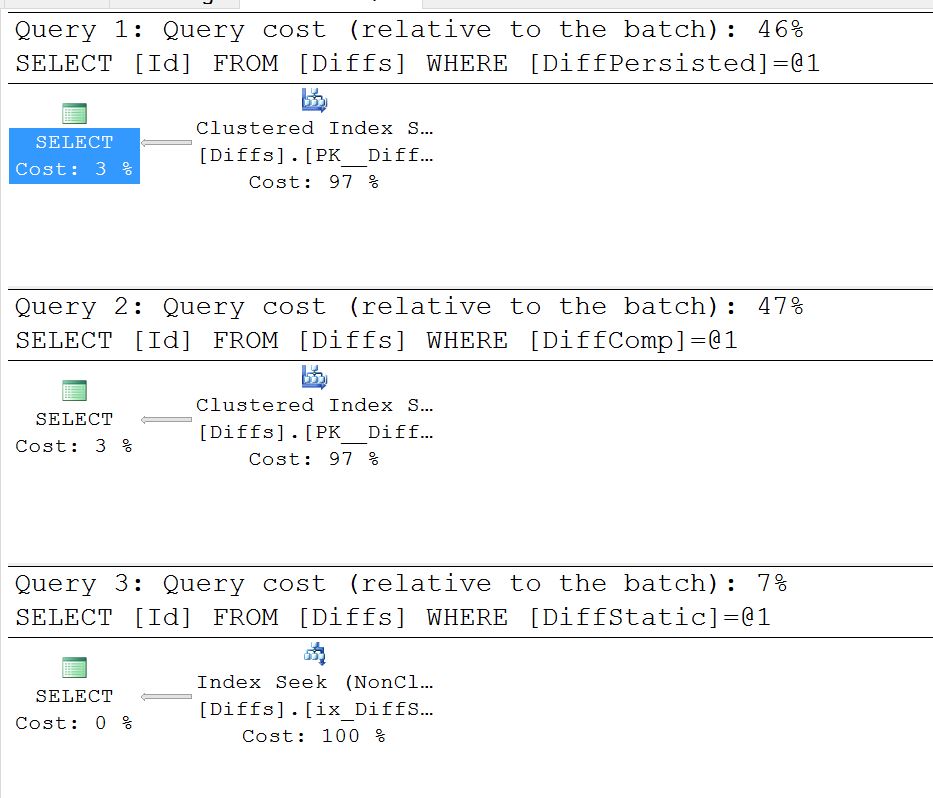 Try with COALESCE instead of ISNULL. With ISNULL, SQL Server doesn't seem capable of pushing a predicate against the narrower index, and therefore has to scan the clustered to find the information.

That said, if you stick with a static column, a filtered index might make more sense, and will have lower I/O costs (all depending on how many rows typically match the filter predicate) e.g.:

This is a specific limitation of the SQL Server computed column matching logic, when an outermost ISNULL is used, and the datatype of the column is bit.

To avoid the issue, any of the following workarounds may be employed:

The heart of the issue is that without trace flag 176, all computed column references in a query (even persisted) are always expanded into the underlying definition very early in query compilation.

The idea of expansion is that it could enable simplifications and rewrites that can only work on the definition, not on the column name alone. For example, there may be predicates in the query referencing that computed column that could make part of the calculation redundant, or otherwise more constrained.

Unchanged computed column expressions match back to the original computed column without issue in most cases. There appears to be a bug when specific to matching an expression of bit type, with an outermost ISNULL. Matching is unsuccessful in this specific case, even where a detailed examination of the internals shows that it should succeed.

Not the answer you're looking for? Browse other questions tagged sql-server index-tuning computed-column or ask your own question.

4
Why is the result of a totally deterministic and all-encompassing "case" in select query in view nullable?